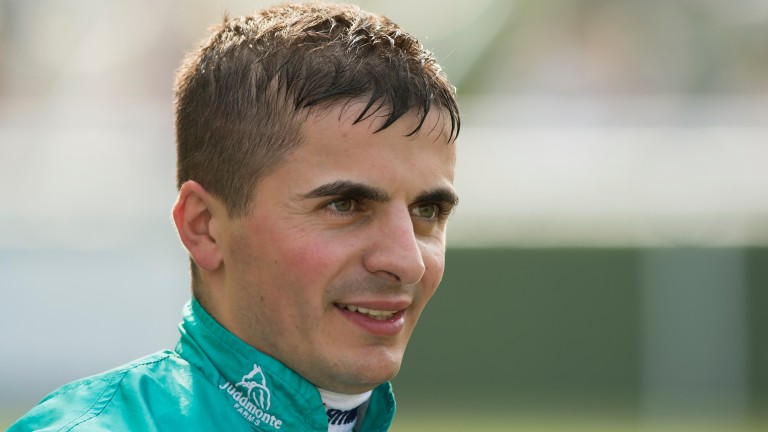 Andrea Atzeni: starts his six-week stint in America on Friday

Andrea Atzeni has his first rides at Santa Anita on Friday as he begins a stint in California.

Atzeni, who rode a Grade 1 double at Woodbine in Canada in October and was in action at the Breeders’ Cup at Churchill Downs in Kentucky the following month, intends to spend around six weeks in California.

He rides for British-born trainers Simon Callaghan and Neil Drysdale on Friday and Saturday, with fives mounts across the two days, including Kodiak West in the Grade 1 American Oaks on Saturday.

One of four races live on ITV from Prestbury Park that day, the Relkeel entry also includes Apple’s Shakira, Clyne and Wholestone.

Defi Du Seuil is among 12 entries for the Grade 2 BetBright Dipper Novices’ Chase on the same card.

Classy Shantou Flyer out to cement Cheltenham credentials at Taunton |...

Your chance to sound off on the best and worst of...

BHA clashes with Tim Farron over equine welfare ahead of Westminster...