Gordon Elliott’s Apple’s Jade has looked imperious so far this season, banishing the memory of her defeats at Cheltenham and Punchestown in the spring.

A routine victory on her return to action in the Lismullen Hurdle set her up perfectly for the Hatton’s Grace, where she sauntered to a 20-length win over Supasundae.

She is stepping back up in trip – but having won this race on her only previous try over three miles last year that should not be an issue.

The maroon silks will also be carried by Cracking Smart, not sighted since finishing second to Next Destination in a Grade One Novice Hurdle at Naas in January.

“We’ve decided to stay hurdling with the other horse (Cracking Smart). Hopefully he’ll run well, but I’m sure he’ll come on for it,” added O’Leary. 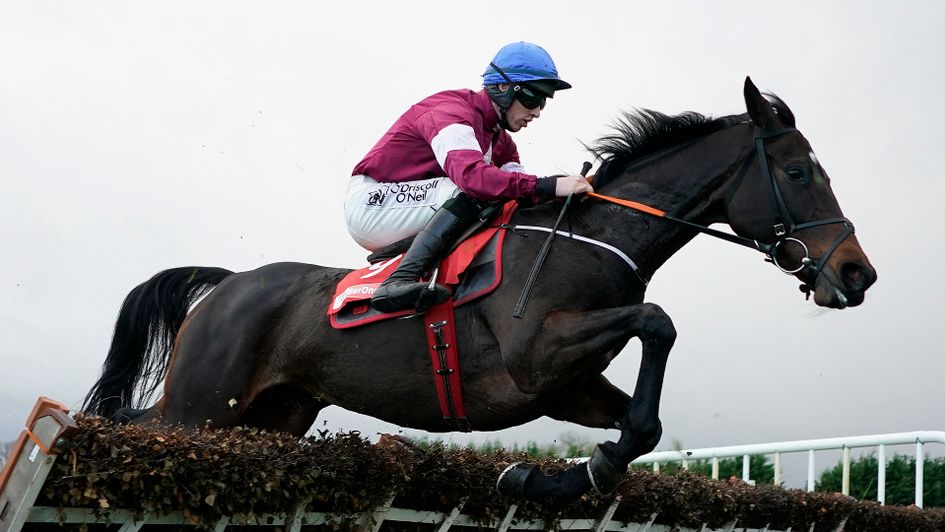 Faugheen was expected to make a winning return in the Morgiana Hurdle, but it did not go to plan as his stablemate Sharjah breezed past him.

Previously he had looked as good as ever up to three miles at Punchestown and Willie Mullins will be hoping the step back up in trip works the oracle.

“If he can reproduce his performance from Punchestown he’ll put it up to Apple’s Jade, but she was exceptional the last day in Fairyhouse and will probably be hard to beat,” said son and assistant, Patrick. “However, she’s probably best going right-handed.

“Faugheen is going to have to run right up to his best, right up to what he did at Punchestown in April, to beat her.”

“Bapaume wasn’t beaten far by Apple’s Jade in this last year and we were quite happy with his run at Fairyhouse, so we’ll be expecting him to finish in the money again, but it’s hard to see him winning, he’d need a career-best. Shaneshill fell at the last in this a couple of years ago and it’s been a struggle for him since.”

The remaining two runners are owned by JP McManus in former champion hurdler Jezki for Jessica Harrington and Early Doors for Joseph O’Brien.