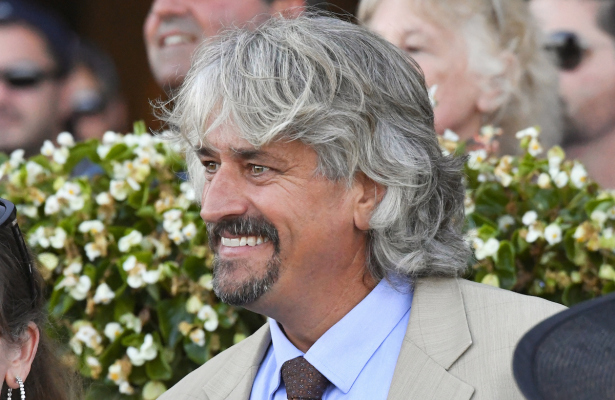 For the second consecutive year, Hall of Famer Steve Asmussen claimed the top prize in the Maryland Jockey Club’s $100,000 bonus program offered to trainers for their participation in stakes races over Preakness weekend at legendary Pimlico Race Course.

To be eligible, trainers had to run a minimum of five horses in 15 stakes races during Preakness weekend. Points were accumulated for finishing first (10 points), second (seven), third (five), fourth (three) and having a starter (one) among the 15 stakes, eight graded, worth $3.7 million in purses.

Bonus money totaling $50,000 was also offered for trainers having the most points in non-stakes races during Preakness weekend, with points accumulated in similar fashion. New York-based Linda Rice finished first with 22 points, earning the top bonus of $25,000.

Racing! Gallant Fox nails down the No. 9 position in Triple...

Discreet Lover looking for some respect in Woodward Stakes