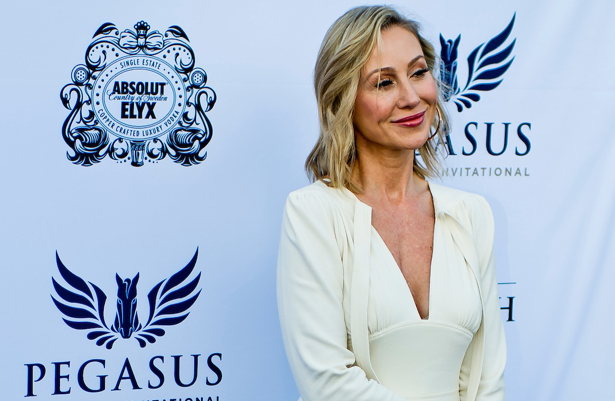 Responding to a lawsuit filed last October by Frank Stronach alleging his daughter has mismanaged the family’s assets as chair of the The Stronach Group, Belinda Stronach filed counter suit Monday saying she was guiding the business away from “unprofitable projects,” according to a Bloomberg.com report.

Belinda Stronach is seeking $25 million from her father who, per Bloomberg, was characterized as a businessman whose “judgement is not at all what it once was” by Stronach Group CEO Alon Ossip, a co-defendant in the original lawsuit.

The new defense points to failed “passion projects,” including $157 million in Thoroughbred operations. The Stronach Group, of course, owns and operates top tracks such as Gulfstream Park and Santa Anita Park. Its Adena Springs Farm also breeds and races horses.

One of those projects, a 100-foot statue of Pegasus defeating a dragon, will be in the spotlight this week as Gulfstream hosts the Pegasus World Cup Invitational Series, the richest dirt ($9 million) and turf ($7 million) races in North America.

The defense argues the Pegasus statue, second tallest in the country, is among pieces of evidence that illustrate the October lawsuit is “an attempt to force (The Stronach Group) to fund Frank’s imprudent and, in some cases, fanciful schemes to the detriment of TSG and its stakeholders.”

Per Bloomberg, a second Pegasus statue is in storage in China, with the total cost for both $55 million.

Frank Stronach, founder and honorary chairman of The Stronach Group, claimed more than $500 million in damages in his original lawsuit that called for removal of Belinda Stronach from her position due to committing “a series of covert and unlawful actions” against the family. He has also requested a trial.

Triple Crown hopeful Justify readies for run at history, but it...

a look at thoroughbred breeding, sales

Longstanding owner Moss to focus on Australia in protest over prize-money...