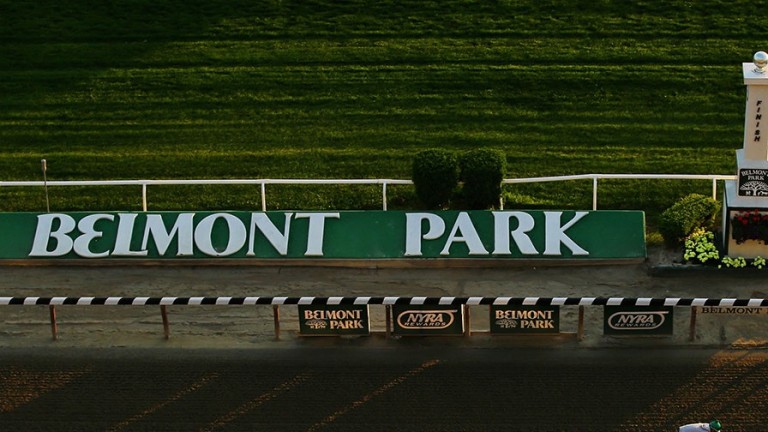 Belmont Park: racing was cancelled due to the extreme heat

As temperatures continued to soar across Britain and Ireland, the New York Racing Association cancelled the card at Belmont Park on Saturday because of extreme heat.

Temperatures approaching 100F (37.8C) in Elmont, New York, prior to racing made conditions unsuitable, according to a statement from NYRA.

The timing of the decision to cancel, minutes before the first race with horses in the saddling area, brought criticism from horsemen on social media.

Trainer Tom Morley was the most forceful. “So we treated the entire card, and let the first runners get saddled and the [horses for the] second race go to the holding barn before someone decided it was hot today,” Morley said on Twitter. “Amazing, the ineptitude and lack of respect for horses and humans alike is staggering.”

“Wait [until] the last minute to cancel,” jockey Jose Ortiz added on Twitter. “Horses in the paddock and others had been treated with Lasix. #ridiculous”

Morley clarified later, after talking with NYRA officials, that the decision was made because of a state regulation.

“Having talked to the powers that be, actually the temperature range for racing was supposed to remain within racing parameters,” Morley said. “This changed very late before first post. It’s a state regulation that they abided by.”

But jockey Rajiv Maragh commented on Twitter: “The temp range by the state regulation should be made public for future references. So should the min temp for cold days and the max wind speed for racing parameters. Those are main factors to cancel and it would be good for the horsemen and general public to know.”

Belmont’s Sunday feature race, the $100,000 Saginaw Stakes for New York-bred four-year-olds and upward, will be rescheduled.

Delaware Park also announced the cancellation of its Sunday card because of forecast extreme heat. A statement from Delaware Park said the decision was made “upon the recommendation of the chief commission veterinarian of the Delaware Thoroughbred Racing Commission”.

Visit www.bloodhorse.com for more news on US racing

When riders disagree: three other fallouts between weighing room colleagues |...

Faces of Africa – Horse Racing For Unity, Part One

Hughie Morrison to find out the result of his doping case...