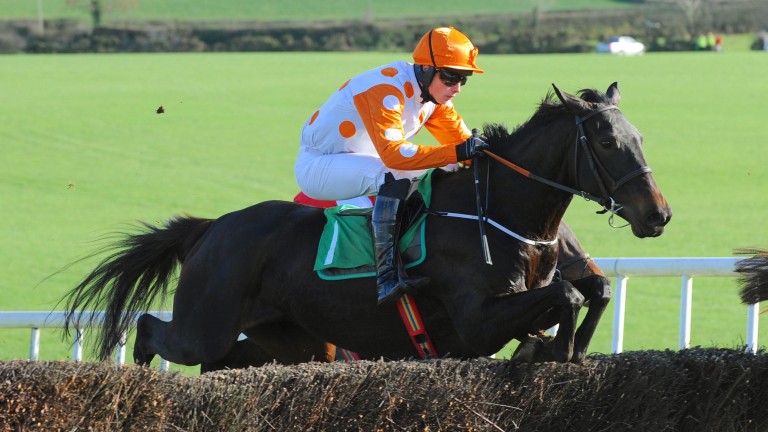 For the second year in succession, leading mare Sliabh Mhuire Lass was turned over at short odds in the A One Tyres mares’ open, this time being soundly beaten by Bloodstream.

Twelve months ago the chestnut Grandera mare was forced to pull up in the testing conditions and, although the ground was a lot quicker this time, she was unable to supplement this month’s impressive Loughrea victory.

The six-year-old Bloodstream had already accounted for the favourite when they met at Belclare in March and John Murphy’s daughter of Scorpion backed that up with an eight-length victory in the hands of the handler’s son Luke.

“We thought she would need the run as it looked a tough race but Luke said she was never better,” said the winning handler.

“She’s a straightforward mare and enjoys her racing. We’ll keep her pointing in mares’ opens and see how things are going in the spring, then maybe go for a hunter chase.”

Favourite backers recouped some of their losses 30 minutes later in the Wilsons Auctions older geldings’ maiden when Hi Murphy cruised to victory thanks to a super-cool ride by Noel McParlan as they beat Pegase Amour by a neck.

Bred by owner Peter Murphy, the Gamut gelding was entitled to win this four-runner contest comfortably on the form of his run against younger horses at Louganmore in May and the father-and-son team of Sean and Noel McParlan will hope he can progress, with McParlan snr indicating they would now go for a winners-of-one race.

Donnchadh Doyle is ensuring his trips across the border are worthwhile this season and he moved to the head of the handlers’ table with a fifth success of the campaign when Winged Leader landed the Dennison Commercials four-year-old geldings’ maiden.

A €24,000 purchase from the Goffs Land Rover sale, the Monbeg Syndicate-owned gelding left some disappointing efforts behind him to return to the promise of his Dromahane debut and beat newcomer Old Jewry by six lengths.

“He had a lovely run first time out but we couldn’t really get him back to the same form. He travelled well and really jumped his way into the race. He could have another run in winners’ company before heading to the sales,” said winning rider Rob James.

While Doyle has dominated the four-year-old maidens on northern cards this season, Colin McKeever is beginning to do the same with the five-year-old geldings’ maidens in the region.

After saddling a winner in that age group at Portrush seven days earlier, he sent out Chosen Mate to win the Dennison JCB-sponsored race on Saturday’s card.

The son of Well Chosen had failed to make an impact on his debut in the race won by the now three-time track winner Push The Tempo at Punchestown in February, but the quicker conditions brought considerable improvement and he became the third winner to emerge from that race with his five-length victory over No Hidden Charges.

Carrying the colours of his handler, Chosen Mate gave winning rider Derek O’Connor his fourth success of the season.

“He was sore after his run in Punchestown, so we took our time with him as he was only broken as a four-year-old,” said McKeever.

“Derek got off him there and said he had a good blow and should win a winners’ race. If he’s not sold he’ll run again in points.”

For the second year in a row, Johnny Sue made a winning reappearance, this time in the Conduit at Tullyraine House Stud winners of two contest.

Returning from an unsuccessful four-run spell under rules, the Pa King-ridden seven-year-old quickly picked up where he had left off with his Lingstown success 11 months ago to defeat School Lane by eight lengths for his owner-handler Willie Murphy.

“He’s a very good horse but for some reason it just hasn’t happened for him on the track. He’ll stay pointing for the time being and could maybe go for a hunter chase,” said the Carlow-based handler.

Harry Kelly has his string in top form and, six days after his Tipperary yard was among the winners at Tinahely, he saddled newcomer Whatcolourishe to land the McIldowies Solicitors mares’ maiden by a length from Le Hachette with talented 5lb claimer Paul Cawley in the saddle.

A half-sister to track performers Frankie Figg and Forgotten Gold, the daughter of Ask is from a family that Kelly knows well, having saddled her siblings Taggle Og and Babytaggle to win on the same Bandon card in February 2017.

He indicated that his second winner of the season would now be sold.

Grade 1 winner Wake Forest claimed for $8,000, to be retired