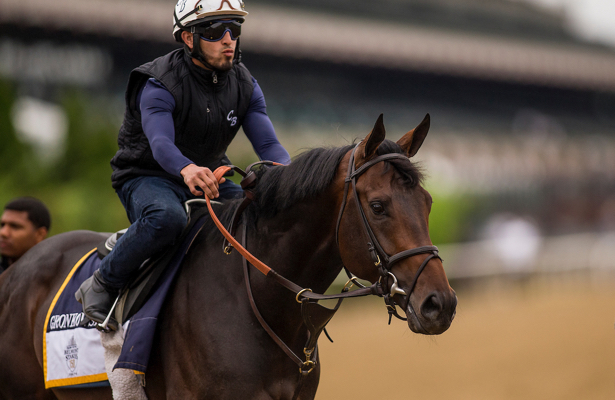 Meanwhile, Kentucky Derby runner-up Good Magic continues to train forwardly ahead of his return in the Grade 1 Haskell Invitational on July 29 at Monmouth Park. The chestnut colt by Curlin most recently worked five furlongs in 1:00.86 over the Belmont main track on Saturday.

Brown added that he hopes to get Belmont Stakes runner-up Gronkowski back on the worktab in the near future, but it seems unlikely that the Lonhro colt will make the Grade 2, $600,000 Jim Dandy on July 28 at Saratoga, his expected prep race for the Grade 1, $1.25 million Travers on August 25.

Gronkowski breezed once after he ran second to Triple Crown winner Justify, recording a four-furlong move on June 23 in 49.24 seconds.

“Gronkowski hasn’t been able to work, he had a minor issue we’re trying to get past,” he said. “But I’m hopeful he’ll get back to breezing soon, and if he does, we’d love to make the Travers with the horse. He’s missed a few breezes, but he hasn’t missed much training. I just didn’t feel comfortable breezing him. I’m hoping by next week.”

Five jumping stars to look forward to this weekend | Horse...