An unraced Derby entrant is fancied to make a big impression at Newbury on Saturday as our gallops insider unveils the latest whispers from the major training centres.

Newbury’s Carter Jonas Maiden Stakes has been the springboard for some high-class colts down the years and Saturday’s edition could contain a real quality prospect in SHAREEF STAR.

The unraced son of Sea The Stars is the first foal of a Listed winner in France and his price-tag rose from 200,000 dollars to 700,000 guineas as a yearling at Tattersalls Book 1.

He’s been given time to mature by Sir Michael Stoute and his final pieces of work prior to his weekend introduction have been more than satisfactory. Ryan Moore takes the ride and while dreams of a possible Derby tilt may prove a shade fanciful, the Dante could come under consideration if he passes the initial test with flying colours.

John Gosden’s stable has lit up with several smart winners during Craven week and it looks significant TAQDEER is his only runners on the valuable Newbury card.

The trainer used Doncaster’s Lincoln meeting as a stepping-stone for a number of next time out winners last season and this lightly-raced chestnut shaped well in seventh in the Spring Mile.

Sent off the 7/2 favourite on Town Moor, it’s a matter of time before he starts to recoup those losses. He has come forward physically following that first outing for almost two years and is expected to acquit himself well in the Elite Racing Club Supporting Greatwood Spring Cup Handicap.

It looks a potentially good day for William Haggas, whose string are looking particularly well in their coats despite the delayed onset of what now finally feels like spring.

HUMBOLT CURRENT has been doing everything asked of him in the build-up to his three-year-old bow in division one of the Dubai Duty Free Tennis Championships Maiden Stakes and he’s quietly fancied within the camp to make up into a smart horse this year.

Haggas and James Doyle combine again in the silks of the Queen with CALL TO MIND, who looks up to lowering the colours of Defoe in the Dubai Duty Free Finest Surprise Stakes – still very much known as the John Porter.

The four-year-old colt improved at the back-end following a defeat to Defoe at Hamilton and could be able to exact his revenge with Roger Varian’s charge possibly more in need of the run. 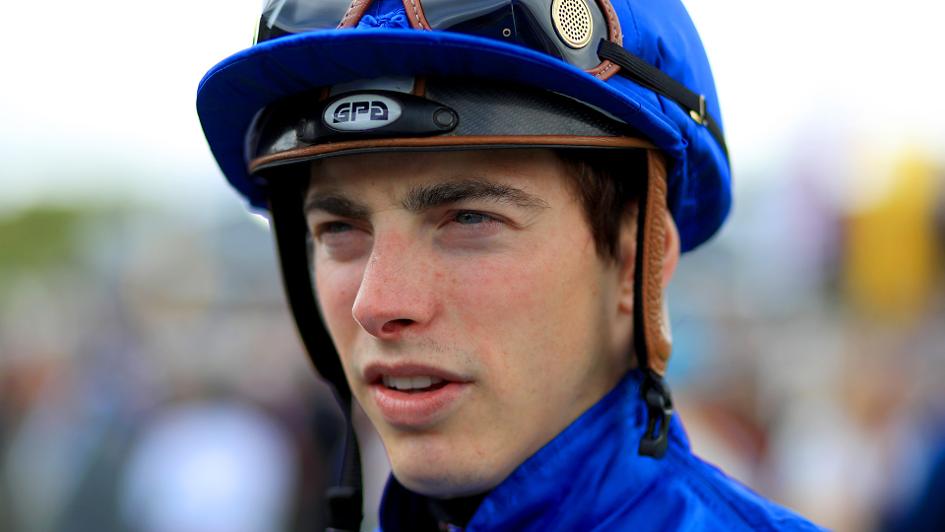 James Doyle has started the season in fine form

HE’S AMAZING is sure to come on for this comeback effort, but he produced two useful performances as a two-year-old, and should still go well in division two of the Dubai Duty Free Tennis Championships Maiden. This may be a slightly weaker hear to its sister race, and He’s Amazing may just edge out Eve Johnson Houghton’s Jack Crow.

EXPERT EYE is desperately hard to oppose in the Al Basti Equiworld Supporting Greatwood Greenham Stakes but you probably wouldn’t want your last dime riding on the returning Dewhurst flop, who has had some intensive stalls tuition during the off-season.

JAMES GARFIELD was a tough and honest two-year-old and has pleased Geroge Scott with his winter progress and recent work on the Al Bahathri all-weather gallop. He looks capable of at least keeping the short-priced favourite honest and rates very fair forecast material.

GAVOTA is just preferred to each-was prospect Dan’s Dream in the Dubai Duty Free Stakes. Roger Charlton was keen to win one of the back-end pattern events with this daughter of Bated Breath last autumn, but he was frustrated on both occasions, and put the defeats down to an inability to handle the undulations in the closing stages.

He will not have to worry too much on this occasion, and even though the seven furlongs may be a tad sharp for her, she should make her presence felt in an open race.

Dan’s Dream is held in high regard by Mick Channon and she hosed up in a small race at Bath on her comeback. This is a much tougher ask, but it would surprise no one at West Isley if she ran a good race.

ADAMANT is bound to come on a bundle for the run in the Dubai Duty Free Millennium Millionaire Handicap, but his powerful grey frame has been spotted in work as he builds towards this belated comeback.

After just the one run since October 2016, he’s obviously had an issue but he was always thought capable of winning more races from his generous-looking handicap mark and the patience shown by Stoute and the Highclere team looks like being rewarded at some stage. It will definitely be worth trying to sense the market vibes with him.

Stoute sends one to Thirsk, with new recruit ZAAKI a fascinating contender in the Lyndsey’s 40th Birthday Novice Stakes.

The 100-rated three-year-old sets a warm standard in this company and is entitled to improve on what he showed at two in the care of Mohamed Moubarak.

ARCHIE is the one at Wolverhampton to include in the Saturday staking plan as Richard Spencer’s recent acquisition drops back to seven furlongs for the Weatherbys Global Stallions App Handicap.

He is very well treated in this company and signed off for Tom Clover with a neck second off a similar mark at Kempton in October. He’s been around the yards since winning on debut for Tom Dascombe in 2014, but there are more races to be won with him this year.

North of the border, Nicky Henderson can finally end a very long wait and win the Coral Scottish Grand National with GOLD PRESENT at Ayr.

The champion trainer freely admits he has a unfortunate omission in an otherwise faultless CV in that he has never won a National of any description, but many are convinced at Seven Barrows that he will get few better opportunities of winning this particular version.

He has two leading players in the strong staying Beware The Bear and Gold Present. However, preference is just for the latter, who has improved steadily all season, and is back in good form after his warm-up outing at Cheltenham, where he hated the soft ground.

Conditions have dried out at Ayr this week, and this good looking and strongly made son of Presenting should be up to carrying his big weight. Beware The Bear has a strong each-way chance, as does the Neil Mulholland-trained Going Fine.

VERDANA BLUE can come out best of an even stronger Henderson representation in the QTS Scottish Champion Hurdle.

There were high hopes this much-improved mare would make a big show in the Betfair Hurdle at Newbury on her latest start, but after moving up menacingly between the third and second last, she was unable to go through with the effort in the very soft ground.

Verdana Blue was not given a Champion Hurdle entry out of blind optimism – she works like a class act at Seven Barrows – but her one drawback here is, so do her stablemates, Claimantakinforgain and Charli Parcs – who accompany her to post for a fascinating race. 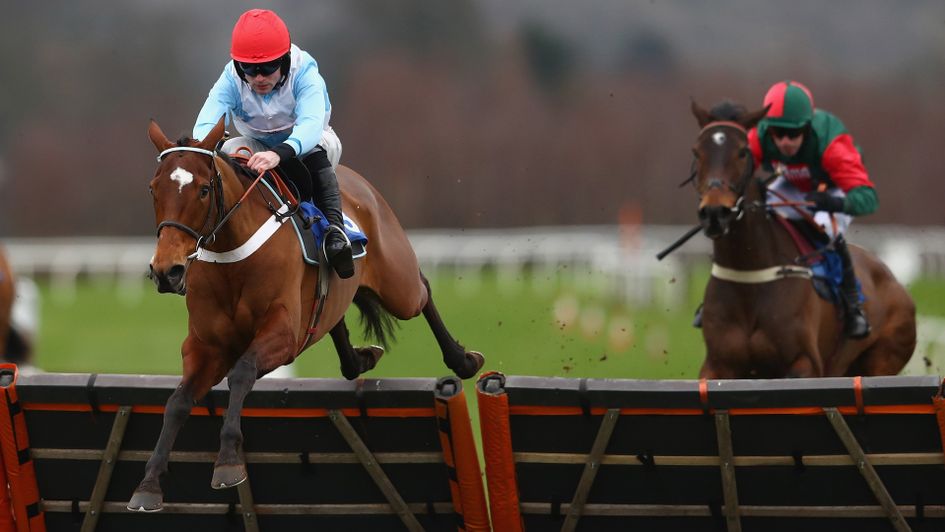 Verdana Blue is held in the highest regard

Henderson has a great record in the closing bumper on the card, and his representatives New Moon and Igor, will fly the banner high. However, this may be the time to support Tom Lacey’s very highly-rated individual SEBASTOPOL. He impressed many a wearied eye in a point to point at Larkhill back in the dark days of Winter, and he hails from a stable in unstoppable form at present.

MOUNT MORIAH can continue where he left off last season in the rescheduled Further Flight Stakes at Nottingham.

Ralph Beckett has his team well primed for start of the turf season proper, and the selection showed he comes to hand early with his win off 81 in a handicap at Newbury last May.

By season’s end, he had risen to an amazing 112, with a cracking effort in a top Group One behind him at Ascot. The fact that he did not win after August means conditions of this race suit him well, and he should be able to see off another progressive sort from last season, On To Victory.

Henry Candy has yet to make an imprint since the start of the turf season, but he is beginning to increase the tempo and CHOOSEY should underline the point in the 188Bet Handicap over five furlongs. Lightly raced as a juvenile, this speedster showed promise and looks the type to step up considerably on those performances in the weeks and months ahead.

WITHOUT PAROLE’s entry at Yarmouth next Tuesday has no doubt popped up on several radars and the Guineas and Dante entry has been giving off all the right signals. It’s hard to know quite how high this son of Frankel could scale and he is clearly getting one or two members of the Gosden camp pretty excited about what lies ahead.

editor - May 3, 2018
0
ITV1 will show live racing from Newmarket and Goodwood this Saturday. The highlight of the day is the QIPCO 2000 Guineas at Newmarket. Getty Images What...

The American President And His White House Hobby Horse – Horse...

what time is the horse racing on ITV4 TODAY?