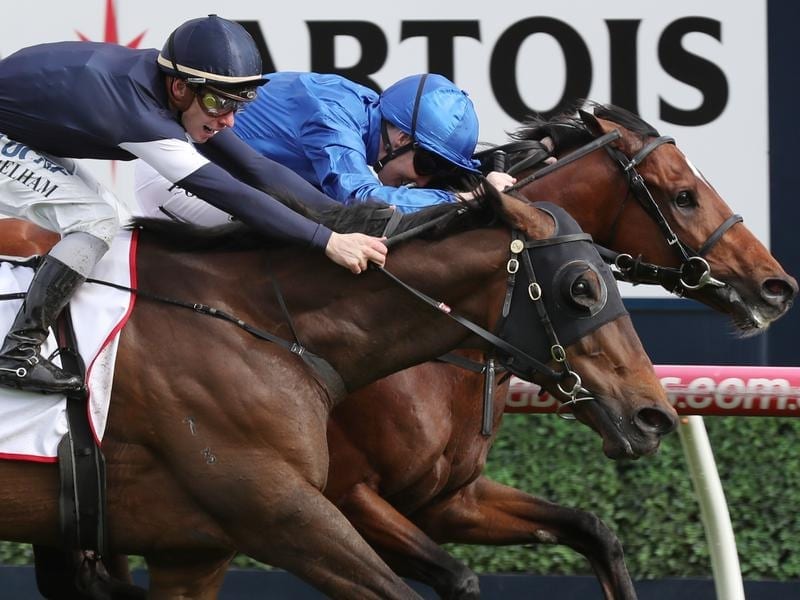 CAULFIELD is back hosting mid-week racing this Wednesday as racing gears towards the Christmas holiday period.

A solid eight race card awaits punters and the team at Horse Betting has ran its collective eye over the meet to deliver tips across the entire event.

Let’s take a look at who they are tipping.

Royal Performance comes into this race hoping to emulate the debut form that saw the gelding finish just half a length off the winner.

Not a lot went right for the gelding on the day and he still managed to finish second, so we’re expecting a strong showing from the good gate and the experienced Mark Zahra taking the ride.

Royal Performance is at $2.90 to win at online bookmaker BetEasy

Somnium is second-up after a strong resuming run and we’re backing the mare to deliver her debut win at the 12th time of asking.

The four-year-old was only a short head away from winning at Pakenham and we believe the additional trip will be beneficial here.

Somnium looks the best hope in a wide open affair.

Somnium is at $3 to win at BetEasy

Exceedingly Easy managed to break the maiden tag at the fifth time of asking on December 7 despite not jumping away exceptionally cleanly and we think the Grahem Begg runner has a lot of upside.

The filly had to come into the race four-wide at the 600m and still won the race comfortably, which suggests to us there’s a lot of upside to this galloper.

We’re anticipating the price to tighten but there’s real value whichever way you look at it for Exceedingly Easy.

Exceedingly Easy is at $7 to win with online bookmaker Sportsbet

The last-start second at Moonee Valley was for the fillies and mares at this rating and distance and she only missed out by a nose. We’re backing Miss Skeptical to deliver from a favourable draw.

Miss Skeptical is at $4.20 to win with Sportsbet

The third-up Goethe is looking to win third-up for the second time in as many attempts.

After starting the campaign with a smart third at BM70 level, the galloper went on to narrowly miss out on a placing at the Valley at the beginning of December. From a good draw Goethe looks to be a strong hope in this event.

Goethe is at $6 to win with online bookmaker Ladbrokes

Cosmic Ruby broke the maiden tag at the fifth time of asking at Yarra Valley and the filly looks a strong hope to continue the winning run at Caulfield.

From an ideal draw and with the good weight the horse should be right in the frame, and we like the little fortnight rest between runs.

Cosmic Ruby will be highly competitive in a difficult race to predict.

Cosmic Ruby is at $7 to win with online bookmaker Ladbrokes

Sophie’s Revenge is looking to improve sharply after a strong first-up showing on December 2 at the ‘Bool, finishing second by a nose in a fillies and mares event at this grading.

The horse comes into this event with a second-up win in the past and we’re expecting another solid outing. The wide gate is a bit of a concern but the price is high enough for us to recommend the mare in this one.

Sophie’s Revenge is at $12 via our trusted online bookmakers

Tavistock Dancer was terrific in his debut run at Kilmore late last month and the gelding measures up nicely to repeat the dose.

Despite racing greenly the Mick Price runner hit the line well to record a nice victory, even after doing a bit of work in the run. Michael Walker retains the ride which is a plus and we’re anticipating the gelding remains undefeated after two career starts.

ITV Racing tips – The Wizard of Odds’ betting preview for...