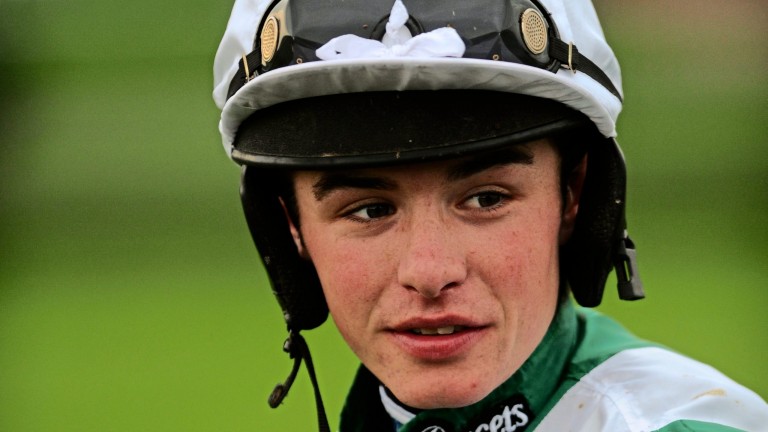 Charlie Deutsch: out of prison on licence and looking forward to resuming his successful career

Charlie Deutsch is out of prison on licence and already counting down the days before he can resume race riding in October.

Deutsch emerged from Bristol Prison on Wednesday after serving two and a half months of a ten-month sentence, having pleaded guilty to dangerous driving while over the drink drive limit and escaping from police custody.

He must wear a tag and observe strict curfews for another two and a half months, but he is understandably relieved to be home and insists he is a much better person for the experience.

The 22-year-old said: “It’s been hard, as it was bound to be, but I’m all the better for having been there.

“I’ve met a lot of people and seen a lot of things that I would never have done in my normal life and I’ve learned huge life lessons which have made me a much better person.

“I deeply regret what I did and I needed to go to prison for it, as it was very wrong, but it was just a moment of madness, as I’ve said before. I was acting on instincts, and stupid ones at that, and I just panicked because in the heat of the moment I couldn’t get my head around the prospect of losing my licence and the damage it would do to my career. Thankfully nobody was hurt. It could have been a lot worse.” 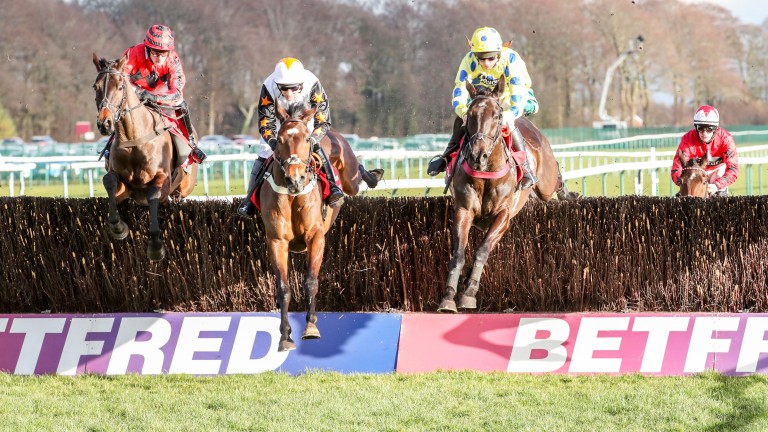 Reflecting further on the prison experience, he said: “I didn’t know what to expect and it was a big shock. The first night was horrendous, and for the first month or so I was just learning the rules and getting to know people, but I was lucky in several respects.

“I was supposed to share a cell, but as there wasn’t one suitable I ended up in one on my own. I was also lucky to get a job in the gym, and that’s helped me keep my fitness up. I did a lot of running and the food wasn’t great, so I’ve come out lighter than when I went in and probably fitter than I’ve ever been.”

Deutsch, who has enjoyed the support of his boss Venetia Williams and her owners throughout, along with that of his parents and girlfriend Meg, must wear a tag until October 15 and be at home between the hours of seven in the evening and seven in the morning.

However, while he will not be allowed to resume his riding career while still under licence, the tag will not prevent him from riding out.

He said: “It’s really not much more than a watch around the ankle, so it won’t stop me from getting on a horse, and although Venetia is quiet at this time of year I’ll start riding out there soon and then keep my head down and take it as it comes. I shouldn’t miss much between now and October.

“What’s happened has happened and hopefully I can move on from it.”

Williams, for whom Deutsch has gained his biggest wins on the likes of Aachen and Yala Enki, is delighted he is out and said: “We’re looking forward to seeing Charlie back here on a horse, doing what he does best.

“He’s a young jockey with a lot of natural talent and it will be good to have him riding for us again when we get going again in the autumn.”

Paul Struthers, chief executive of the Professional Jockeys Association, was able to visit Deutsch in prison.

He said: “Charlie made a dreadful mistake and has paid a heavy price, but he’s learned a lot and come through it a stronger person. He’s been helped by the fantastic support from Venetia and the owners there, and from his colleagues in the weighing room.

“He relinquished his licence after his conviction and is about to start the process of reapplying. It’s almost certain he won’t be able to race again until he completes his period on licence, but that gives him plenty of time to get race fit and to go through the process he’ll need to with the BHA.

“We all make mistakes and deserve a second chance, and he’ll continue to have the support of the PJA as he seeks to return to riding.”

If you were interested in this you should read:

Joe Colliver: the weighing room is a family and we’re here for Charlie Deutsch