Davy Russell, completing a quick double after winning the Pertemps Final on Delta Work in the Gigginstown colours, was always travelling well on the Henry de Bromhead-trained seven-year-old.

He ranged menacingly alongside last year’s winner Un De Sceaux and cruised into the lead three out.

After that the result was not in doubt, as the 8-1 chance asserted in great style to strike by four and a half lengths from the Willie Mullins-trained 8-11 favourite. Cloudy Dream was third for Ruth Jefferson.

Colin Tizzard’s Festival stalwart Cue Card was pulled up by Paddy Brennan before the 12th obstacle after losing his place.

Russell said: “I thought his chance had lessened with the more rain that fell, but Henry de Bromhead is a master at this.”

De Bromhead added: “Fantastic, delighted – a brilliant ride. You had to give him a chance, obviously, but I got a bit worried when the ground went soft. I thought his run at Christmas was very good and the lads (Gigginstown House Stud) said to put him away and go for this. Davy gave him a brilliant ride and he was super.”

O’Leary said: “It’s taken me 15 years to win the Ryanair, so I’m going to enjoy it. I’m going to get seriously drunk upstairs in the next couple of hours! On a serious note, it’s great for Henry. Henry has hit the bar a couple of times this week, so it’s great to see him have a winner. Today was our day – it’s usually Willie’s and Ruby’s.”

Un De Sceaux’s part-owner Colm O’Connell said: “We’re delighted still, it looks like he’s come back safe and sound, he’s like a family pet so that is the most important thing. I see Cue Card pulled up but it looks like he’s safe, too, which is what it’s all about. Michael has thrown plenty of darts at this race and he’s finally won it so I’m pleased for him, he’s was always eventually going to win it and it’s happened today. Obviously we’d have liked to win, but that’s racing. We’ve been here four times, won twice and been second twice, that’s some record.”

Jefferson said of Cloudy Dream: “I hoped he’d finish a little bit closer, but on that ground he just doesn’t pick up as much. The winner had flown and Un De Sceaux was a bit like us, going up the hill in slow motion. He’s run his race again and I can’t complain.”

She added: “We’ll not make any plans, we’ve obviously got one horse who wouldn’t mind soft ground at Aintree (Waiting Patiently), but I’d love this lad to get some genuine good ground because he bounces off it.” 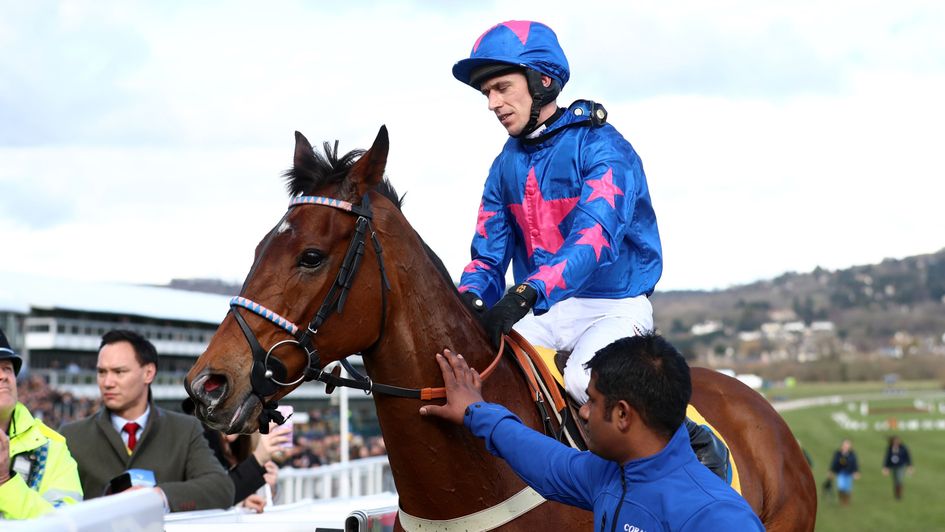 Cue Card and Paddy Brennan return after pulling up

Meanwhile, Tizzard stressed he would not be making any quick decision on what the future holds for Cue Card.

He said of his 12-year-old: “He has been a very brave horse for a long time. Paddy Brennan said that he never travelled on the deep, sticky ground and when they went by him he couldn’t handle it. You can all see walking round here he is bright as a button. Paddy had to make a split decision. We are not going to make any rash statements on it. We will take him home and see how he is. We won’t mention that word (retirement), but it is getting closer all the time. We will get him home before we make any decisions.”

Horse racing tips December 22: Horses you MUST back at Ascot,...

editor - December 26, 2018
0
Unusually for a Paul Nicholls horse, this six-year-old is still travelling under the radar and was a 12-1 chance when winning from Vice...