Value Bet selection Rock The Kasbah powered up the Cheltenham hill to win at 9/1 in the BetVictor.com Handicap Chase over the extended three miles, three furlong contest.

Ben Linfoot’s profitable column highlighted the claims of Philip Hobbs’ chestnut, who caught the eye in a warm race on his seasonal reappearance at Chepstow.

Ben argued: “Partly due to an excellent first-time out record he was well-backed for his return at Chepstow last time, where he was sent off the 2/1 favourite in a race won by The Young Master with Traffic Fluide second.

It looks good form with both of those horses winning since and, while he doesn’t usually need a run, Philip Hobbs’ horse did shape like he might have done this time.

He went second at one point but tired in the closing stages to finish sixth, so it could be worth chancing him coming on plenty for that as this sort of stamina test is exactly what he wants.”

Sky Bet reacted by clipping Rock The Kasbah to 14/1 from 16/1 for the Becher Chase at Aintree on December 8 and 25/1 from 33s for the Grand National next April.

Working back from the National is what Hobbs already has in mind for Rock The Kasbah following his length-and-a-quarter success.

The in-form Minehead trainer said: “His jumping was fantastic, which is always a great plus here. I’m delighted with him. He was disappointing (at Chepstow), but the race has worked out really well since.

“Maybe as he got older he has just needed a run, but he was all right today. We will have the National in mind, as good ground suits him, and I suppose we ought to work back from that.”

All roads could now lead to the King George VI Chase at Kempton for 2015 Gold Cup winner Coneygree after he finished third on his seasonal bow in the race.

Having failed to complete in either of his two starts last season, the Mark Bradstock-trained 11-year-old showed there is plenty of petrol left in the tank with a tremendous display under the burden of top weight.

Putting in a bold round of jumping once getting the better of an early battle for the lead with Cogry, the 12-1 shot stayed on well after being headed to take third behind Rock The Kasbah.

Sara Bradstock, assistant to her husband, said: “I’m nearly in tears. To have him back is wonderful. He did what he does best and the ground was plenty fast enough.

“He had every right to be a bit tired – look at the way he stayed on when he got tired for third.

“He could possibly go for the King George. We will see how comes out of this. He has not made it through December before without going lame.

“The overreach at Wetherby, that’s what really stopped him last season, as it was so deep. I was a bit worried with the other horse hassling him, but he just got better and better.

“He is a real proper competitor that just wants to be out there.

“I really think it was (as emotional as Gold Cup win), as we have been down and out with him. He got that overreach and that really robbed us of a year and we know he needed that wind op. 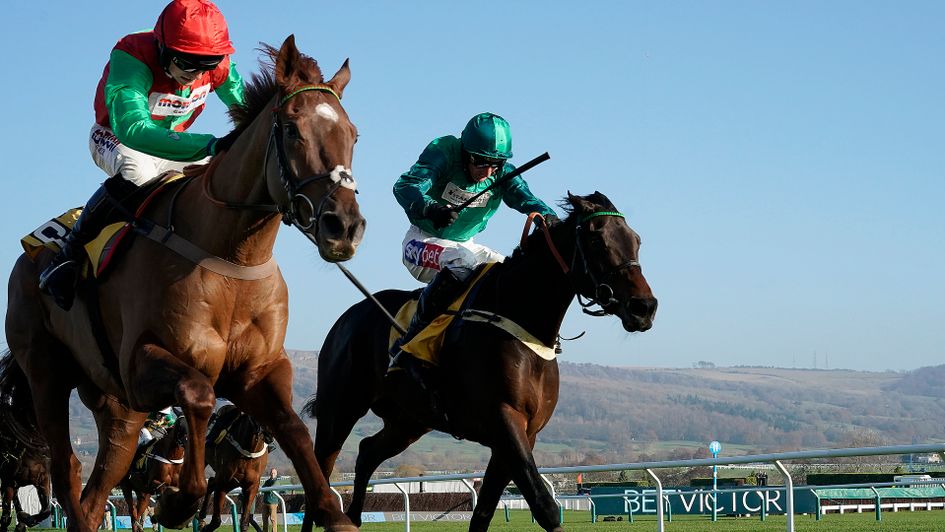 Quel Destin gets the better of Cracker Factory

Quel Destin continued his rise through the ranks with a battling success in the JCB Triumph Trial Juvenile Hurdle at Cheltenham.

Having run out a facile winner at Kempton last month, the Paul Nicholls-trained three-year-old took a step up to Grade Two company in his stride when getting the better of a late battle from the back of the last to defeat Cracker Factory by a length and a quarter.

The winner was introduced at 16/1 for the Triumph Hurdle with Sky Bet.

Nicholls said of the 100/30 scorer: “I was hopeful he would beat the Jane Williams horse (Montestrel), who beat him first time out at Chepstow), but I don’t think that horse has run it’s race at all.

“He improved enormously from Chepstow to Kempton and he has improved again from Kempton.

“He is a strong stayer and he jumped well. I always thought he had a good chance today, as if they went a bit quicker it would do him no harm.

“He will go to Doncaster next month (Grade Two Summit Juvenile Hurdle), then we will make a plan. We’ve got the Grade One at Chepstow as well and he wouldn’t mind the bottomless ground there, we know that wouldn’t be an issue. He will need a holiday at some point.”

A rematch on Town Moor with Cracker Factory could be on the cards, according to his trainer Alan King.

He said: “I was very pleased with him and there are no excuses. It was probably his best run yet. I thought going to the last he would probably win, but Paul’s horse just kept finding.

“I’ll probably keep him ticking over and go to Doncaster next month. If he doesn’t, he will have a break and be back in the spring.”

The seven-year-old timed his run to perfect to beat front-running mare Theatre Territory by a length at 11/2.

The extended three-mile contest looked to be heading the way of long-time leader Theatre Territory, but having bided his time Cobden delivered the 11-2 shot with a winning run over the last before pulling out just enough to score by a length.

Nicholls said: “I never had him right last year for some reason, but he has improved. Today in the paddock I knew he was right.

“The ground was heavy last season, which he hated, and he is much better on better ground, he gallops all day on that and he was fit today.

“I said to John Hales (owner) that he will be a great horse to run in the four-miler at the Festival and one day he will be a National horse.

“We could enter him this year at Aintree, as it is his third season over fences. He is a horse we can have a lot of fun with now he is right.” 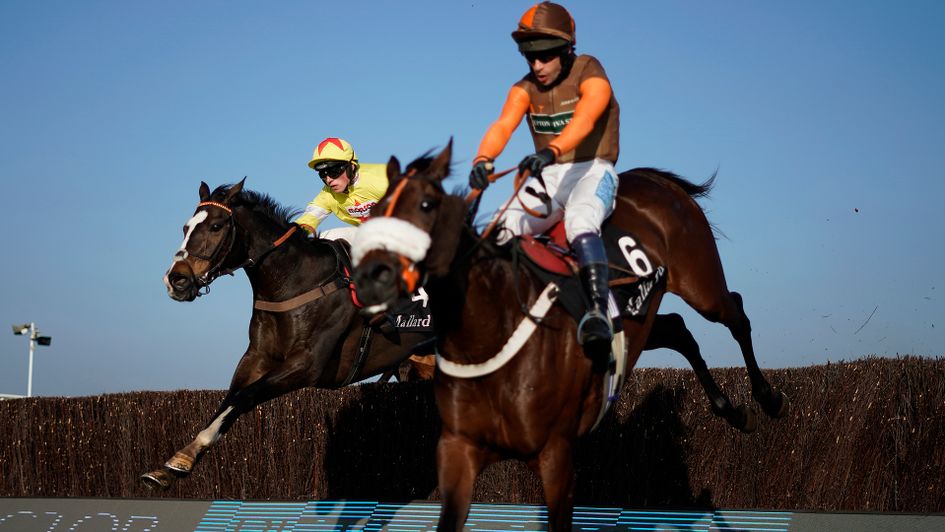 Mendelssohn ‘possible’ to train on for Pegasus World Cup bid

Owners and trainers back criticism of ‘horrendous’ Worcester facilities | Horse...