Frankie Dettori controlled matters on the front end and, though she was a little bit fresh, she settled perfectly well in her front-running role and ran away from the King George runner-up in the straight.

Receiving 8lb from Crystal Ocean, last year’s superb Prix de l’Arc de Triomphe winner was sent off the 8/15 favourite on her seasonal reappearance and backers weren’t made to sweat.

The winning distance was three-and-a-half lengths at the line with her jockey patting her down the neck as she sealed victory.

Dettori, rushing to get his helicopter to Haydock, said: “Awesome. It gave it credibility with Crystal Ocean in the race. It was in my mind that she might not be 100 per cent fit but she’s trained by a master trainer in John Gosden.

“She felt as good as ever and it’s all systems go for Longchamp.” 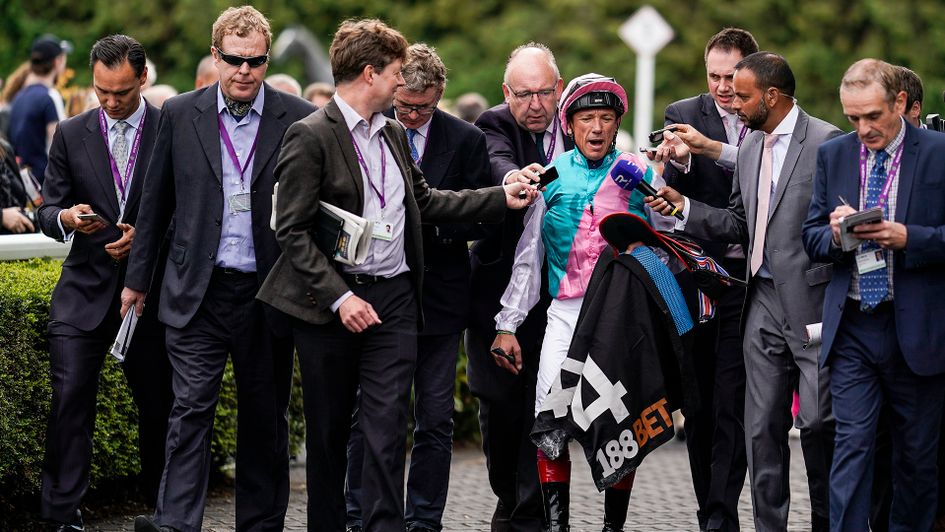 Frankie Dettori chats to the press after Enable’s win

The bookies were impressed, too, with Sky Bet cutting Gosden’s filly to 2/1 favourite for this year’s Arc from 9/2, with Sea Of Class nudged out to that price from 4/1.

Sky Bet spokesman Michael Shinners said: “Connections will be delighted with that reappearance and all roads lead to ParisLongchamp now. Our trading team were impressed and made her a strong favourite on the back of the Kempton win.”

Gosden said: “She found a beautiful rhythm. It was a lovely trial back for the big one in four weeks’ time. I couldn’t be more happy with the way it’s gone, absolutely delighted.

“She’s 80-85 per cent fit today, the race will bring her on. It’s all down to the filly, a great performance.

“She’s very strong, just so determined. The hardest thing for her was standing around doing nothing, she just loves racing.”

Runaway Ghost Out Of Kentucky Derby With Shin Soreness – Horse...

IHRB declines to comment on report of positive test for cobalt