The pair have clashed twice already this season, with Lalor coming out on top by seven lengths in the Racing Post Arkle Trial Novices’ Chase during The November Meeting at Prestbury Park before Dynamite Dollars turned the tables on softer ground in the Henry VIII Novices’ Chase at Sandown Park the following month.

Kalashnikov (Amy Murphy) has been considered a leading contender for the Racing Post Arkle Novices’ Chase since finishing second in last season’s Sky Bet Supreme Novices’ Hurdle. He won as he pleased on his first two chase starts at Warwick and Plumpton this season before finishing a length-and-a-quarter behind Dynamite Dollars in theWayward Lad Novices’ Chase at Kempton last month. He’s also entered in the JLT Novices’ Chase along with several other Arkle possibles.

The 18 Irish-trained Arkle contenders are headed by Le Richebourg, who led home a one-two for trainer Joseph O’Brien when defeating Us And Them by four and a half lengths in the Racing Post Novice Chase at Leopardstown over Christmas. 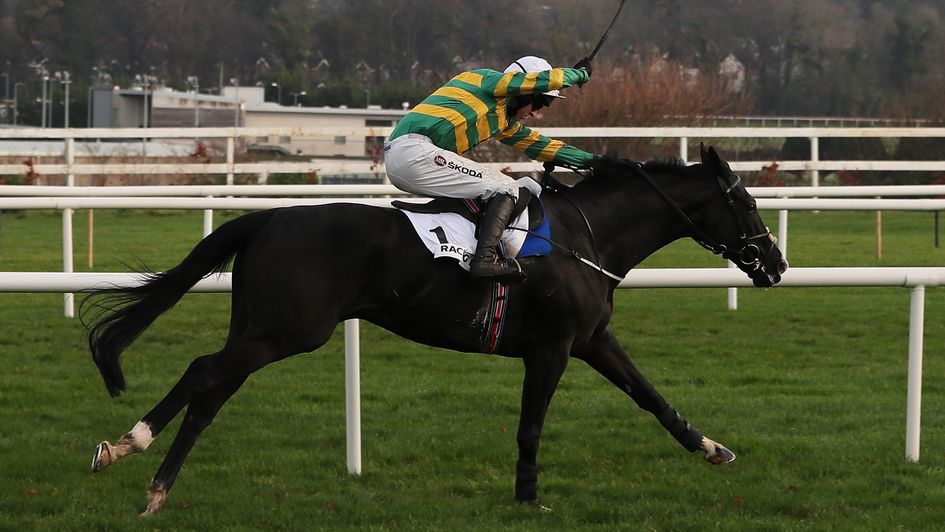 Trainer Seamus Mullins is eyeing the Racing Post Arkle with Chesterfield, who was last seen out when capturing a two-mile, two-furlong novices’ chase at Kempton Park in November. The nine-year-old son of Pivotal, who started his racing career on the Flat with Godolphin, had two years off the track prior to joining Mullins in late 2016. He has good form over hurdles, having enjoyed success in the Scottish Champion Hurdle and at Aintree’s Randox Health Grand National Festival in 2017.

Wiltshire-based Mullins said: “Chesterfield gave himself a little bang after his last race at Kempton. He has not missed much work as such, but he has been on the easy list. We wanted to aim him back in the Lightning Novices’ Chase at Doncaster, but he won’t make it back for that, so we will look at something early in February.

“The aim is still the Arkle – he will have an entry in the Grand Annual as well, although I am not as keen on that race. I would love to have a crack at the Arkle, as I was fourth in it before with Farmer Jack. Chesterfield is a wonderful horse and deserves to have a go at the race.”

Ante-post favourite Lostintranslation (Colin Tizzard) is one of 52 entries for the JLT Novices’ Chase over two and a half miles. The seven-year-old has topped the betting since defeating Defi Du Seuil (Philip Hobbs) by a length and a quarter in the BetBright Dipper Novices’ Chase over course and distance on New Year’s Day.

Tizzard said: “Lostintranslation came out of Cheltenham very well. He is a big-framed horse that is learning all the time. He is improving with every race and is going to keep improving over time. He will step up in trip next year, but he won’t this year. Robbie Power is adamant that two and a half miles is a good trip for him at the moment.

“The Scilly Isles Novices’ Chase [Sandown Park, February 2] is an option. He doesn’t have to run, but he is a novice chaser and some more experience could be beneficial.” 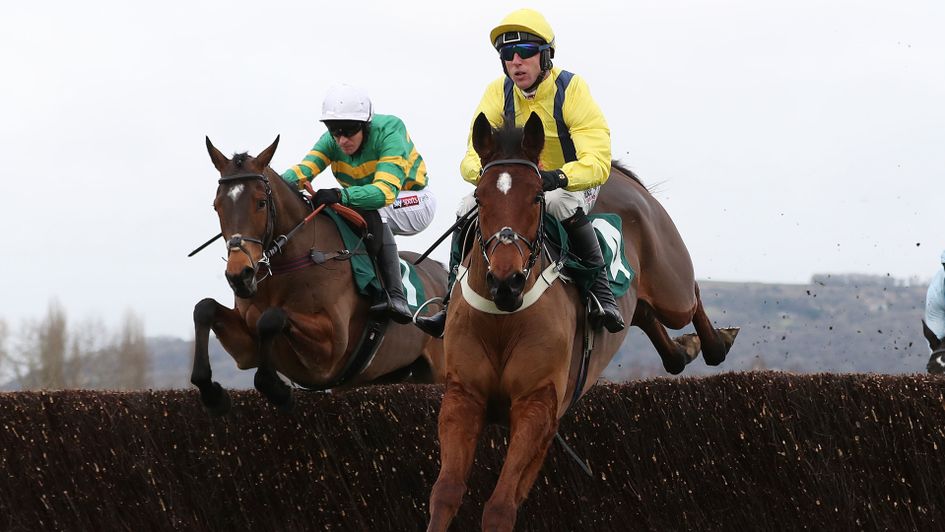 Lostintranslation on his way to victory

Winter Escape (Aidan Howard) is one of the 29 Irish-trained contenders for the JLT Novices’ Chase. Formerly trained by Alan King in Wiltshire, the eight-year-old has won three of his four starts in Ireland, and last time out gave weight and a beating to A Plus Tard (Henry de Bromhead IRE) in a Grade 3 contest at Punchestown on January 13.

The mare La Bague Au Roi (Warren Greatrex) is unbeaten in three starts over fences and was last seen out when winning the Kauto Star Novices’ Chase at Kempton Park on Boxing Day. She holds entries in the JLT Novices’ Chase and the RSA Novices’ Chase over three miles. 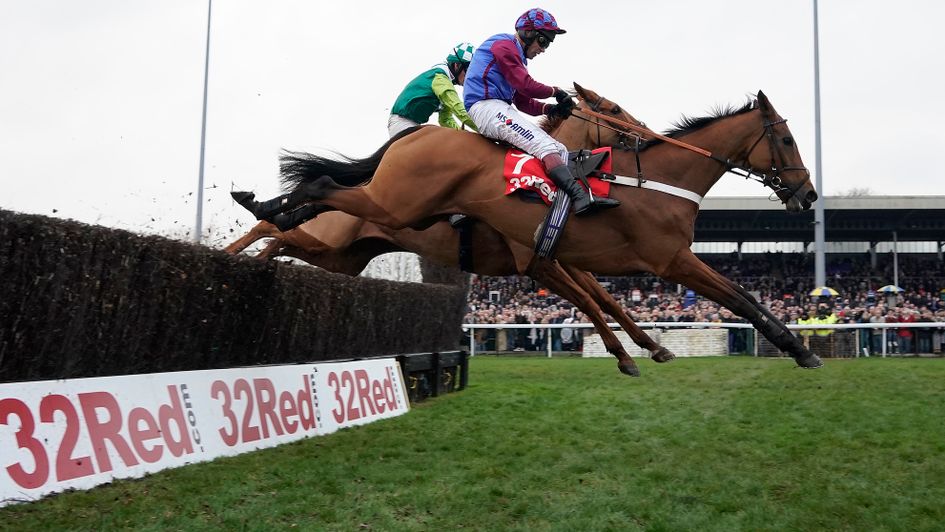 La Bague Au Roi jumps past Topofthegame at the last

The 48 entries for the RSA Novices’ Chase also include Topofthegame (Paul Nicholls) and Grade One-winning hurdler Santini (Nicky Henderson), who were second and third respectively behind La Bague Au Roi at Kempton Park.

Delta Work (Gordon Elliott) is the pick of the 19 Irish-trained entries, having book-ended December with Grade One victories in the Drinmore Novice Chase at Fairyhouse and Neville Hotels Novice Chase at Leopardstown.

Other entries to note include Vinndication (Kim Bailey), who has yet to taste defeat in six starts under Rules and captured the Grade Two Noel Novices’ Chase at Ascot on his latest start, and Grade Two-winning hurdler Mr Whipped (Nicky Henderson).

J P McManus is the most successful owner in the history of the National Hunt Chase for amateur riders, with six victories. He accounts for eight of the 68 entries, 25 trained in Ireland, with his squad headed by hot favourite OK Corral (Nicky Henderson), who impressed in taking a Listed event by six lengths at Warwick on January 12, and last year’s Pertemps Final second Glenloe (Gordon Elliott).

Accelerate’s campaign to set Horse of the Year precedent

Upbeat Jenningsbet boss urges betting industry to ‘go back to its...

Colonial Downs To Donate $500,000 Over Five Years To Richmond Elementary...

An Afternoon on The Hill | TDN | Thoroughbred Daily News...