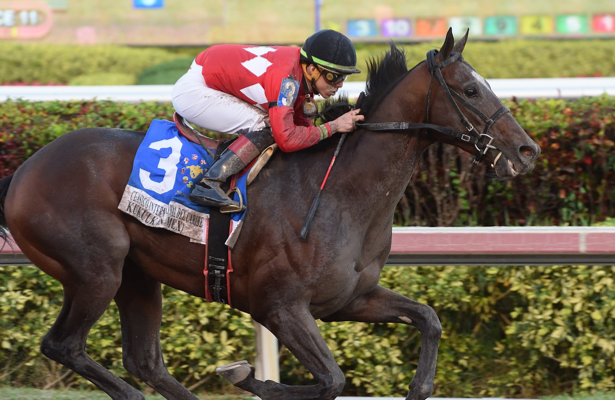 Cuadra San Jorge’s Kukulkan was led off a plane at Miami International Airport at 11:30 a.m. Friday and will take up residence Saturday at Gulfstream Park, where he improved his record to 14-0 with a 10 1/4-length romp in the $300,000 Clasico del Caribe on Dec. 8.

Following his victory, Kukulkan returned to Mexico with trainer Fausto Gutierrez to prepare for Pegasus which, like the Clasico del Caribe, is contested at 1 1/8 miles. On Wednesday, the 4-year-old Point Determined colt breezed seven furlongs in 1:29, galloping out a mile in 1:42, according to Gutierrez.

“He did it easy. I’m very pleased,” Gutierrez said. “The last two furlongs he did very, very easy. Everything is good.”

Internationally acclaimed jockey Frankie Dettori has the mount on Kukulkan for the Pegasus.

editor - June 8, 2018
0
RACING takes place at Stratford today and we have you covered with all the latest runners, results, tips and going news. Get yourself along...

Bravazo ‘a much better horse’ for Belmont 2018 than Preakness