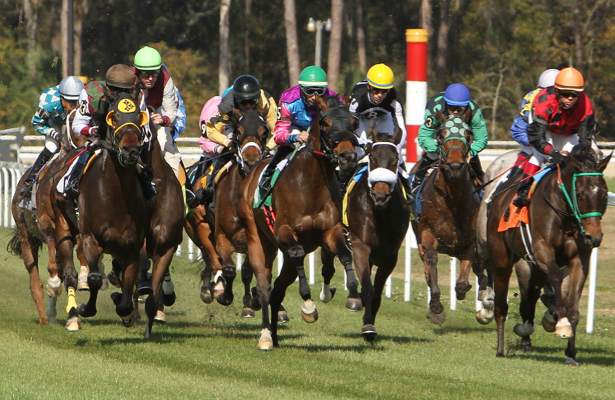 The track’s 93rd anniversary season, which began July 1 during the Summer Festival of Racing and Music, consists of 91 racing days and runs through June 30. The 2018-2019 stakes schedule is comprised of 28 races worth a track-record $3.74-million in purse money.

The biggest racing day of the season is March 9 with a Festival Day program offering $1-million in purse money, headed by the 39th edition of the Grade 2, $400,000 Lambholm South Tampa Bay Derby for 3-year-old Triple Crown prospects.

“Everything is in place to enjoy another successful season,” said Peter Berube, the track’s Vice President-General Manager. “The combination of our stakes schedule and overnight program, our outstanding main track and turf course and great weather make Tampa Bay Downs one of the most attractive winter racing sites in the country.

“Our schedule of special events has something for everyone, and we hope it will help attract new fans who like what they see and bring their friends the next time they visit. With The Silks Poker Room and The Downs Golf Practice Facility open every day, we believe we offer as much entertainment variety as any sporting venue in the area,” Berube said.

Tampa Bay Downs plans to unveil a number of new promotions, starting with the Dec. 8 “Tampa Bay Owners Club” contest that will give fans a chance to become part of a fantasy syndicate group receiving many of the perks of owning a Thoroughbred, without the financial risk.

Upgrades to the facility have been made with customer comfort and convenience in mind. New self-service AmTote International wagering terminals have met with widespread approval. A waterproof, vinyl plank floor has been installed in the Grandstand, and the winner’s circle has been repaved.

And when visitors walk through the redesigned main entrance, they’ll discover a treasure trove of memorabilia and facts in an attractive display titled “Tracking Our History,” highlighting such milestones as the ground-breaking in 1997 for the renowned Tampa Bay Downs turf course and the thrilling 2007 Tampa Bay Derby victory by Street Sense, who went on to win the Kentucky Derby.

The “Tampa Bay Owners Club” contest on Dec. 8 gives fans a chance to become fantasy owners by picking the winner of a designated race. Anyone making a winning selection will receive free admission and a program each time “their” horse competes throughout the meeting, along with a mutuel voucher, concession stand discounts, an attractive pin and trips to the paddock and (hopefully) the winner’s circle.

Beauty Way out to set autumn targets at Moonee Valley