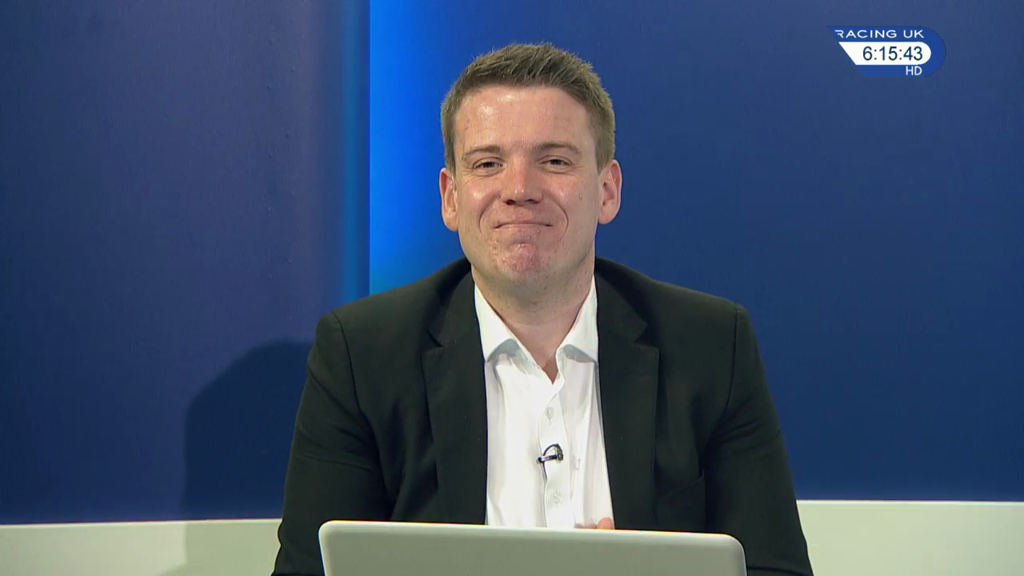 Bob Baffert expects the start to be the crucial factor in deciding whether West Coast can provide him with a fourth victory in the Emirates Airline-sponsored Dubai World Cup on Saturday evening.

It is 20 years since the leading American trainer broke his duck in the feature event with Silver Charm and he has since added to his tally through Captain Steve in 2001 and last year’s hero Arrogate.

Having finished third in the Breeders’ Cup Classic and runner-up in the Pegasus World Cup, West Coast brings outstanding credentials to Meydan and even though he is drawn wide in stall nine, Baffert is confident he will be hard to beat if he is quickly away.

“I don’t think the barrier is the important thing in this race, it’s the jump. If he jumps well he’s got enough speed to put himself anywhere,” said the trainer.

West Coast is odds-on with some bookmakers, but as usual, Baffert is keeping his cool.

He said: “He’s the best older horse on the stage, is getting better, and a mile and a quarter is his game.

“It helps when I come here that I know what to expect and what I need to deal with.

“We try to put our horse in the right spot. Of course there is extreme pressure but we’ve been through it so many times.”

Baffert has a second string to his bow in outsider Mubtaahij.

The six-year-old was fourth behind Arrogate 12 months ago when trained by Mike de Kock and has struck gold at Grade One level since moving Stateside.

“Mubtaahij needs to step it up,” Baffert added. “In his prime he’s run second here and runs some really big races.

“He’s trained really well and came in off a nice race at Santa Anita.

“Victor (Espinoza) worked him the other day and said he worked really good under him.”

Baffert’s pair are joined by Gunnevera, Forever Unbridled and Pavel to complete a five-strong American team. 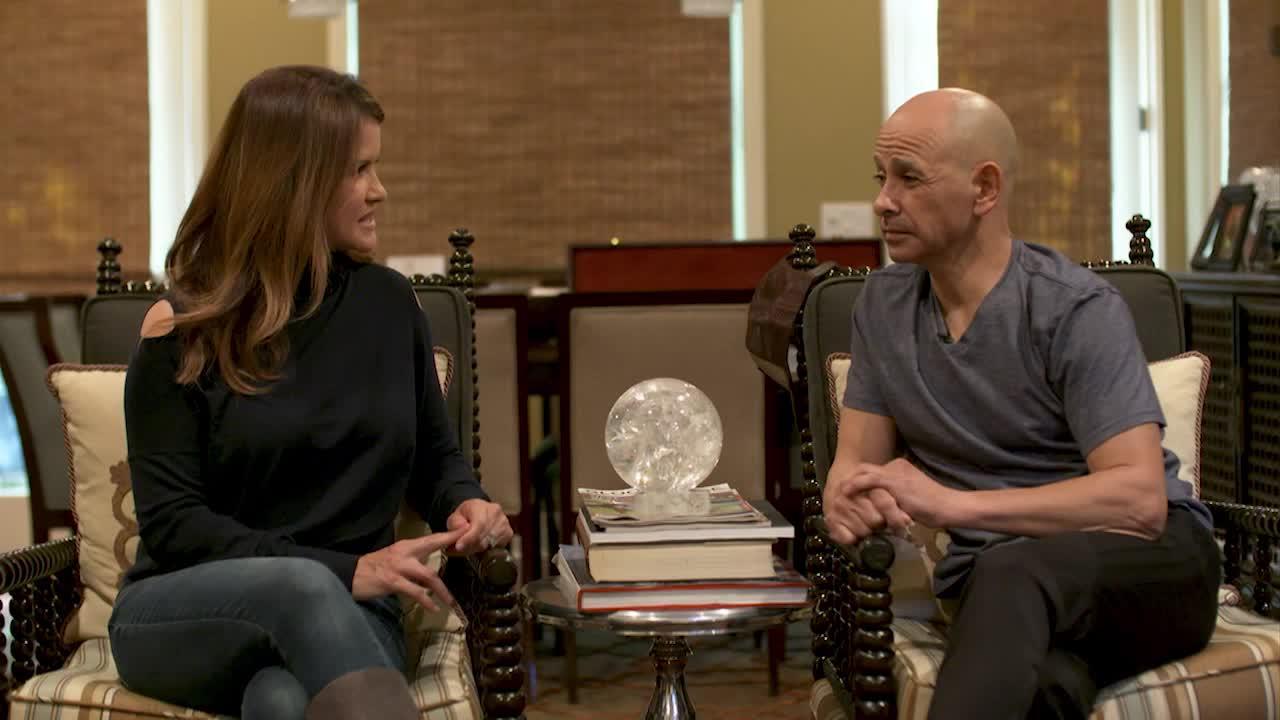 Charles Fipke’s champion mare maintained the exact same schedule she has all week, coming out to train at 5.15am on Friday and she galloped 2400m with exercise rider Pedro Velez aboard.

“Everything’s good,” trainer Dallas Stewart said afterwards, having stated earlier in the week that his pride and joy may well continue in training following the race.

Stewart has been happy all week with how well Forever Unbridled has adjusted to Dubai and credits that to keeping everything familiar to her, including having Velez and Marcelino Jucinde, who have been with the trainer for 17 and 30 years, respectively, with her.

“We just want her to be comfortable and these two guys have been with her the whole time,” Stewart said. “It’s just an amazing how she’s showing up for the race. She’s doing great.” 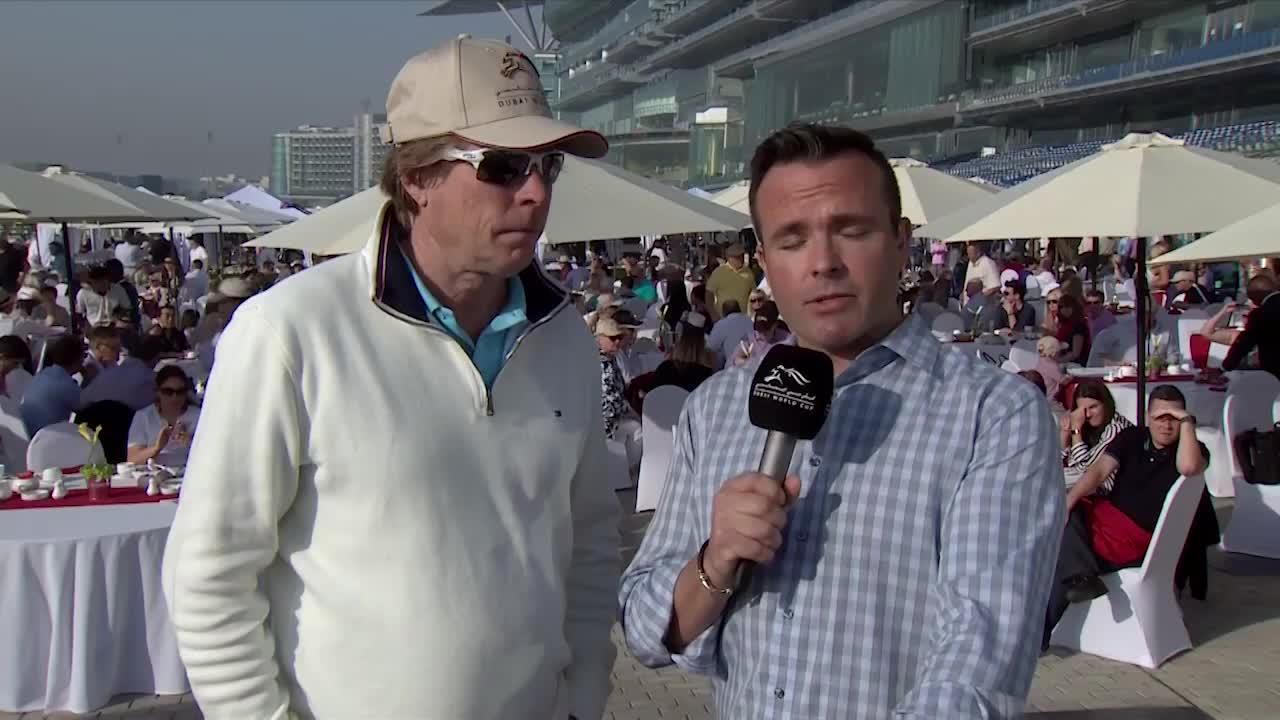 Jockey Mike Smith, who won the Dubai World Cup last year with Arrogate, will be reunited with Forever Unbridled on Saturday for the first time since finishing unplaced in the 2015 Kentucky Oaks.

“She was very immature and inexperienced in the Oaks,” Smith said. “She’s much older and has the experience now. If the Americans are going to pull this off Saturday, she’s one of the horses that can do it.”

Satish Seemar is hoping to make the most of home advantage as he bids for his first World Cup success with North America.

The son of Dubawi was beaten in the first two rounds of the Al Maktoum Challenge, but was a dominant winner of round three three weeks ago.

Seemar said: “On paper we are at an advantage as we are already here while the Americans have to come here. 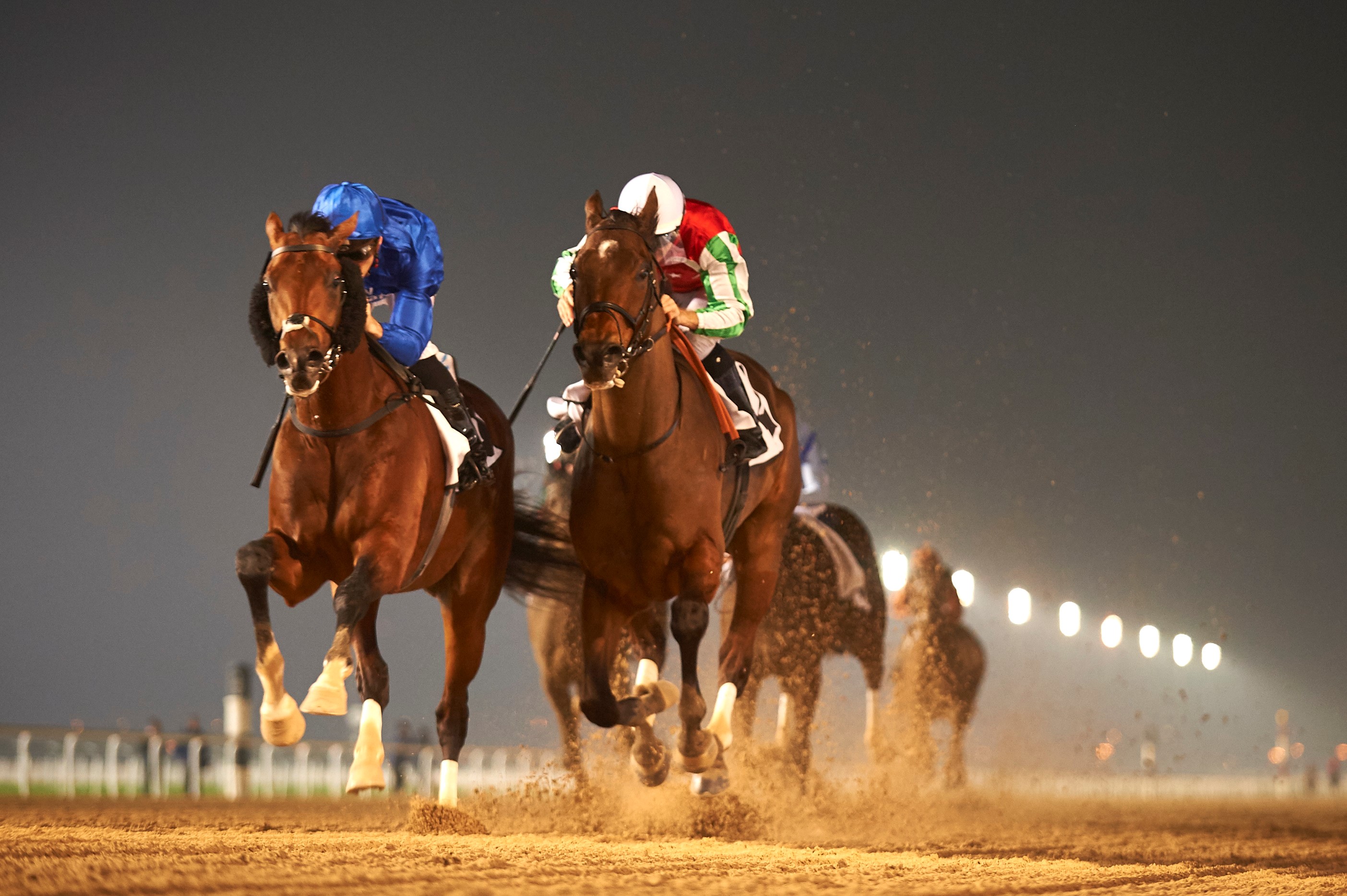 “He was impressive last time in a track record. In all the time he’s been with me, his only bad run was last World Cup night in the Godolphin Mile when track conditions changed.

“It rained for 36 hours and during the race so I’ve just swept it under the carpet. I’m very bullish.

“He’s honest and straightforward and his most impressive run was his most recent.

“I did have my doubts about the distance, but he has cleared them now.”

Saeed bin Suroor has saddled a record seven World Cup winners and relies on Thunder Snow, a Group One winner at two and three, and second to North American last time out.

Bin Suroor said: “He has done well here so far, he had a tough race last time but worked well on Saturday, Kieren Fallon rode him and was very happy with him. He finished his work really very good.

“Christophe Soumillon knows him well and if he is in a nice position, he can run a big race. I’d like to see him close (to the pace), second or third.”

Thunder Snow is one of two runners for the Godolphin operation along with Andre Fabre’s French raider Talismanic.

The five-year-old made a winning start to 2018 when seeing off stablemate Cloth Of Stars in a conditions race at Chantilly earlier this month.

“Obviously the surface in the World Cup will be completely new for Talismanic, it is definitely a question mark,” said Fabre. 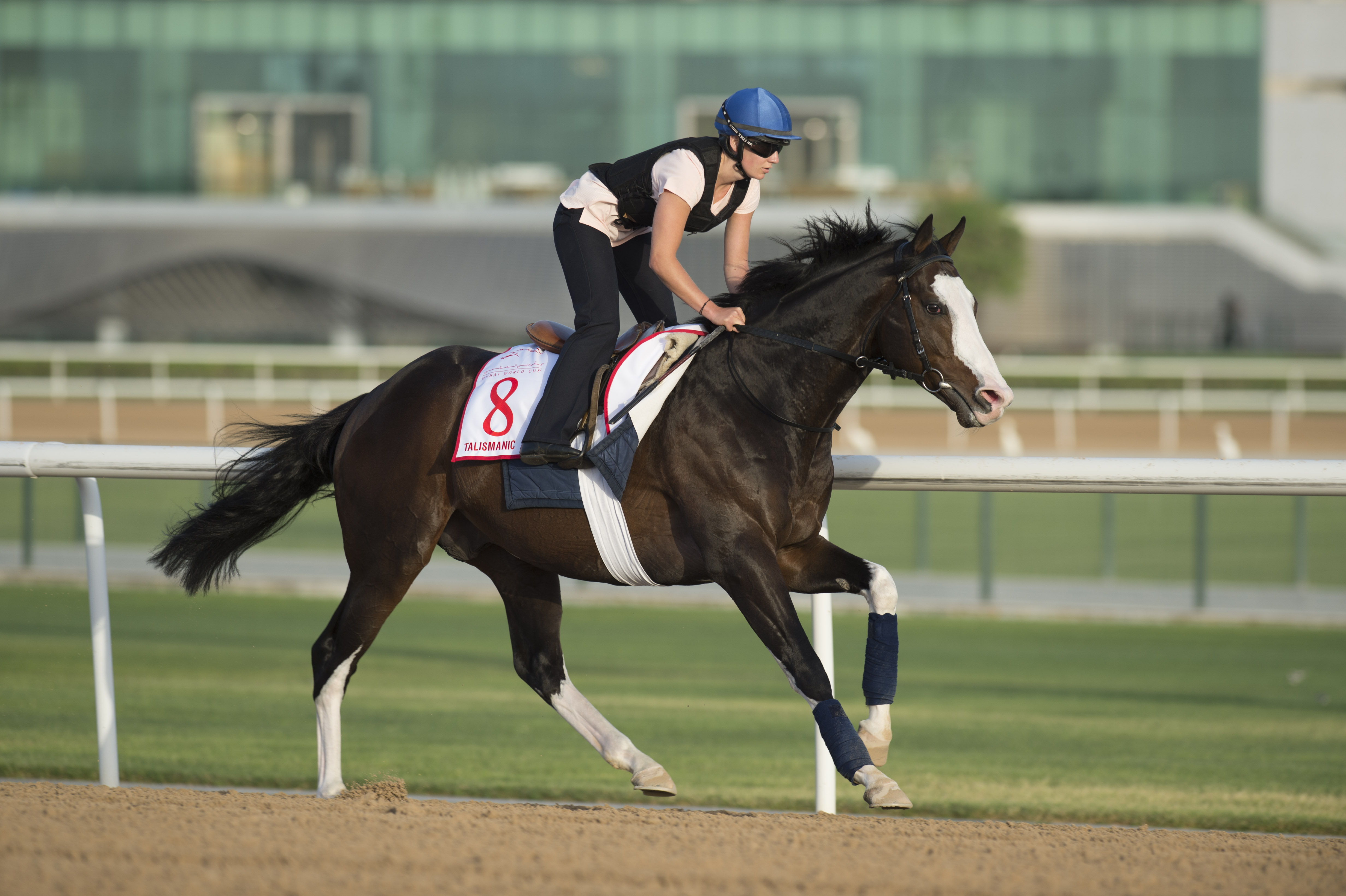 “It is different to what we have in Chantilly and it is even different from American dirt. We won’t know until the race.

“At least he is by a stallion who liked dirt and nearly won the World Cup himself in Medaglia d’Oro.”

Furia Cruzada and Japanese representative Awardee complete the line-up as more than one billion TV viewers across 150 territories ready themselves to watch a truly world-class and innovative broadcast of the 23rd edition of the fixture.

The World Cup is the cornerstone race to the $US30 million nine-race card that features horses from a dozen countries and who can compete in six Group One contests.

Attracting widespread international interest, the event is being covered live by a host of leading (non-wagering) broadcasters including Sport 24, which is available live on nine cruise lines and 11 airlines including title-race sponsor Emirates.

Latest horse racing results: Who won the 3.20 at Doncaster live...

Dreamfield defeat in the Wokingham spelt bacchic revelry for layers |...

Grand National day tips – Who should I bet on in...

Weekend Takeaways: Right call made for Battle of Midway