Having spent six winters in Japan, where I rode 77 winners including Group Twos and Threes, it’s fantastic to be going back there with Thundering Blue for the £2million Japan Cup at Tokyo on Sunday.

I spoke to David Menuisier on Tuesday night and he’s really pleased with the horse, saying he’s travelled out very well. He did some light exercise on the quarantine track on Tuesday and he moves to Tokyo on Wednesday in the lead-up to the big race.

He’ll probably do one more bit of work on Thursday and that’ll be it, but he’s been in good form since finishing second in the Canadian International and he’s taken his global exploits really well. 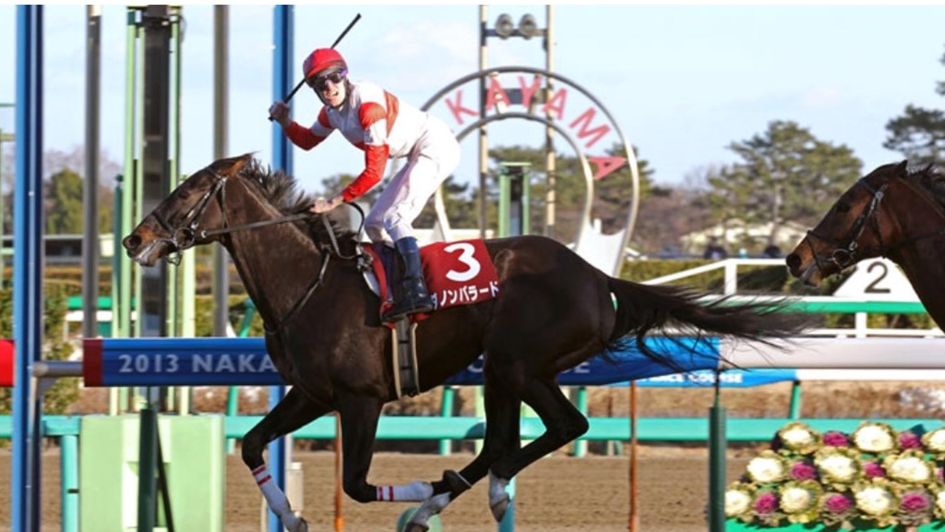 Winning aboard Danon Ballade in 2013

It was back at York where we started throwing around ideas for an international campaign and with my experience of Japan I felt it might just be the ideal test for him.

The track itself is fantastic, one of the best in the world, with two long straights, two sweeping bends and a slight rise down the back. It’s beautiful to ride and it’s not actually dissimilar to York, so it should suit Thundering Blue well.

Japanese racing tends to be run at a true gallop, a solid pace, they have a strong breed of stayers over there, so it should be run perfectly for him as he takes time to warm up and he finishes strongly.

It’s a really competitive race as you’d expect for the prize money and prestige on offer, with Almond Eye a likely odds-on favourite. She’s a triple crown winner in Japan this year having won the Japanese 1000 Guineas, Japanese Oaks and Shuka Sho, winning over ¥490 million in 2018 alone.

With the weight-for-age allowances she will be a tough rival and then there’s older horses like Satono Diamond as well, a five-year-old that was only just beaten in the Japanese Derby as a three-year-old despite losing a shoe.

The only other European raider is Aidan O’Brien’s Capri, fifth in the Prix de l’Arc de Triomphe, with Ryan Moore riding and he should like the likely strong gallop, too, being a St Leger winner.

So the competition is tough, but I saw Thundering Blue had been put in at around 20/1 and he could well reward each-way support at those kind of odds. I think he’ll run really well. He seems as good as he’s been all year and the style of racing should really suit him.

It’s the culmination of an ultra-successful season for Thundering Blue, he’s come such a long way since winning a handicap off a mark of 93 at York back in May.

I’m sure he’ll acquire quite a large fan base in Japan, but not as large as mine – I’m quite big in Japan believe it or not! 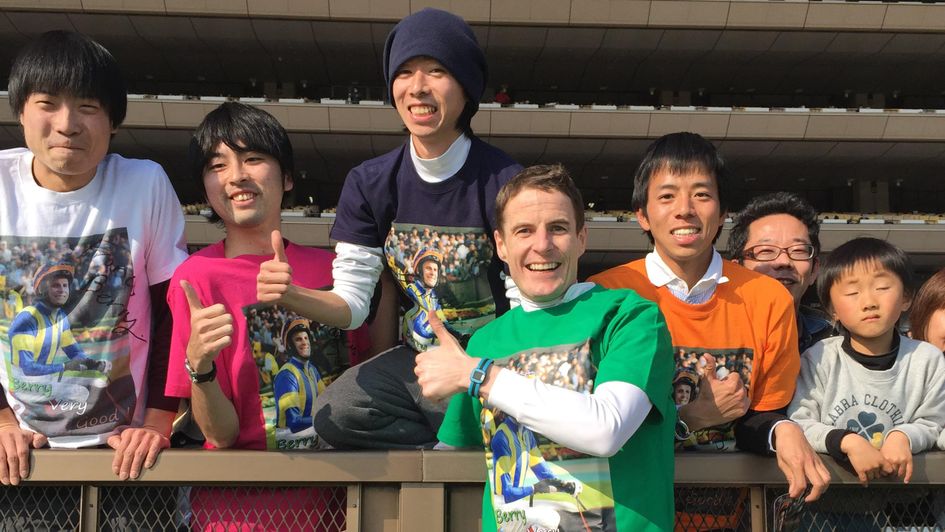 With some of my fan club out in Japan!

In all seriousness I’ve plenty of friends out there, I’ll be riding for a few of the old owners and trainers I used to ride for on Saturday when I’m getting my eye in, tuning myself up for the big one on Sunday.

It’s such a massive race they are already queueing up outside the racecourse gates to get a good position. Six days in advance they’re out there, queueing, waiting for the gates to open at 9am on Sunday just to get the best vantage point.

Plenty of them will be expecting Almond Eye to cap a tremendous season in the race, but my fellow has had some 2018 himself and it will be great to cap his year at Tokyo Racecourse in the 38th running of the Japan Cup.