The time for remembrance is over – now is when we begin making new memories. That’s nothing to do with commemorating the 100th anniversary of the armistice, as Cheltenham will do on Saturday with an aerial combat display and a recreation of the field hospital at the course through the First World War.

Rather, it is about putting an end to continual nostalgic reminiscences about 2017-18. Yes, Native River v Might Bite, Willie Mullins v Gordon Elliott and Simon Claisse v the rain clouds were all memorable battles but that was then and this is now.

Jump racing’s new season has been running for more than six months now and the BetVictor Gold Cup traditionally fires the starting gun on the serious part of the campaign, a compelling drama that lasts right through to Punchestown in April.

A host of new stars will emerge in that time and they may or may not include Rather Be, Mister Whitaker and Kalondra, the up-and-coming chasers who have dominated betting on a feature event that has given us Fortria, Gay Trip and Imperial Commander in years gone by.

The Worlds End and Never Adapt are others in action today who could become the names of 2018-19, while Coneygree – the breakout star of 2014-15 – returns to Cheltenham for the first time since his brilliant Gold Cup victory three and a half years ago.

None can decry the class that Addeybb brings to the Listed Churchill Stakes on the Flat at Lingfield this afternoon but Cheltenham is where appetites are likely to be whetted, emotions stirred and heroes anointed.

Appearances aren’t always as they seem

Don’t be fooled by appearances in the BetVictor Gold Cup (Cheltenham 2.25). Things are not always as they seem and you can end up looking silly unless you’re very careful.

Ask the RSPCA team called to investigate a large dog seen lying ominously still on a church roof in Port Talbot recently. They turned up fearing the worst – and discovered a four-foot cuddly toy.

It’s just as easy to leap to the wrong conclusion in a modern-day BetVictor, to be beguiled by the alluring youngsters gathered for the first big handicap of the season.

As always, unexposed second-season chasers such as Rather Be, Mister Whitaker and Kalondra have captured punters’ imaginations, each appealing as potentially a fair bit better than his handicap mark.

Yet the big field going lickety-split over tough fences make this a searching test and experience has won the day of late, with the last three runnings going to the seasoned trio of Annacotty, Taquin Du Seuil and Splash Of Ginge – who is back to try again.

Statistic of the day

Since winning the race now know as the BetVictor Gold Cup with Fondmort in 2003, Nicky Henderson has had 24 runners and all of them have been beaten. He runs favourite Rather Be today.

Friday’s going of good, good to soft in places is not expected to change for Saturday’s BetVictor Gold Cup day at Cheltenham, according to clerk of the course Simon Claisse.

He said: “The forecast remains dry. The ground is riding slow-good, as we thought it would, and I’m not anticipating any changes.”

Following the opening amateur riders’ handicap chase, second-placed rider Jamie Codd said: “It’s beautiful ground which is on the easy side of good.”

Fellow jockeys Derek O’Connor described it as being on the slow side, while Lisa O’Neill reported it to be “good with bits of soft in places”.

Can Coneygree do it again?

Looking at the field for the BetVictor.com Handicap Chase (Cheltenham 1.50) you could be tempted to think that racing is in for a touch of the Wayne Rooneys.

Are we celebrating a star whose best days were several years ago but deserves one last day on the big stage?

Coneygree returns to Cheltenham for the first time since he won the Gold Cup in tremendous style as a novice in 2015. Rather as with Wazza, his form tailed off last season and he was pulled up on both starts and is unraced since the Ladbrokes Trophy.

But it is only 19 months ago that the 11-year-old showed plenty of his old dash to finish a close third behind recent Gold Cup winner Sizing John at Punchestown and that form would give him every chance despite carrying top weight in a 16-runner field.

Add’s up for an all-weather prize

Time for a quiz: which winner at the bet365 Gold Cup meeting is hot favourite for a £40,000 race on BetVictor Gold Cup day? It’s actually a trick question as the answer is Addeybb, who landed the bet365 Mile on the first day of the mixed meeting at Sandown in April. 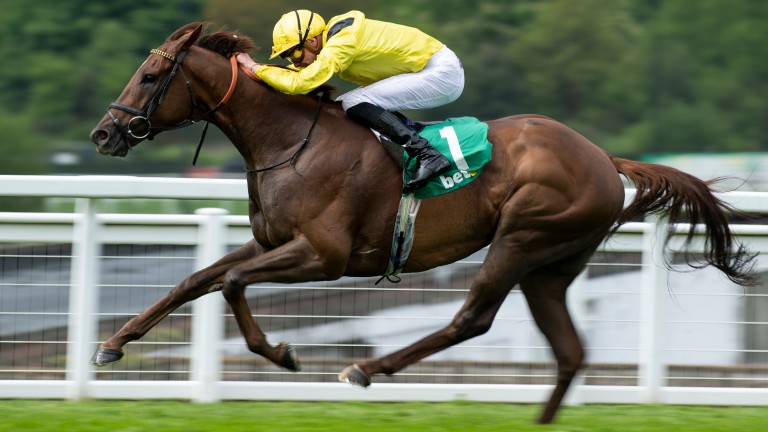 Addeybb: ran out a wide-margin winner of the bet365 Mile at Sandown

He has been well held in two outings since but he was keeping extremely good company each time and that Group 2 win makes him very much the one to beat in today’s Listed Betway Churchill Stakes (Lingfield 2.45).

Then again, it is a Saturday and John Gosden has cleaned up on recent weekends. Seven days ago November Handicap winner Royal Line followed hard on the hoofs of Enable, Cracksman, Roaring Lion, Too Darn Hot and Stradivarius in making the weekend highly profitable for the champion trainer.

Which suggests it would be unwise to bet a huge amount against Maverick Wave doing it again for Clarehaven this afternoon.

Few would begrudge Henry de Bromhead victory in ‘his’ race at Punchestown today.

But it has been a sombre time in County Waterford as Identity Thief, responsible for the yard’s most recent success in the race two years ago and who scored a Grade 1 victory at Aintree as recently as April, suffered a fatal injury at Navan last Sunday.

It means plenty will be cheering today for Mind’s Eye, who was fourth in Grade 1 novice company at Aintree as a hurdler last spring and looks even better over fences judged on a game win at Wexford last month. 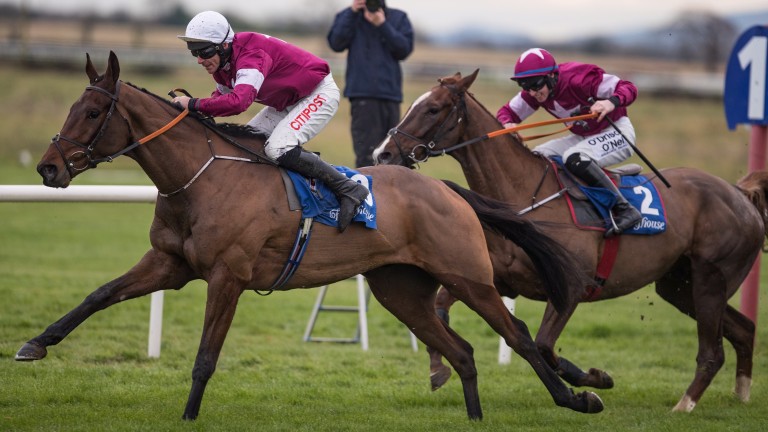 Get set for a Wolverhampton rhapsody

Think twice if you are tempted to fork out for a trip to watch Bohemian Rhapsody at the cinema on Saturday evening.

If you want to see a group of singers pretending to be Queen, why not head to Wolverhampton where you get eight races thrown in as a warm-up act?

The racing precedes a live set by Dont Stop Me Now, an apparently “electrifying tribute to the sound of legendary rock supergroup Queen” who offer “a rollercoaster song and dance extravaganza”.

The racing may not be quite so spectacular but you never know what to expect at Wolverhampton – this is the city where Dimitri van den Bergh hit the sporting headlines with a nine-dart finish at the Grand Slam of Darts on Wednesday.

Billy Reed: A brief history on the marriage of horse racing...

Seven horses who missed Cheltenham who could shine at Aintree |...