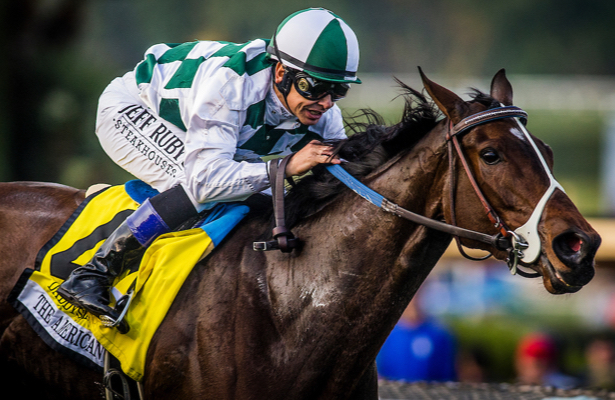 Gainesway, agent for Normandy Farm, will offer Grade 1 winner and millionaire Daddys Lil Darling at the upcoming Fasig-Tipton November Sale. The 4-year-old filly will be offered as a broodmare prospect.

A daughter of top international sire Scat Daddy, Daddys Lil Darling provided many memorable wins for her owner and breeder, the late Nancy Polk of Normandy Farm. A graded stakes winner at 2, 3 and 4, her most significant win came in the American Oaks (G1) over Santa Anita’s turf course.

Over the course of her career, Daddys Lil Darling earned more than $1.3 million and won or placed in 11 graded stakes races, the highest number for any son or daughter of Scat Daddy.

Fasig-Tipton President Boyd Browning added, “Daddys Lil Darling was one of the top fillies in North America each year from 2 to 4, on both turf and dirt.  Her pedigree and race record make her highly appealing to buyers from around the world.”

The Fasig-Tipton November Sale will be held on Sunday, November 4, in Lexington, Kentucky.

Football Postcast: The Big Kick Off

How to crush the Belmont Stakes 2018 Superfecta