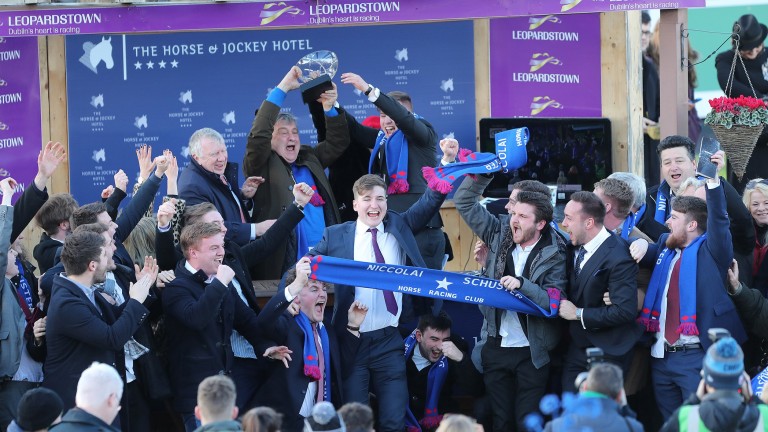 The Leopardstown Christmas Festival opened with an emotional win after Ellie Mac scored on behalf of the Niccolai Schuster Horse Racing Club, named in honour of one of six people who died in the 2015 Berkeley tragedy.

Speaking on RTE Niccolai’s father John said: “This is the greatest day of our lives since the tragedy in Berkeley.

“My son was a great racing fan and we decided at a party to put a racing club together – there was no shortage of neighbours, friends and we had support from all over the world.”

Niccolai’s mother Graziella added: “His favourite sport apart from football was horseracing. He loved the Christmas festival here and what a way to start – he was on Daniel’s shoulders.”

Niccolai, 21, was a student of history and politics at University College Dublin. He and five others died when a balcony collapsed in Berkeley, California, on June 16, 2015.

Head of the class

School breaking up for the Christmas holidays was not the only good news of late to come the way of Nottingham deputy head teacher Chris Baker, for he emerged victorious in Racing UK’s Tipstar competition.

The final was staged at Cheltenham’s December meeting. Six finalists were selected from a record 250-plus video entries, with each previewing and reviewing a race in the company of Lydia Hislop live on RUK. Each finalist was assessed for their presentation style, insight and analysis, and tip itself. 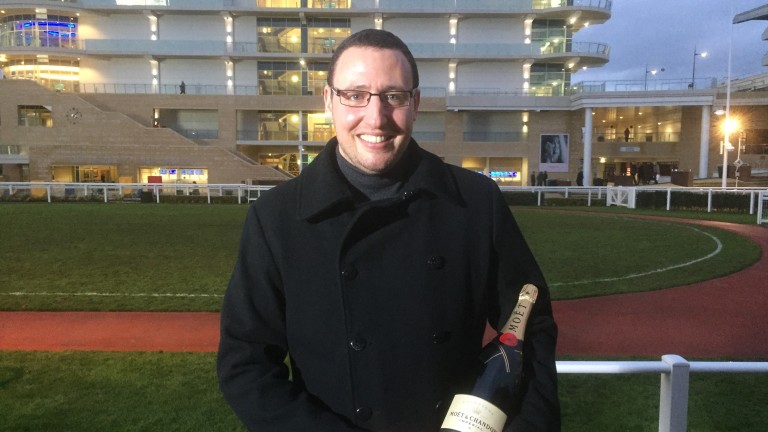 Chris Baker: the Tipstar winner will be joining the RUK team at Cheltenham on Trials Day

Baker’s first prize included £1,000, a punditry shift on RUK back at Cheltenham on January 27, a racinguk.com column, a magnum of champagne, a £250 free bet in aid of the Injured Jockeys Fund, courtesy of Sky Bet, and a year’s subscription to RUK.

He said: “Most of my spare time is dedicated to my passion for racing and I have become increasingly keen for something more to come of my hobby.”