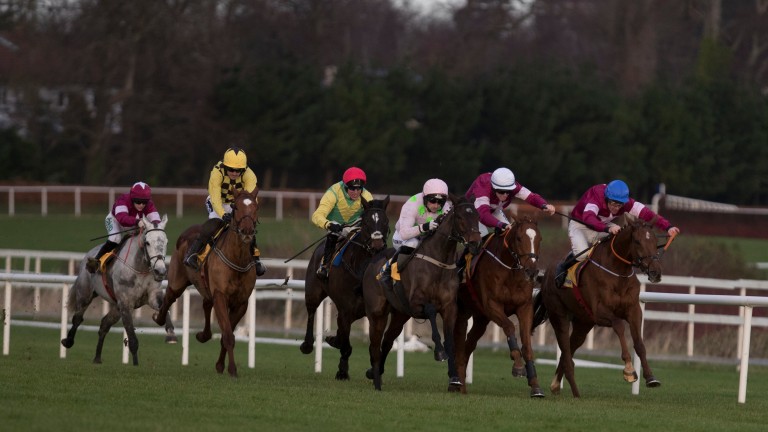 Horse Racing Ireland chief executive Brian Kavanagh has blamed a dispute between SIS and At The Races for the absence of Irish racing’s replay archive prior to January 1, a situation that has triggered anger from punters and racing professionals.

It was initially believed the disappearance of the Irish replays, along with those from Chelmsford, was due to technical issues relating to the switches that occurred on New Year’s Day.

But it has emerged the reason for the unavailability is due to the failure of two of the main parties behind the sport’s two specialist racing channels to agree a deal for the archive.

Kavanagh is pointing the finger of blame at ATR, now Sky Sports Racing, which had the rights to show Irish racing before January 1, and SIS, which brokered a new deal for those rights with rival channel Racing TV.

HRI chief executive Brian Kavanagh: “We’ve been talking to all parties today and the preference is to get this resolved sooner rather than later.”

“It’s a matter between SIS and At The Races,” Kavanagh said. “The expectation was that there would be an agreement between them in relation to the archive but that hasn’t been reached.

“In that instance, you have to look at alternatives and they’ll need a little bit of time but it will be done. All parties are well aware of the need for this to be done.”

He added: “We’ve been talking to all parties today and the preference is to get this resolved sooner rather than later. It’s not comparable, but there’s an archive of races from the past three years on the HRI Youtube channel.

“It’s not as user friendly but there is coverage up there. That’s obviously not an alternative as you need a search facility.”

SIS bought the rights to Irish racing from HRI in 2016 and initially maintained the association with ATR. ATR relinquished those rights to Racing TV on January 1 under a new five-year deal brokered by SIS.

Neither Sky Sports Racing or Racing TV are showing archive footage of Irish racing from prior to Tuesday, an absence that has also hit Racing Post subscribers.

Ger Lyons, who yesterday called for patience in relation to Irish racing’s prominence or otherwise on the new Racing TV output, was critical of a situation which has left all video footage from previous rights holder At The Races disabled without any explanation.

He tweeted: “I accepted every interview etc with @AtTheRaces and you reward me by taking away my access to replays. This is petty & shortsighted and unnecessary. Surely as thanks for all our previous support you can reverse this decision? It’s a long road . . .”

Takeaways from the day one coverage

Lyons shortly followed up on Twitter by adding: “I’m being told [rightly or wrongly[ that it’s RUK/HRI that have caused this loss of replays. If this is so then all players [owners, jockeys, trainers] need to withhold all access until this situation is rectified. We can’t be pawns in their fights.”

Racing TV on Thursday moved to allay fears that the problem is not unresolvable, although confessed it may still take weeks before an agreement is reached.

Spokesman Seb Vance said: “We recognise that it’s frustrating that there’s currently no Irish archive available prior to January 1. Discussions on providing the Irish racing archive prior to January 1 are ongoing. We are working on trying to resolve the situation by the end of the month.”

As well as the obvious implications for Racing Post subscribers and punters trying to study form, the knock-on effect of the blackout will hinder jockeys hoping to learn about prospective mounts, trainers devising tactics and even potential sales for bloodstock agents.

Danny Mullins: “It was very handy when we had it and it’d be nice to have it back.”

Leading jump jockey Danny Mullins admits the video footage is a valuable tool for riders and agreed with Lyons that trainers and riders deserve better.

He said: “I think Ger Lyons made a fair point in that we gave a little and a little bit in return would be nice, but at the same time it’s not the end of the world.

“It was very handy when we had it and it’d be nice to have it back. Maybe it’s HRI’s fault for not being proactive as opposed to being reactive.”

Bloodstock agent Ross Doyle, another leader in his profession, having identified the talents of multiple Group 1 winners Canford Cliffs, Olympic Glory and Paco Boy, indicated that he was also keeping close watch on the situation.

Doyle said: “It’s obviously an issue for us as we need to be able to show prospective clients video replays of horses.”

The Everest: Richest race in Australia aims to win back Snapchat...

editor - April 19, 2018
0
Organizers of the $13 million race in Sydney hope the bumper prize pot and new approach will entice millennials and build a brighter...

St. Moritz Snow Races and Other Must-Click Links of the Week