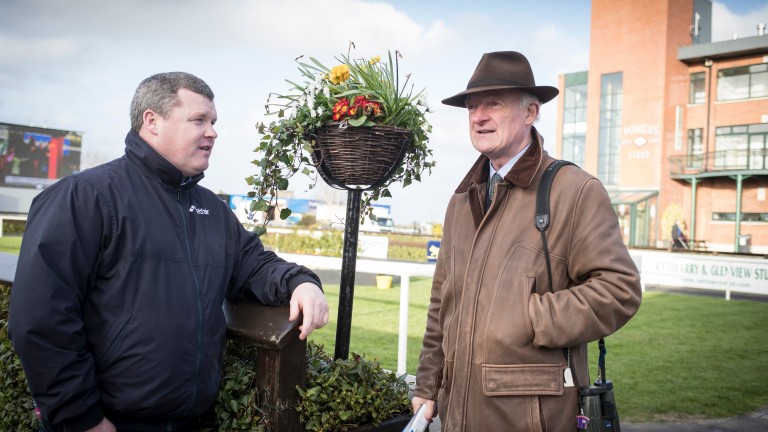 Traditionally the first big handicap chase of the year in Ireland, Thursday’s renewal of Gowran Park’s flagship event has a familiar look to it with Willie Mullins and Gordon Elliott accounting for 14 of the 18 declared runners.

Gowran Park is home territory for Mullins, who has eight in the line-up for an event he has won six times, most recently with Djakadam in 2015.

Djakadam gave Ruby Walsh his only win in the race and the multiple champion jockey rides Invitation Only for owners Andrea and Graham Wylie, whose colours were carried to victory by On His Own in 2012 and 2014.

On his only previous attempt over the distance, Invitation Only was vying for the lead in a Grade 1 novice event at last year’s Punchestown festival when he was badly hampered and unseated his rider two out.

Mullins said on Wednesday: “We took Invitation Only out of the Grade 2 chase at Thurles on Sunday as we felt the ground was too good for him. There’s soft in the ground description at Gowran so conditions should be fine for him. He’s in good form and I think he’ll be okay over the distance.”

Barry Geraghty, seeking a first win in the race, partners Pairofbrowneyes, who won the Leinster Natonal at this track last season, while Paul Townend is on Up For Review.

Mullins said: “The ground was too good for Pairofbrowneyes in the Paddy Power at Christmas and conditions will be more to his liking this time, while Up For Review is a course winner over shorter and stayed three miles well over hurdles.” 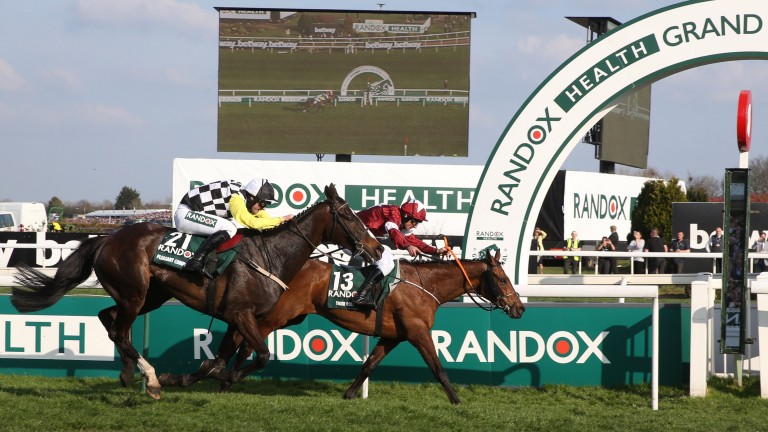 Pleasant Company (near): Grand National runner-up is one of eight runners for Willie Mullins

Mullins said: “Going back over fences should suit Pleasant Company who ran moderately over hurdles last time. The soft ground will suit Isleofhopendreams although he probably needs further to be seen at his best. The ground and trip should suit Some Neck who has won over the course.

“Polidam was disappointing in the Paddy Power last time and we’re hoping the softer ground might bring about an improvement, while Bellow Mome, who has been off a long time, has a nice low weight. We’ve been waiting for the ground to ease before running him.

Monbeg Notorious provided Elliott his first winner in the race a year ago when scoring by 11 lengths and returns off a 15lb higher mark as one of six runners for his trainer.

Elliott said: “Monbeg Notorious is having his first run of the season and is bound to come on for the run, but he’s in good form and we’re happy with him.”

He said: “Dounikos and General Principle ran well for a long way in the Paddy Power and you’d hope they will have come forward. Borice was having his first run for us in the same race and lost his chance when making a bad mistake at the first. He had good form in France and with better luck this time, he could go well on soft ground which should suit.

“Out Sam went up 8lb for his Cork win and was well beaten on his last two starts while we’re trying blinkers and claiming 7lb off Alpha Des Obeaux to try and help his chance off top weight.”

The Henry de Bromhead-trained Valseur Lido, once rated 169 and now 22lb lower, is fitted with cheekpieces for the first time as the three-time Grade 1 winner seeks a first win since November 2016.

Liam Burke, successful with My Murphy in 2016, is represented by Sumos Novios, while Mall Dini, a 12-race maiden over fences, is re-united with Patrick Mullins, who rode him to finish second in the Kim Muir Chase at Cheltenham in March.

Today’s horse racing cards: All the action from the tracks for...