It’s not easy to win two Guinness Galway Hurdles in a row. Pinch Hitter is still the last horse to achieve the back-to-back feat, and Noel Meade’s horse was a Galway legend. That was in 1982 and 1983, 10 years before Joseph O’’Brien was born.

The young trainer sends his 2017 Galway Hurdle winner Tigris River back to Ballybrit this afternoon to try to emulate Pinch Hitter’s feat of three and a half decades ago. History tells you that it is an arduous task that he faces, but it is not an impossible one. There have been chinks of light of late for returning heroes. The Tony Martin-trained Thomas Edison won the race in 2014 and he had just joined his stable companion Quick Jack at the final hurdle in 2015 when he stepped at the obstacle and came down. JP McManus’ horse was racing off a handicap rating that was 11lb higher than his winning mark. He was running a massive race.

Also, Bahrain Storm won the Hurdle in 2009 and finished second to Overturn in 2010 off a stone more. (And Missunited won the Hurdle in 2013, and Michael Winters’ remarkable mare won the Group Three Lillie Langtry Stakes at Goodwood on Hurdle day in 2014, but that doesn’t really count.)

That said, cap colours and jockey bookings and market prices all suggest that it is Le Richebourg and not Tigris River who has the best chance of the trainer’s five and the owner’s nine. The Network gelding was an impressive winner of a novices’ hurdle at the Galway Festival last year, over today’s course and distance.

He was highly tried during the winter, he ran in the Royal Bond Hurdle, the Future Champions Hurdle and the Deloitte Hurdle, all Grade One novice races, and he came up well short on each occasion. He did finish second in the Future Champions Hurdle at Leopardstown’s Christmas Festival, but he was beaten 19 lengths by Whiskey Sour, and he probably would have finished fifth if Mengli Khan hadn’t run out at the second last flight and if Sharjah and Real Steel hadn’t fallen at the last.

He ran in the County Hurdle at the Cheltenham Festival in March and, again, he came up short.

Le Richebourg has been given a chance by the handicapper too, though. He will race today off an Irish mark of 140, which is 5lb lower than the British mark off which he raced in the County.

He would have been of big interest on good ground. He won three on the bounce on good and yielding ground last summer, including at Galway last year, and his four defeats since have all been on soft. He is a classy individual and he is obviously highly regarded by connections. Also, he is five and lightly raced and has all the potential that goes with that. But he is short and the ground may not be ideal. 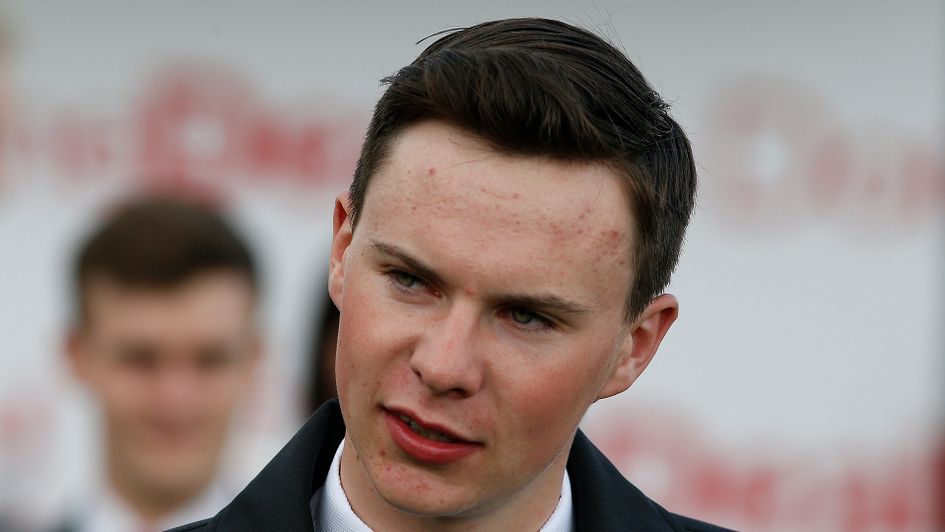 Ruby Walsh has chosen to ride Max Dynamite of the Willie Mullins six. Susannah Ricci’s horse is a classy performer, he has won a Lonsdale Cup and he has finished placed in two Melbourne Cups and he was beaten less than four lengths by Highland Reel in the Hong Kong Vase at Sha Tin last December.

He is probably not as classy over hurdles as he is on the flat, but his handicap rating reflects that, and he put up the best performance of his hurdling career in the 2015 Galway Hurdle, when he ran on to finish second behind Quick Jack after Thomas Edison had departed at the last. He is only 2lb higher in the handicap today than he was then, and the fact that Ruby Walsh is riding him is a double positive: (a) he has chosen him and (b) he is riding him.

Of the rest of the Closutton contingent, Sharjah and Whiskey Sour are probably the most interesting. Sharjah would almost certainly have won that Grade One novices’ hurdle at Leopardstown over Christmas if he hadn’t come down at the last, and he ran well to finish third behind Joey Sasa and his stable companion Wicklow Brave in the Grade Three Grimes Hurdle at Tipperary last time. That was his first run since April, it should bring him forward nicely for today and, although he has top weight, he is lightly raced and progressive.

Whiskey Sour would have finished well behind Sharjah at Leopardstown at Christmas if his stable companion had stood up, but the Jeremy gelding loves it at Galway. He won twice at the 2017 Festival. He landed the big amateur riders’ handicap on the opening evening under owner Luke McMahon’s son Aubrey, and he followed up by winning the big Guinness Handicap on the Friday with Declan McDonogh on board. He also won his maiden there too as a juvenile in 2015 when he was with Eddie Lynam.

He is another who was highly tried last winter, running in four Grade One novice hurdles, and he ran a cracker to finish third in the County Hurdle at Cheltenham off a handicap rating of 141, just 2lb lower than the mark off which he races today. He ran a big race on the Flat too last time in the Ascot Stakes at Royal Ascot in finishing a close-up fifth behind his stable companion Lagostovegas. He goes well on soft ground, and rider Danny Mullins gave Riven Light a super ride from a wide draw to win the big Colm Quinn BMW Mile on Tuesday.

British raiders Leoncavallo and Project Bluebook come into it, but DAVIDS CHARM (Click here to back with Sky Bet and get six places each-way) could be the answer to a very tricky puzzle. John Joe Walsh’s horse proved his affinity for the track when he won a handicap hurdle over two miles and five furlongs at last year’s festival, and he has continued his dramatic improvement since.

Raised by 16lb by the handicapper to a mark of 127 for that Galway win, he was a little unlucky not to beat Lagostovegas in a handicap hurdle at Listowel next time, going down by just a neck, but he made amends at Fairyhouse’s Hatton’s Grace Hurdle meeting in December, when he landed a valuable handicap hurdle off a mark of 134.

He was wide around the home turn that day, he hit the front early enough, and he got in tight to the final flight and probably idled on the run-in, but he still went on to win by almost three lengths from Meri Devie, who won a big handicap hurdle at the Punchestown Festival in April and is now rated 11lb higher than he was then.

The handicapper raised Davids Charm by another 10lb for his Fairyhouse win, but he appeared to win with plenty in hand, and he continues on a serious upward trajectory. He too is lightly raced and he has the potential to go higher still.

He hasn’t run over hurdles since then. His trainer has almost certainly had the Galway Hurdle in mind, happy to leave him off until today, happy with his handicap rating. He has run twice on the level this summer though, and he stayed on nicely last time to finish third behind Slippery Serpent in a one-mile-seven-furlong maiden at Leopardstown. That should have brought him forward nicely with today’s race in mind.

The rain is a positive, he goes well on soft ground and he stays further than two miles, and Rachael Blackmore obviously gets on well with him and is riding on the crest of a wave. He could run a big race.

Racing! No doubt, Justify is for real