However, instead of praise him, viewers of the show said the 77-year-old “looked ill”.

John, however, has said he’s shed the weight from going on his very first diet and ditching potatoes though.

It is claimed the former Celebrity Big Brother contestant decided to start healthy eating after ballooning to 19 stone. 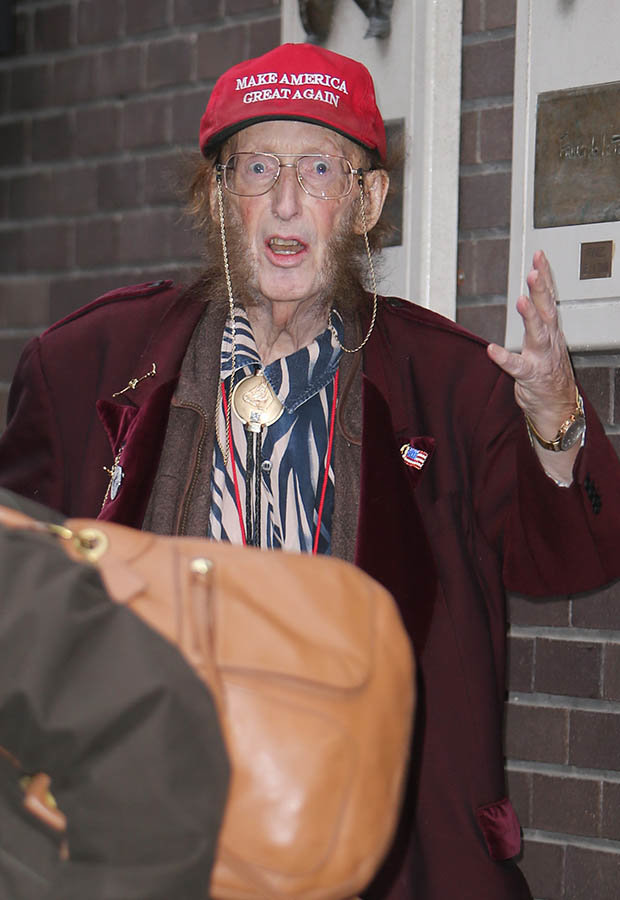 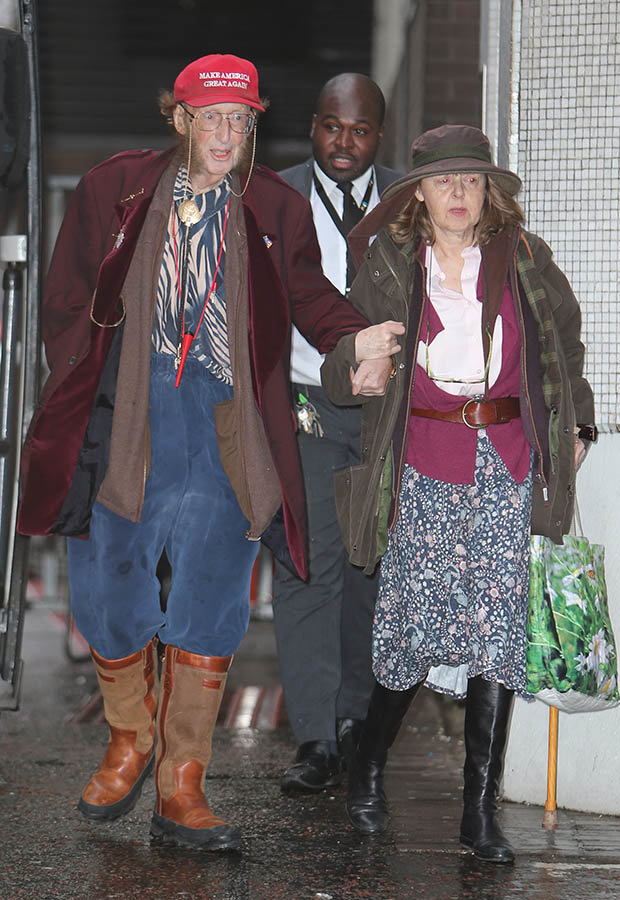 
TRIM: The horse racing star said he lost the weight after embarking on his first diet

John appeared on GMB to argue for greyhound racing to not be axed.

He appeared alongside Kerry Elliman, the founder of Birmingham greyhound protection, who argued for greyhound racing to be ended over animal cruelty.

However John said the breed would die out if it were not for racing.

He added: “In this country, the noble greyhound has done so much. It’s part of our history. 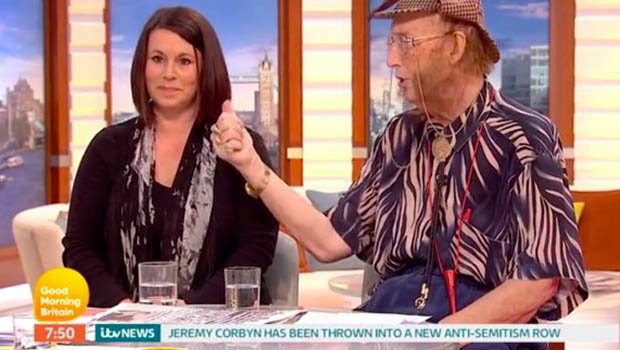 
GOOD MORNING BRITAIN: Fans were shocked at his appearance while on the show 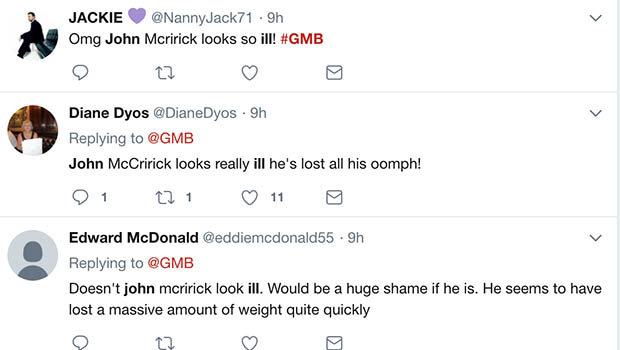 
SPEAKING OUT: Fans asked if the star was ill

“Every greyhound wants to chase. Virtually every one. They love it. If I came down on Earth, I’d be a greyhound.”

However, all fans seemed to want to talk about what his appearance.

A third chimed in: “Doesn’t John McCririck look ill. Would be a huge shame if he is. 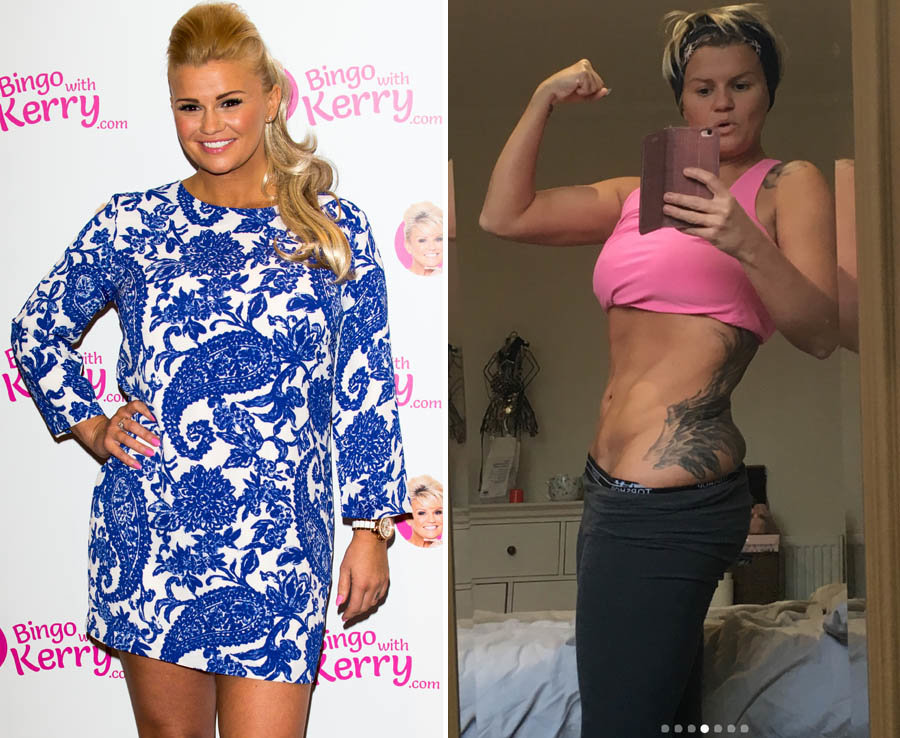 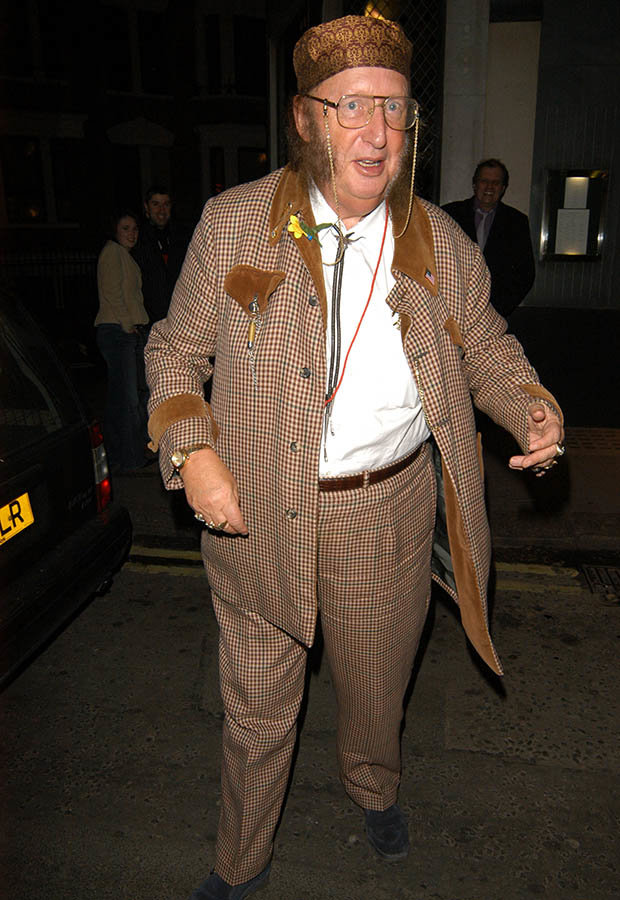 
BEFORE: John said he decided to lose weight after ballooning to 19 stone

“He seems to have lost a massive amount of weight quite quickly.”

John also showed off his weight loss as he exited the ITV studios with wife Jenny.

He was seen wearing baggy blue trousers and a flamboyant shirt, along with an oversized burgandy coat.

Irish War Cry retired, to stand at stud in Maryland