This is Owning Hill.

We had an excuse for underestimating the harshness of the slope on the way up, but when we reached the summit, we were left with no illusions as to why the brow we stood on belonged to the most famous hill in Irish racing.

Minutes earlier, Joseph O’Brien had loaded us into his Range Rover and that beastly motor made light work of the steep incline. An incline over which his grandfather Joe Crowley, and his parents AnneMarie and Aidan steered the talents of thoroughbreds with similar levels of horsepower to glory before him.

Looking across at Waterford, down on Kilkenny and peering over to Tipperary, our legs thanked the Gods of the motor world for their monumental creation. 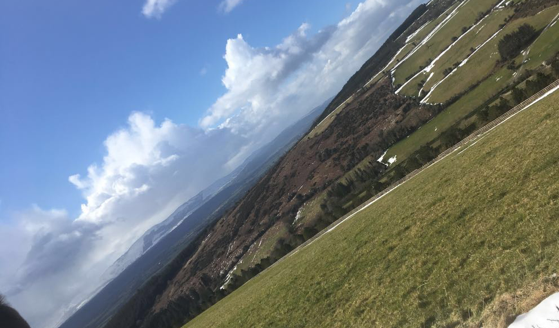 The 160 or so horses under the supervision of the most up and coming saddlers in the game have no such blessings to count.

That’s what makes them. Climbing up that hill every morning readies them for the toughest of challenges. Only headed by Willie Mullins and Gordon Elliot on the winners list in the 2017/2018 Irish horse racing season to date, O’Brien’s horses have been up for every challenge.

“We have the hill and it’s a huge advantage for us that other trainers might not have,” he tells us.

The biggest and most exciting of those challenges is only around the corner. Eight of Joseph’s string will take to Pretsbury Park next week to toe the line in what is the pinnacle of the national hunt game.

It’s the Cheltenham festival and despite radiating typical calm in his own back yard, O’Brien is clearly buzzing for this time next week.

Cleeve Hill is the difference maker in Cheltenham. The gruelling pull on the last lap of the Cotswold track sets the cat amongst the pigeons every year and in every race. After seeing this, we suspect O’Brien’s team, headed by Gold Cup hope Edwulf and the impressive hurdler Tower Bridge will be well prepped for that. 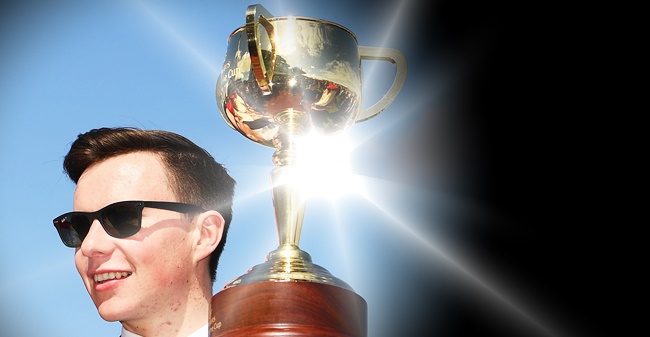 Joseph O’Brien knows no life other than the horse racing one. Surveying the dazzling views of his family-owned wonderland from the still snow-clad hills, he makes it abundantly clear, however that he’d choose training over riding any day of the week.

Only a couple of years ago it had looked like he’d remain on horse back for years.

When he was crowned champion apprentice as a 19-year-old, the sky looked the limit for this sprightly teenager. Expectations were high, but in line with his growing credentials, O’Brien was getting taller and taller.

At 6 ft tall, a career as a flat racing jockey where the minimum requirement is making nine stone didn’t look likely, but he proved he was always up for the fight to keep off the weight – He rode for five years, shouldering the pressure of being the leading jockey in Ballydoyle, and it was so rare that he made a mistake.

While the wins were exhilarating, the paring of his body to the bare minimum, the saunas, the steam rooms, the diet of red bulls and wine gums was none-so. 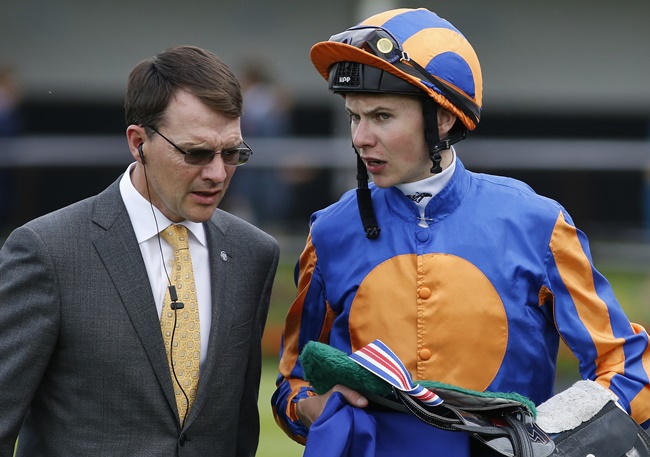 He rode ten classic winners and won countless Group Ones. He was the Champion jockey twice and rode the Epsom-Curragh derby double twice.

When that battle with the weighing scales eventually defeated him in 2016, this man had plans drawn up for his training career. He always had his eye on that.

That has taken off at a similarly meteoric speed, with the richest hurdle race in Europe in the Galway hurdle, the ‘Race that stops a Nation,’ in the Melbourne Cup, the Christmas Gold Cup, the Triumph hurdle and more to the most successful dual-purpose trainer in Ireland’s name in just a short space of time.

He doesn’t miss the riding much. He doesn’t have time to, but training isn’t a job for him, it’s a lifestyle, a thrill and it’s the only way he wants to live.

He’s buzzing with being busy.

Joseph is only 24 but he has 97 lads working under him in the family yard. 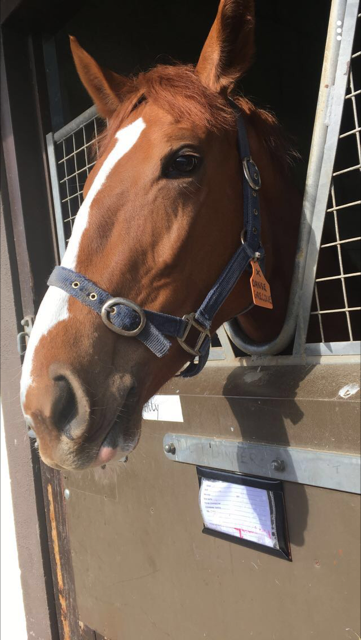 Loads of responsibility rests on his shoulders, but he’s never fazed by any of it and we could see that from the moment we arrived on a Wednesday afternoon to Piltown.

With a firm handshake, he welcomed us. Within a few minutes, we were made well aware that for one of such startling success, Joseph is just an ordinary young man.

An old head on young shoulders. Joseph was generous with his time and did his best to welcome us despite this being the busiest week of his year.

Though his manners and laid back nature lead many to believe he’s shy, reserved he may be but he’s up for a bit of craic, that’s for sure.

He’s a big Kilkenny hurling fan but quipped that Brian Cody’s men will want to hit the heights of their former successes again soon before he loses interest.

He joked about his pride at possessing the coveted Copper Face Jack’s Gold Card, despite having only been in the nightclub once. The demanding nature of life on the gallops doesn’t offer up many chances for late nights in the Jackson Court Hotel.

Maybe he’ll celebrate after next week. We wouldn’t put money on it. There’s always another race to win.

How to get a horse fit for the Jumps season

Racing Post - September 12, 2018
0
Grade 1-winning trainer Harry Whittington explains how he gets a horse fit for the Jumps season, following a summer break. Which horses are...

UK gaming firms are set for a big bet in the...