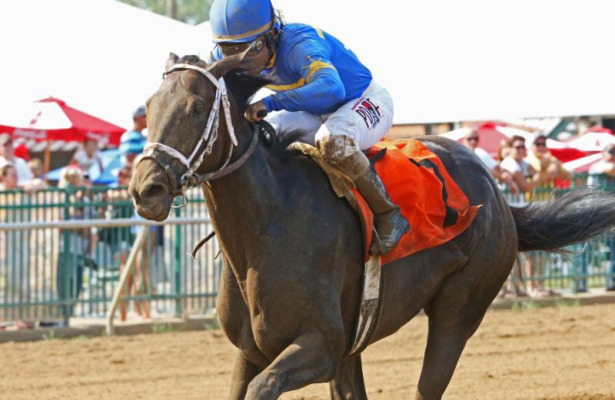 “She really likes Keeneland and ran well off the layoff last spring,” trainer Brad Cox said of the filly’s runner-up finish to Gas Station Sushi in the Beaumont in her first start in 4½ months.

Listed as the 6-1 third choice on the morning line for the 7-furlong Lexus Raven Run, Kelly’s Humor will be making her first start since finishing third in the Test (G1) at Saratoga on Aug. 4.

“The break was by design,” Cox said. “She runs well fresh and has done well at Keeneland (where she has worked twice).”

Although she is graded stakes-placed going two turns, Cox feels sprinting might be Kelly’s Humor’s forte.

“The one turn probably fits her better,” Cox said. “She is effective going two turns and she broke her maiden going a mile at Ellis Park and that is like a turn and a half.”

Cox also said Arklow came out of his runner-up effort in Thursday’s Sycamore (G3) fine and that no decision had been made regarding the $4 million Breeders’ Cup Turf (G1) Nov. 3.

“He cooled out fine and is good this morning,” Cox said of Arklow, who likely will remain at Keeneland a few more days before returning to Cox’s main string at Churchill Downs. “We will evaluate him but we don’t have to make a decision until pre-entries on Monday.”

John Oxley’s Indian Summer winner Strike Silver and Gary Barber’s War of Will, fourth in the Dixiana Bourbon (G3), worked a half-mile together in :47.20 on the main track early Friday morning in preparation for grass tests at the Breeders’ Cup.

“That was beautiful; I’m very happy,” said David Carroll, assistant to trainer Mark Casse. “The track is in great shape and they did it well within themselves.”

“Most likely they will stay here and have their final work next Friday, weather permitting,” Carroll said. “They are both fit and ready.”

what time is the horse racing on ITV1 this Monday, January...