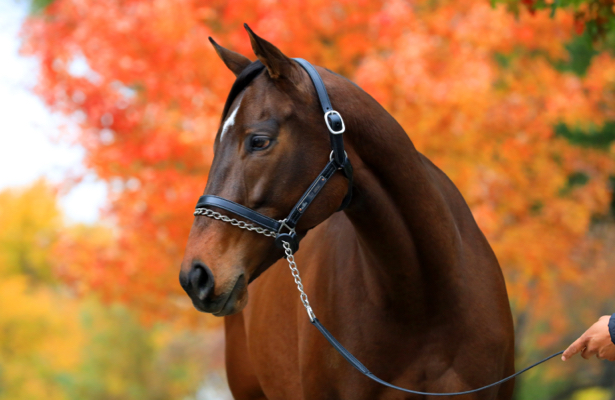 When Lady Aurelia commanded a sales-topping $7.5 million at the Fasig-Tipton November Sale last year — that large figure dispersing a partnership, and returning her home to Stonestreet Farm — it was unknown who she’d breed to in 2019.

The daughter of Scat Daddy won stakes both in the U.S. and abroad, where she’s famous for scoring at Royal Ascot in consecutive seasons.

“I considered every leading sire standing throughout the world,” Stonestreet’s Barbara Banke said in an announcement Wednesday. “In all respects, I feel Curlin is the perfect choice to get Lady Aurelia off to a good start.”

It’s a curious pairing with Lady Aurelia known for her runs on the turf and Hill ’n’ Dale stallion Curlin’s reputation as a top dirt sire. Of course, Scat Daddy’s progeny have proven they can run on anything.

Campaigned during her racing days by Stonestreet, George Bolton and Peter Leidel, Lady Aurelia blitzed her competition in Ascot’s Queen Mary Stakes (G1), then returned the next year to defeat older males in the King’s Stand (G1). She became the first U.S.-based horse to win a European championship known as the Cartier Awards in the process.

Can’t wait to meet the offspring of these two champions in 2020! #shesintheband pic.twitter.com/NPelA1ojwl

editor - July 1, 2018
0
There is little doubt that Forever Together is the correct favourite for today’s Juddmonte Pretty Polly Stakes. A little unlucky in-running when second...