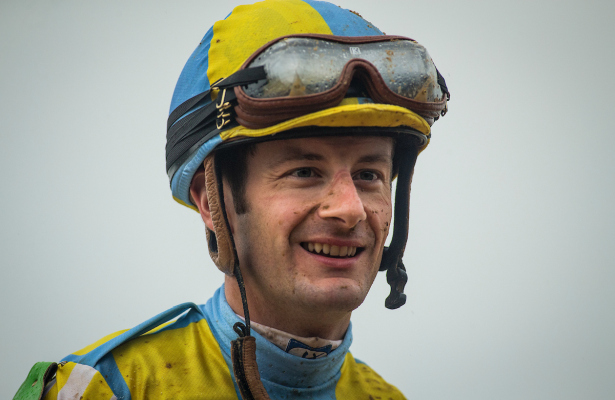 Off at 15-1, the last-out dead heat winner of Saratoga’s Grade 2 Bowling Green again battled with Channel Maker, the horse he hit the wire even with back on July 28. But this time, the challenger couldn’t keep up as they upped the distance from 1 3/8 miles to 1 1/2.

The win had to be especially sweet for Leparoux, who rode Sadler’s Joy to a win in the 2017 Sword Dancer but has since lost the mount. Sadler’s Joy didn’t hit the board in this year’s renewal, not after Glorious Empire skipped away from the field.

The 7-year-old by Holy Roman Emperor — a former claimer — dashed from the gate, opening with a 23.16-seconds quarter mile. Setting an easier pace the rest of the way, the mile went in 1:38.82, still swift, but not at the rate where the pace collapsed.

Latest horse racing results: Who won the 2.25 Tolworth Hurdle at...