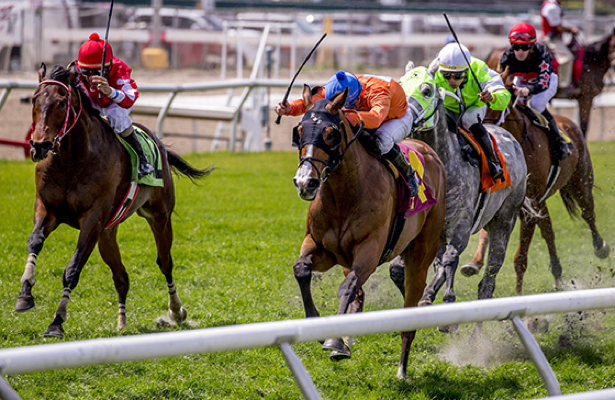 Ivery Sisters Racing’s Monte Man has done no wrong since being claimed by trainer Ron Faucheux last October and will attempt to keep a perfect record with his current conditioner alive in Saturday’s $50,000 Heitai Overnight Stakes, where he faces six other Louisiana-breds at Fair Grounds.

The 5-year-old son of Custom For Carlos spent over a year-and-a-half running at the claiming level in New York, but showed a major turnaround in form after being acquired by Faucheux, for whom he has won all six of his starts. Monte Man captured two allowance optional claiming events over the Fair Grounds main track against fellow state-breds at the Heitai’s six-furlong distance.

“We ran him for the first time last December and just got up to win (by a half-length) but he had been off quite a bit,” Faucheux said. “His first race for us really put a light bulb in his head. Since then, he’s gone on a tear. When we claimed him he had bled on us so we’ve been patient with him over the summer through the Louisiana heat. We only ran him twice but it was kind of because of a lack of races as well.”

Following his pair of victorious allowance efforts, Monte Man made his stakes debut a winning one in the Louisiana Bred Premier Night Sprint at Delta Downs on February 10. He then switched to the turf in the Costa Rising Stakes over the Stall-Wilson Turf Course and moved back to the main track to win the May 26 Louisiana Legends Sprint Cup Stakes at Evangeline Downs and did not race again until the August 4 Louisiana Cup Sprint Stakes at Louisiana Downs, which he won over fellow Heitai aspirants Cheers To Berti and Divine Bean.

“That last race was kind of set up a little differently,” Faucheux said. “He found himself on the lead which is uncharacteristic for him since we’ve had him, but that’s what good horses do, they find ways to win. When he got pressure he just spurred them off. He had that other gear to hit the sire first. He’s such a cool horse, beautiful horse too.”

Monte Man will break from the rail and will be guided by jockey Gabriel Saez as the 8-5 morning line favorite.

The Heitai Overnight Stakes is named after Rowell Enterprises’ Inc.’s 12-time stakes winner, who captured four events at said caliber at Fair Grounds. These wins included dual triumphs in the Costa Rising Stakes against state-breds, as well as a win in in the Louisiana Champions Day Sprint and the Duncan F. Kenner Stakes against open company. Heitai retired as a millionaire with a total of $1,074,893 in earnings.