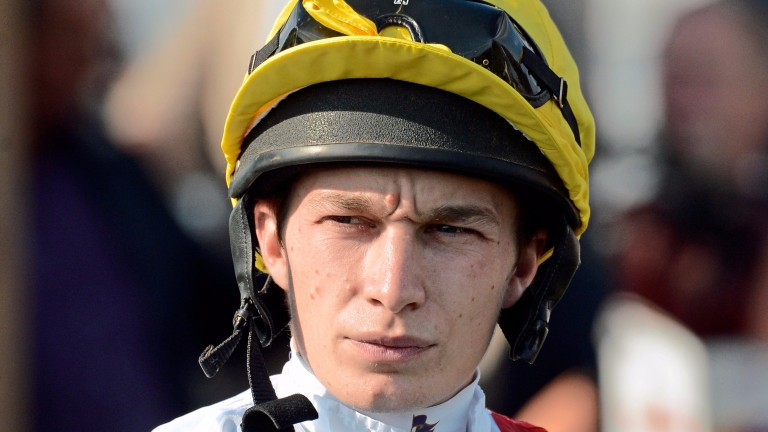 Jockey Luke Morris has called for harsher penalties for jockeys who “blatantly” abuse whip rules after he was nosed out on Sincerely Resdev at Southwell on Saturday.

His ban, for a total of 19 days, will begin on January 12 and take him until the end of the month.

Watch a replay of Love Rat’s win on Saturday

Morris had tweeted his disapproval on Saturday evening and on Sunday he told the Racing Post: “I think we can all miscount or forget and go one or two over [the limit], but when someone hits a horse so many times it’s just ignorant of the rules.

“It just leaves a bad taste for owners, trainers, punters and other jockeys, especially after what had happened in the earlier race. I think I’d have been walking on eggshells if I’d already been given a ban earlier in the day.”

Morris put his stick down in the final 50 yards and explained: “I knew I’d had [the maximum permitted] seven hits. I could have hit mine for an eighth time and maybe I’d have won, maybe I’d have lost – I don’t know.

“But I could have got two days for that and it might have cost me 15 rides. There’s no point in potentially upsetting that many people for the sake of one extra hit.”

Despite his frustrations, Morris did not call for more jockeys found to have broken rules in the act of winning to have the race taken from them.

“It’s obviously a very sticky area, but I don’t think it helps anyone to start chucking horses out,” he said. “If there was more discretion for stewards around the lower end, for jockeys who go one or two over, they could really hammer someone who hits the horse ten, 12 times or more, then that might be fairer.”

Following a double on Merhoob and Narjes at Lingfield on Sunday, Morris has reached a total of 150 winners for the seventh calendar year in a row, with a full book of rides on New Year’s Eve to spare.

editor - December 8, 2018
0
The most backed greyhound through the Oddschecker site today goes in the 21:26 at Romford. BUBBLY JOE has won five of his last six...

Racing NSW stewards wrongly using rule AR!75 for up to a...