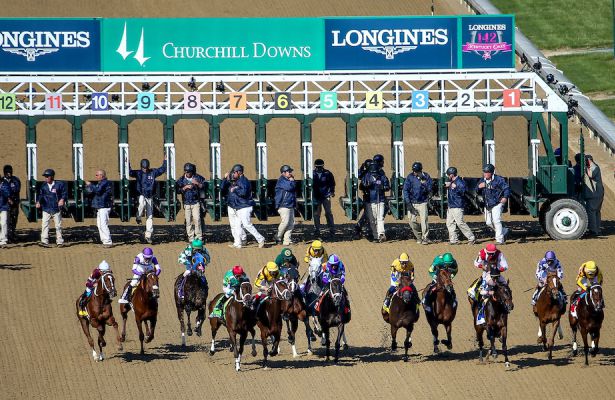 The six-furlong Debutante is one of three stakes events on Churchill Downs’ 12-race closing day card. The Debutante will go as Race 7 at 3:50 p.m. (all times Eastern). Also on the card is the $100,000 Bashford Manor (Grade III) for 2-year-olds and the $75,000-added Kelly’s Landing Overnight Stakes.

Shanghai Rain, owned and bred by Tom Durant, broke her maiden in her second-career start on May 18 at Churchill Downs under jockey Gabriel Saez for trainer Bret Calhoun. The daughter of Shanghai Bobby defeated eight rivals including next-out winners Blame the Frog and Lady Lucy.

“That was a tough race Shanghai Rain is exiting,” Calhoun said. “The runner-up (Blame the Frog) just came back to win and (trainer) Bill Connelly’s horse (Lady Lucy) came back to win impressively.”

Saez will once again pick up the mount on Shanghai Rain and break from post nine.

McPeek is seeking his second straight Debutante Stakes victory after winning last year’s renewal with Sunny Skies. Hernandez has the call on Restless Rider and will break from post five.

Also entered in the Debutant is Chicago-based O’Keeffe for owner Carolyn Wilson and trainer Larry Rivelli. O’Keeffe was highly regarded to bettors at odds of 2-5 when she broke her maiden on May 27 at Arlington Park. The daughter of Munnings will be ridden by veteran Jose Valdivia Jr. and break from post four.

First woman to run Townsville Turf Club in 150 years has...

How fit is a jockey?

A look at sports and horse racing connections