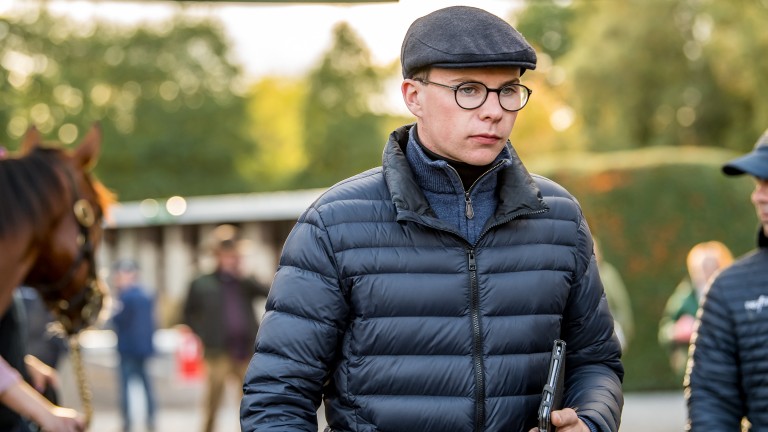 Joseph O’Brien: All The Answers bids to back up his last win

High hopes that Mallowney can turn back the clock

Mallowney may be entering the veteran stage of his career but that is of little concern to his trainer Tim Doyle, who is believes his one-time Grade 2 winner can roll back the years in this feature race on day one of Fairyhouse’s big meeting.

The 12-year-old Mallowney, who shares top weight with last year’s winner Nearly Nama’d, has not won since that Graded success at Naas in 2015 but his trainer reports him in top shape for his return to action.

Doyle said: “He’s in great order and ready to get going again. We’re very happy with him and we think he’s got his old spark back.”

All The Answers is the most recent winner in the line-up having scored over the trip at Cork last month when returning from an 11-month absence.

The Joseph O’Brien-trained runner, who carries a 4lb penalty for that five-length win, will be renewing rivalry with Blast Of Koeman who finished third in that race.

O’Brien said of the seven-year-old: “He’s been in good form since his win at Cork last time when he was having his first run for almost a year. He has a 4lb penalty and this looks a better race. It’s a good prize and we’re hoping he’ll get a share of the money.”

Blast Of Koeman, successful over course and distance previously, will be out to reduce the deficit of five and a quarter lengths this time round.

Trainer Robert Tyner said: “He has a bit of ground to make up on All The Answers from Cork last time but he’s in good form. He wore blinkers two runs back when he fell at Limerick and they’re back on as we think he needs them.”

The Gordon Elliott-trained Duca De Thaix, a Grade 3 winner over hurdles, makes his handicap debut having finished in the first three on all of his four previous attempts over fences.

Elliott said: “He’s been placed on all of his four starts over fences and is in good form for his first run in a handicap.”

Also running in a handicap for the first time are Arvico Bleu, runner-up on his last two starts, and Runyan Rattler.

Christmas Hurdle on Boxing Day an option for exciting If The...