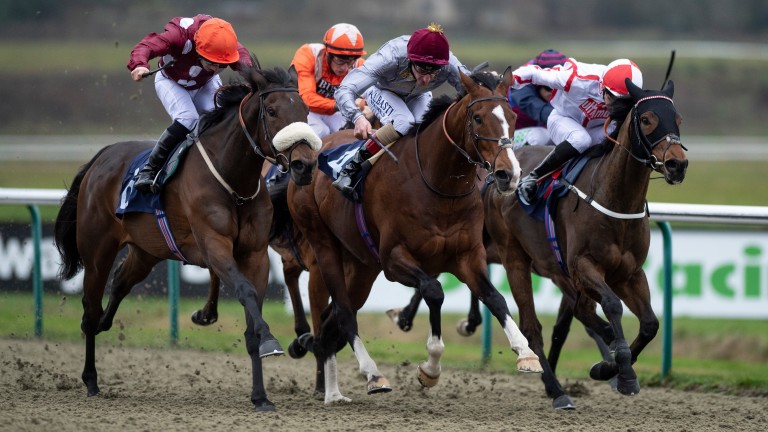 Toast Of New York famously had victory snatched from him in a tight three-way finish in the Breeders’ Cup Classic, and he endured a similar outcome when he finished a close third on his return to Britain at Lingfield on Wednesday.

A nose runner-up to Bayern in the 2014 Classic, the Jamie Osborne-trained seven-year-old was given a clever front-running ride by Adam Kirby but could not hold off Mango Tango in the 1m2f conditions event, with Scarlet Dragon second.

It was Toast Of New York’s first run in Britain since he won this event a year ago.

Jockey Adam Kirby said: “My gut feeling is he’s only a month back from America and maybe it took more out of him than we expected. They are horses after all and on the positive side he moved well and his wind was clear.

“He was very good in the prelims; he stopped a couple of times but that’s him. We knew there was never going to be a gallop so decided to make it and he went round with his ears pricked.”

Archie Watson, who trained winner Mango Tango, is plotting an all-weather campaign for his mare after a good display on her stable debut since moving from Qatar.

Speaking on At The Races, Watson said: “She’s a very talented filly and she had some very good form in France. It’s hard to get a line of form in Qatar but she’d been winning races out there.

“We had the second in this race, Petite Jack ,who went on to win the Qubec. He was moved away in the winter, so I wanted a horse for this division.

“I think ten furlongs is her trip and I’m sure she’ll come on plenty for it. I was delighted with her today and am sure she’ll progress plenty.”

‘It’s been a thrill’; Veteran Delta Bluesman going strong at 8

Grade 1 winner Fault ‘healed up,’ to sell at Keeneland November