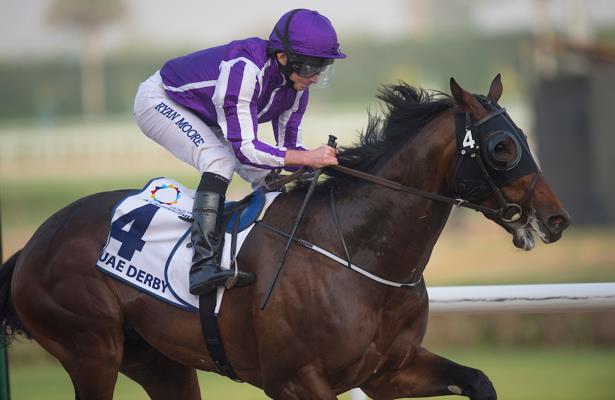 Mendelssohn will return to the United States ahead of the Breeders’ Cup Classic, likely for a run at the Grade 1 Jockey Club Gold Cup, trainer Aidan O’Brien this week told RacingPost.com.

O’Brien said the last-out Travers Stakes winner, who was also third in the Grade 3 Dwyer following his flop in the Kentucky Derby, has given the barn a “new angle” to try in racing.

O’Brien’s Ballydoyle stable typically trains European turf runners, with which he has had tremendous success. Coolmore campaigns Mendelssohn, a $3 million son of the late Scat Daddy, and is seeking a major win on dirt with the colt.

“We have to learn more things and work out more things as we go along,” O’Brien told RacingPost.com. “The only way you can learn these things is to be in the middle of it, and I think we’re getting there slowly.”

Mendelssohn set the pace in the Travers, marking a change in tactics after he was held by jockey Ryan Moore in the one-turn Dwyer. There was no shot in the Kentucky Derby, not after Mendelssohn was slammed leaving the gate.

Of course, the horse has tremendous potential as the 18-length winner of the Group 2 UAE Derby, and has won shipping to the U.S. in the Breeders’ Cup Juvenile Turf.

O’Brien labeled the Travers “the first run of a three-race program” and said the Jockey Club Gold Cup at Belmont is the spot “we’re thinking of going to” ahead of the Breeders’ Cup. The Grade 1, $750,000 race runs Sept. 29 at the 1 1/4-mile distance, with the victor awarded a “Win and You’re In” spot in the Classic. It also means Mendelssohn should face older horses such as Diversify and Thunder Snow.

Butler to saddle final runners at Chelmsford on Thursday before three-month...