At The Races will be relaunched as Sky Sports Racing next year.

The channel will be available to all Sky subscribers in the UK and Ireland at no extra cost. The channel will offer coverage of fixtures across the UK, with special deals in place for Bangor On Dee and Chester.

Over the last few years At The Races has provided an in depth, committed and high quality coverage of Irish racing. From January 1 2019, Irish daily racing will no longer be broadcast on At The Races.

That development was made known a couple of months ago, much to the rage of Irish racing fans. That was because followers would from then on have to pay a subscription of €31 a month to watch these meetings – a fee they didn’t have to pay previously.

The financial hit wasn’t the only reason Irish racing followers were irate. At The Races built up a reputation and a bond with Irish racing over the last few years, as it really established itself as the home of horse racing in Ireland. 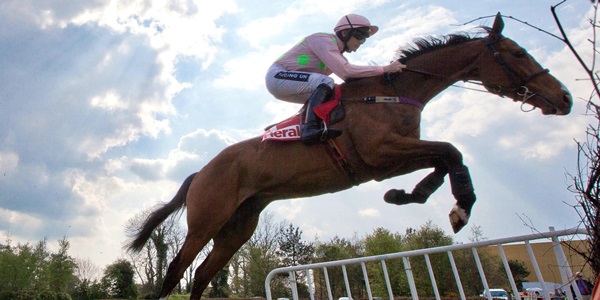 Their coverage is and has been top class over the last few years. With contributions from the Voice of Ireland, and undoubtedly one of the best and most consistent tipsters in the land, in Gary O’Brien, as well as the likes of Kevin Blake, it was always top class.

O’Brien and co. may be moving to Sky Sports Racing next year, and their loss will be huge for Irish racing.

Luke Harvey, Jason Weaver and Matt Chapman ensured the mood was never too serious and their coverage was always an entertaining watch.

With attendances of race meetings across the country dwindling steadily over the last couple of years, the loss of ATR was yet another blow.

Racing UK currently cater for all English meetings and the worry is that the load of racing will be excessive and that their coverage of Irish racing won’t be as in depth as it has been with At The Races.

Take for example, of a Saturday, when there may be three English race meetings on and two cards in Ireland. What will happen when these races clash?

Another question is whether Irish racing fans will fork out the extra money, given that they’re is a degree of uncertainty over the type of service they’ll be getting.

Sky Sports is adding a channel dedicated to horse racing to its portfolio which will also include coverage from Chester and Bangor.

Godolphin goes to $1.6 million for colt out of Dayatthespa

No touchdown at Kentucky Derby for Gronkowski…the horse