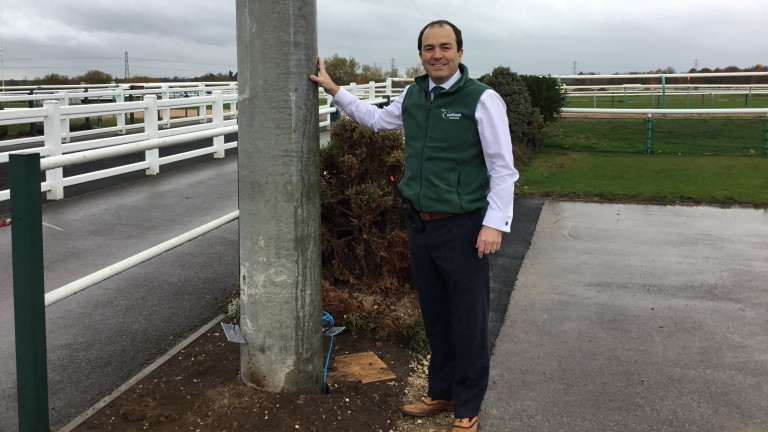 Southwell: floodlight pylons are in place but the supply and installation of power cabling remains an issue

Floodlit racing at Southwell has been hit by another setback and will not now begin until March.

An issue with the supply and installation of power cabling meant the track’s first two planned meetings under lights had to be transferred.

And the course has now announced that it will not be able to stage any of its next four scheduled floodlit fixtures, on February 18, 22 and 28 and March 5.

Arena Racing Company PR and communications manager Sam Cone said: “Unfortunately further delays with the installation of the power supply to Southwell mean the course will not be ready to host the twilight fixtures under floodlights scheduled in February and early March.

“While this delay is obviously a frustration, allowing sufficient time to host the required tests and gallops under the lights is obviously of utmost importance, and we look forward to getting under way with this work as soon as possible.”

Southwell is now set to stage its first meeting under lights on March 14, with its official grand opening on March 30 – when there will be a light show to accompany racing.

Derham reports Darling Maltaix ‘in A1 shape’ ahead of Lanzarote |...