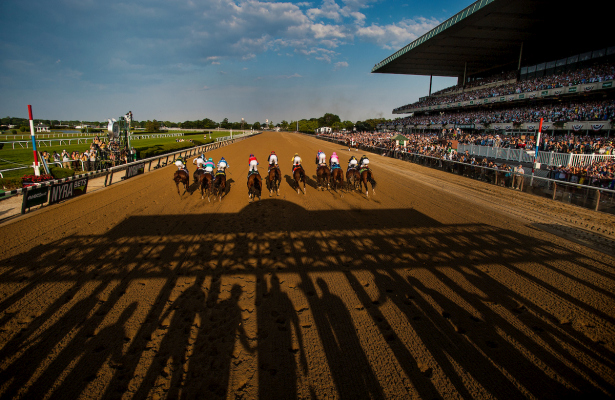 The New York Racing Association, Inc. (NYRA) has announced the return of the NYRA Bets Late Pick 5, available exclusively to NYRA Bets members across the country and to bettors in New York wagering on track or through a simulcast facility.

Beginning Wednesday, October 24 at Belmont Park, the popular multi-race wager will cover the last five races of every card of live racing at Belmont Park and features the same low, 15-percent takeout rate and 50-cent minimum as the early Pick 5.

“We are pleased to be able to bring back the NYRA Bets Late Pick 5, which has seen overwhelming support from our customers since its inception,” said Tony Allevato, President of NYRA Bets and Executive Producer for NYRA TV. “It’s an exciting wager that we can now continue to offer thanks to the New York State Gaming Commission.”

Initially launched at Belmont Park in July of 2017, the NYRA Bets Late Pick 5 has quickly become one of the most popular wagers at NYRA. In 2018, the NYRA Bets Late Pick 5 was offered for 10 days at Aqueduct Racetrack, 52 days during the Belmont Spring/Summer meet, and 39 days during the summer meet at Saratoga Race Course. The multi-race wager has been offered for 19 days so far during the Belmont Fall Championship meet.

editor - August 4, 2018
0
IT'S absolutely chocka with racing all over the country on Saturday and there are seven meetings to sift through. The Sunracing team have been...

State exco hands over 2019 ‘horse racing’ calendars for The Star...

Melbourne Cup horse death could not be foreseen