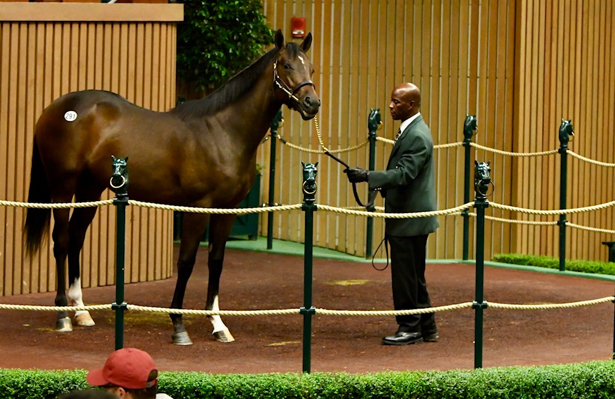 Pretty ’n Smart, the dam of Grade 1 winner Cupid who has produced eight winners from as many starters to race, sent another potential star to the auction ring Tuesday in Hip 306 at the Keeneland September Yearling Sale.

Shadwell purchased the War Front colt, while the American Pharoah filly went to Coolmore, which stands both the sire and Cupid. Coolmore plans to send her to trainer Aidan O’Brien.

Others Hips early Tuesday near the $1 million mark:

• Shadwell also went $950,000 for aWar Front filly out of Orate, a full sister to Pulpit. Selling immediately after the War Front filly, a Hard Spun filly and half to Irish group stakes winner Sergei Prokofiev hammered for $950,000, too. Shawn Dugan purchased for an unknown buyer and said the horse will likely go to Europe.

Joe Walls made MNZM for services to horse racing industry