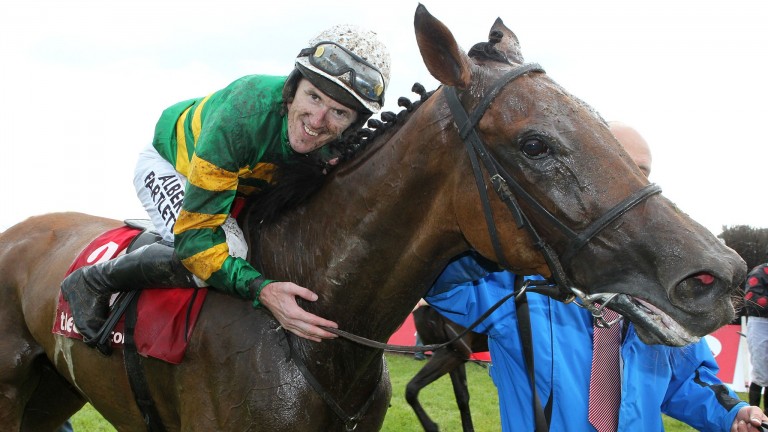 There was a sombre footnote to Auvergnat’s triumph in the Paddy Power Chase for JP McManus after it emerged his popular five-time Grade 1-winning chaser Carlingford Lough died of a suspected heart attack soon after crossing the finish line.

Barry Geraghty’s mount had kept on to be 12th of the 19 to complete, but then collapsed and died as he was being pulled up.

The 12-year-old first made headlines when landing a massive gamble for John Kiely’s small County Waterford yard as a maiden chaser in the 2013 Galway Plate under Sir Anthony McCoy.

He then plundered a first Grade 1 under McCoy when taking the three-mile novice chase at Leopardstown’s Christmas festival, before securing back-to-back editions of the Irish Gold Cup at the track in 2015 and 2016, the latter under Mark Walsh. 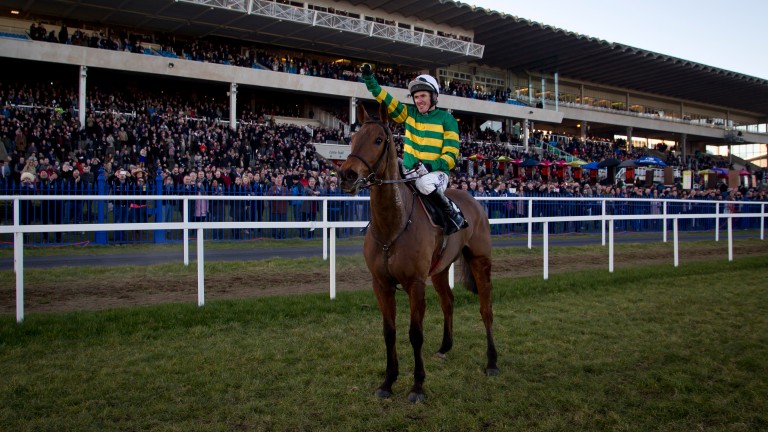 His 2015 triumph in the race proved especially poignant, as it came on the day after McCoy announced his intention to retire.

“I couldn’t have written that script any better and it was him that really made it what it was,” McCoy said on Thursday of that memorable occasion.

“He was a great horse and loved what he was doing. That was the big thing with him. He was everything you’d want in a racehorse, a real grinder who gave you everything he had.

“John and [wife] Marian Kiely are the nicest people so it’s tough for them.”

What proved to be Carlingford Lough’s last success came at the expense of Djakadam, Don Poli and Cue Card in the 2016 Punchestown Gold Cup under Geraghty.

“It’s sad, but he died doing what he loved,” Geraghty said of the incident. “He ran on well after hunting his way through the race as he normally would, but just took a wobble after the line and rolled over. He’s a big loss to John Kiely and his yard.”

McManus’s racing manager Frank Berry echoed those sentiments, saying: “It’s very sad for the whole team, including John Kiely, who trained him so well throughout his career.

“He was a wonderful horse who gave us many great days. He loved the game and loved Leopardstown, where he won three Grade 1 chases.”

2018 Belmont Stakes: Justify is latest example of sports and horse...