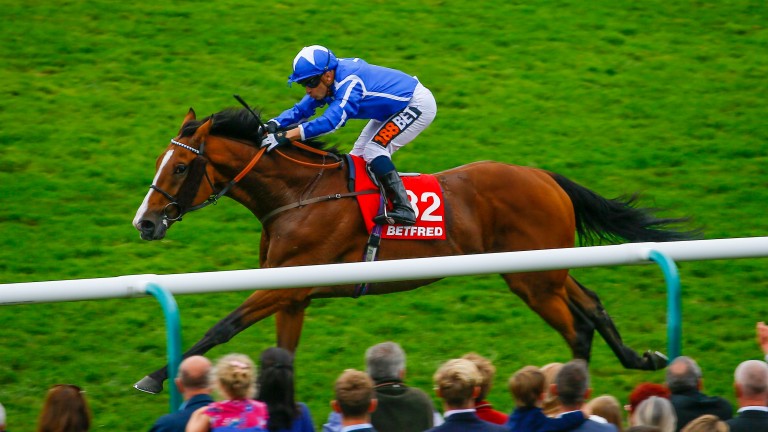 Withhold: leading Melbourne Cup fancy was among those held up in Sharjah

The crucial quarantine issues facing a wealth of imported horses to contest the Melbourne Cup among other spring carnival features are unlikely to be resolved until next week.

After last weekend’s flight from Europe – carrying a whopping 19 spring carnival contenders – was forced to spend about 20 hours on the tarmac at Sharjah in the United Arab Emirates because of a cracked windscreen, Racing Victoria is now faced with a range of complex quarantine issues as a knock-on effect.

First, nine of the horses are directly affected as they were to race on Caulfield Guineas day but these horses will now not come out of quarantine until the day after the meeting.

Just as crucially, the day delay has meant the final shipload of horses on October 13 – carrying one-third of the Melbourne Cup field – could also be forced into spending their first night in Australia at the government’s quarantine facility at Mickleham to avoid a clash with the horses spending their last day at Werribee.

The 19 horses delayed in Sharjah

RV’s racing operations manager Paul Bloodworth told RSN 927’s Racing Pulse on Monday that RV had applied to the Australian government to allow a special dispensation of 24 hours from the mandatory 14-day quarantine period so as to overcome the serious issues facing the raiders.

He said he felt the 20 hours the horses spent in air-conditioned facilities on the plane in Sharjah might be counted as that extra day of quarantine that would allow the horses to leave Werribee on the day of the Caulfield Guineas meeting on October 13.

“I think the main thing the government will take into account is the fact that these horses basically spent a day in isolation in a quarantine environment,” Bloodworth said.

“In the end, that will be the one thing that they will take into account which will hopefully fall in our favour.”

The quarantine quandary is not restricted to the 19 horses on the delayed plane. On arrival at the quarantine facility on Sunday, the new arrivals mixed in with the three Godolphin horses already in the country, meaning those horses will effectively have to restart their 14 days of quarantine.

Jungle Cat, who won the Group 1 Sir Rupert Clarke Stakes at Caulfield last month, will not be able to run in the Toorak Handicap on Caulfield Guineas day as had been planned. 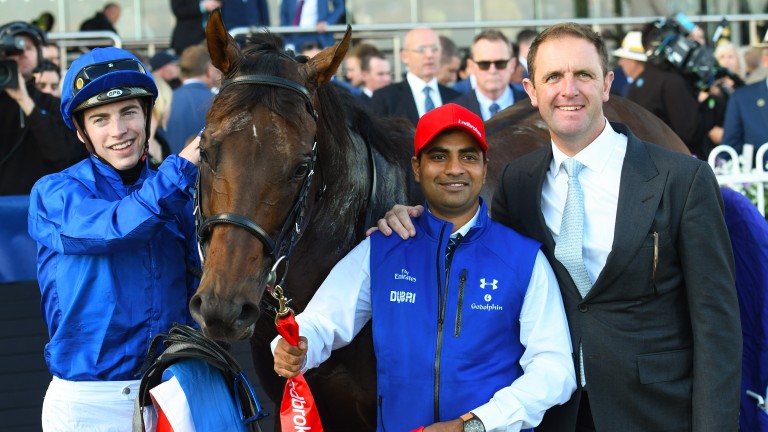 There is a fear the final shipment could also face a major disruption. As the horses will be at Werribee for an extra day, the eight Melbourne Cup horses arriving on Caulfield Guineas day might have to find alternative accommodation for 24 hours.

“There is a possibility to take those eight horses to the government’s Mickleham facility to spend the night there and do all the required testing, then the next day when those horses that are currently there leave and we could float them over to the Vintage Crop yard,” he said.

“By no ways is it an ideal solution, but it is a potential solution. We’re hoping that it doesn’t come to that.

“I’ve had initial dialogue with the Department of Agriculture and Water Resources – who are the people responsible for monitoring bio-security in Australia.

“What we are effectively asking for is that they complete 13 days quarantine upon arrival instead of the normal 14.

“It’s quite clear in their rules or policies that once you arrive in Australia you have to conduct 14 days post-arrival quarantine so we would need for them to provide a day’s dispensation.”

Bloodworth said the delay in decision-making around the issues revolved around crucial blood samples.

“They need to assess all the swabs,” he said. “When the horses arrive here from any country, they have four days of swabs – which is effectively testing for EI (equine influenza) and they won’t have those results back until later on this week.

“They also get a report on the circumstances around the delay in Sharjah and so the decision will be this time next week.

“I’m still pretty confident and hopeful that the government will see in our favour.

“They understand the ramifications around the impact on horse’s preparation as well as the broader spring carnival.”

He did however concede: “We do need them to move away from what is quite a rigid set of rules.”

Bloodworth said all 19 horses that endured the long trip to Melbourne had come through their ordeal in fine order.

“Remarkably all the horses have come through it very well,” Bloodworth added.

Racing.com for all the latest news from Australia and New Zealand

editor - November 30, 2018
0
The horse with the most money placed on it today through site runs in the 12:25 at Southwell. STAR ASCENDING returns to Nottinghamshire venue for the...

Seeking the Soul ‘peaking’ ahead of Clark Handicap defense

Horse racing tips for Leopardstown and Limerick on December 27