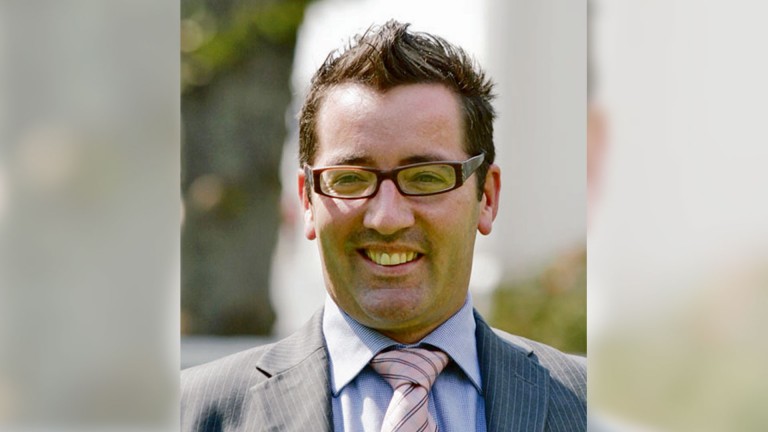 Matthew Foxton-Duffy: head of marketing at Cheltenham racecourse was punched in the face at the track on Gold Cup day

Andrew Bentley, the racegoer who pleaded guilty to assaulting a member of Cheltenham’s senior management team on Gold Cup day, has been served with an indefinite exclusion order from all racecourses by the BHA.

Matthew Foxton-Duffy, Cheltenham’s head of marketing, was punched in the face and hit his head on a door frame in the racecourse’s Gin and Jazz Bar, a pop-up marquee bar where racegoers paid an extra £95 to listen to music from Ronnie Scott’s Jazz Band.

Bentley, 28 and from Walsall, was arrested and charged by police, and he pleaded guilty to assault in Cheltenham Magistrates’ Court on April 10. He was given a community order and told to pay £300 compensation to Foxton-Duffy.

The BHA’s indefinite exclusion order is the fifth to be issued since October. Others include one served to Richard Melia, the racing fan who has followed some of the most famous names in the sport into the winner’s enclosure.

A BHA spokesperson said: “There is no place for violence on British racecourses.

“Whilst we believe the majority of staff and racegoers enjoy a calm and safe atmosphere on racedays in Britain, where necessary the BHA will always consider using its powers to exclude individuals who are proven to have resorted to violence.”

Racecourse behaviour has been under intense scrutiny this year following a mass brawl at Goodwood in May and another serious incident at Ascot shortly afterwards.

However, security has since been stepped up on many racecourses and there have been no further clashes on that scale, although 17 arrests were made at Royal Ascot, including one for sexual assault and two for assaulting a police officer.

Goodwood to review its security after complaints fight went on unabated

Latest going and betting moves from around the tracks today |...