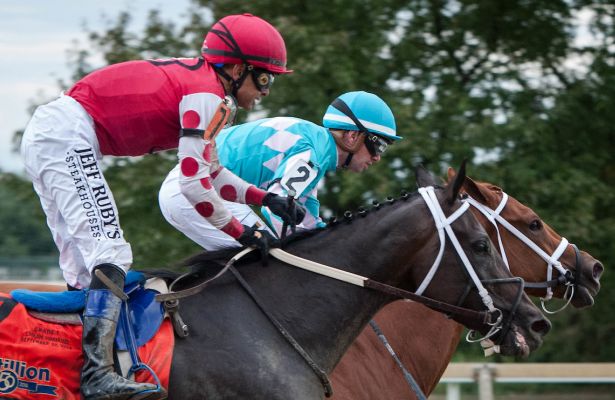 Midnight Bisou, who is normally ridden by
Mike Smith, has received her new jockey assignment for the Breeders’ Cup Distaff run Saturday, Nov. 3, at Churchill Downs.

According to the Daily Racing Form’s Jay Privman, Hall of Famer John Velazquez will be aboard
the 3-year-old filly as Smith has decided to stick with the older Abel Tasman, who could
be the Distaff favorite.

Smith has been a consistent pilot aboard Midnight Bisou. He rode her to victory in the Grade 1 Santa Anita Oaks and a
third-place finish in the Kentucky Oaks while she was conditioned by Bill Spawr.
After Midnight Bisou was transferred to Steve Asmussen, Smith traveled East to
ride her. The pair won the Mother Goose (G2) before finishing second to Monomoy
Girl in the Coaching Club American Oaks (G1) and third in the Alabama (G1).

Midnight Bisou, owned by Bloom Racing Stable, Madaket Stables and Allen Racing, last out won the Cotillion Stakes (G1) via disqualification
over Monomoy Girl. Smith was in the irons.

“We were waiting on Mike but after they made
their decision we have gone ahead and secured Johnny Velazquez,” co-owner
Jeff Bloom told the DRF Sunday.

“The timing from the Cotillion to the
Breeders’ Cup should help,” Bloom added. “And we’re thinking it will be an
advantage to walk out of her stall at Churchill and run.”

Los Alamitos ready to for its summer run of horse racing...