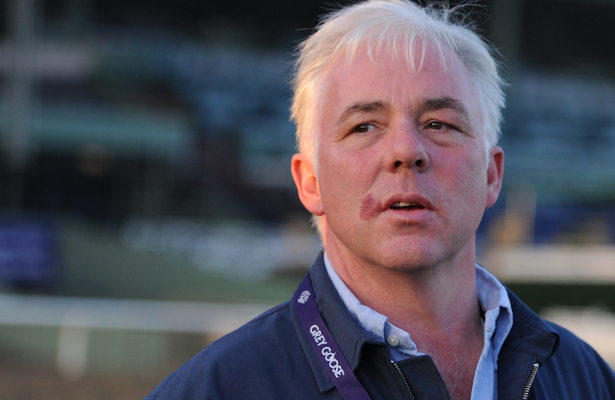 Tom Ludt, who directs Phoenix Thoroughbreds’ international operations, told British newspaper The Guardian that it was “in the best interest of Phoenix but not just one issue” as to why the ownership group removed horses from trainer Jeremy Noseda.

Among the bunch was Gronkowski, who was transferred to Chad Brown and ran second to Justify in the Belmont Stakes.

The Guardian reported this week that another Phoenix horse formerly in Noseda’s care, Walk In The Sun, tested positive for a metabolite of cocaine after a race in February. It was known that Noseda’s horse had failed a test, but the British Horseracing Authority has so far declined to disclose for the substance.

A punishment for Noseda, who formerly operated out of California and won the 2004 Breeders’ Cup Juvenile with Wilko, hasn’t been announced with the BHA’s investigation still open.

This week’s news follows a decision that left the trainer “shocked and surprised” after Phoenix Thoroughbreds removed its 14 horses from his Shalfleet Stables in May. According to The Guardian, Noseda’s operation “has been left notably quiet in recent weeks” with just three runners total last month.

Brown has said the Travers Stakes could be ahead for Gronkowski after his surprising last-to-second run. Phoenix Thoroughbreds continues to purchase horses with the high-spending operation also campaigning undefeated filly Dream Tree in the United States.

editor - April 24, 2018
0
RACING takes place at Huntingdon today and we have you covered with all the latest runners, results, tips and going news. Get yourself along...

Oscar Performance pulled up in Arlington Million as ‘precaution’

Brown wants another title for Good Magic; maybe at age 4?

State-breds get the spotlight on Louisiana Champions Day