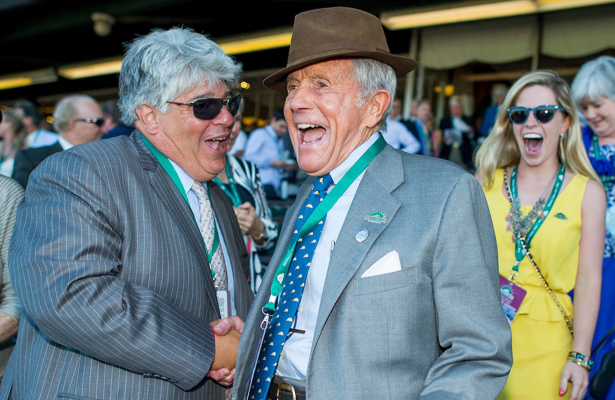 Cothran “Cot” Campbell, the Dogwood Stable founder who pioneered partnerships in horse racing and entered the National Museum of Racing and Hall of Fame this year, died Saturday, according to Aiken Standard reporter Deirdre B. Biles. He was 91.

Dogwood Stable is credited for bringing more than 1,200 new owners into racing with at least 70 stakes winners campaigned in its green and yellow silks, also among them Summer Squall, the 1990 Preakness Stakes winner, and Storm Song, who won the 1996 Breeders’ Cup Juvenile Fillies and earned an Eclipse Award.

Campbell came up with the idea to syndicate shares of horses to both bring in new owners and minimize risk.

Keeneland remembers industry leader Cot Campbell, a prominent figure at our annual sales and whose Dogwood Stable won 8 stakes races at #Keeneland over the course of five decades. pic.twitter.com/0nqpMI3Gbv

Hughie Morrison handed £1000 fine but escapes a ban after disciplinary...

RCA frustrated as unauthorised drones used at racecourses to give in-running...