An up-and-down week for Willie Mullins ended on a high as Minella Encore made every yard of the running in the Guinness INH Flat Race.

It has been a challenging few days for the champion trainer, with the shock defeat of Faugheen in the Ryanair Hurdle earlier in the afternoon following on from the disappointing displays of Yorkhill and Djakadam and Nichols Canyon’s fatal fall on Thursday.

There have been other peaks and troughs over the course of the meeting, but Minella Encore’s all-the-way success provided him with his fourth winner of the day at Leopardstown and Limerick combined and his 10th over the Christmas period.

Minella Encore was a 3-1 shot to follow up his Rules debut success at Fairyhouse and displayed a willing attitude under the trainer’s son Patrick to see off The Gunner Murphy by a length and three-quarters.

Daly Tiger, the 5-4 favourite, was seven lengths further away in third.

Patrick Mullins said: “I told Willie beforehand ‘don’t worry, we’ll win the bumper, everything is going to be OK’. I don’t know if it quite makes up for earlier, but it’s great.

“He’s improved an awful lot from Fairyhouse and he just has a very high cruising speed, so we were able to go a good gallop and he kept going.

“To be honest, I was a little disappointed with him in Fairyhouse. We thought he was better than the bare result and what he did today was what he was showing us before the first run.”

Mullins senior added: “I thought Patrick was absolutely fantastic on him. He read him right and was hoping he would improve from the hard race he had the last day, which he did.

“It’s a testament to the horse that he improved from that as he had a very hard race in Fairyhouse, but the experience of that paid off.

“I was going to go hurdling with him but I think we have to have a change of heart and maybe we’ll keep him to bumpers this year, but we’ll see. We’ll have a chat with the owners.”

Web too strong for rivals

The Tom Mullins-trained six-year-old had been largely disappointing of late, but was dangerously well handicapped on his hurdle form and was sent off a well-backed 13-2 joint-favourite for the opening contest on the fourth and final day of the Christmas Festival.

Carrying the colours of JP McManus, Spider Web made his move in the back straight and hit the front rounding the home turn.

With the final fence bypassed, several horses attempted to reel him in, but Crimin’s mount found plenty for pressure and passed the post seven and a half lengths ahead of Bilko.

Mullins said: “He’s a good jumper and just when Shane asked him he got there a bit soon

“I fancied him a little bit the last day but I’d say two miles wasn’t his cup of tea. Two-five today was perfect for him.

“He had a couple of good wins as a novice hurdler and then he couldn’t find his way last year. He got to a mark of 110 and just couldn’t improve off it.

“He’s come back a nicer horse this year. Chasing is his game definitely. We’ll see if we can find another handicap now.” 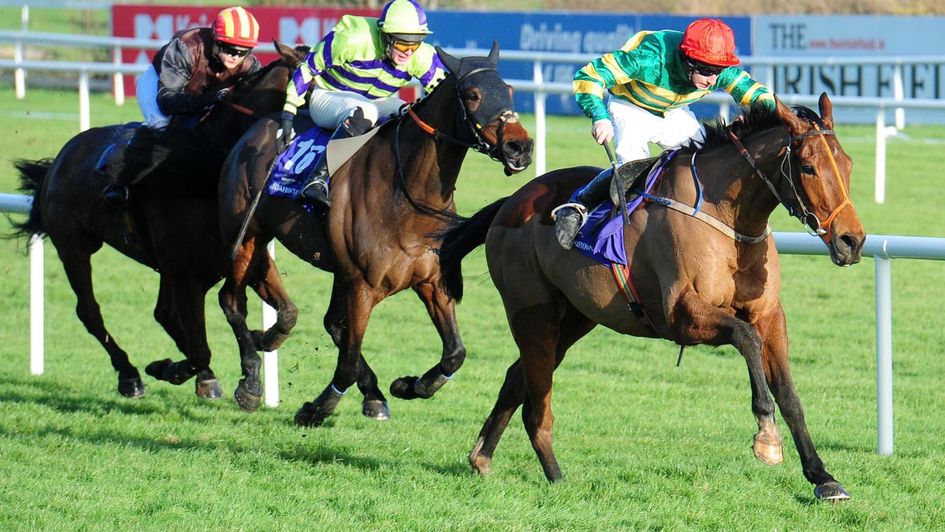 Spider Web is clear at Leopardstown

Dicey O’Reilly was a surprise winner of the Pigsback.com Maiden Hurdle.

Ballyward, not seen since winning a bumper at this meeting a year ago, was the 6-4 favourite to make a successful hurdling debut for Willie Mullins, while Jessica Harrington’s Someday and the Joseph O’Brien-trained Mortal were also prominent in the market.

Having finished a well-beaten fourth on his hurdling bow at Cork, Henry de Bromhead’s Dicey O’Reilly was a largely unconsidered 18-1 shot in the hands of 5lb claimer Dylan Robinson, but was always prominent and came home best in the straight to score by three and a half lengths.

Mortal filled the runner-up spot ahead of Someday and Ballyward in third and fourth respectively.

De Bromhead said: “I’m delighted with him. It’s brilliant to get it for the owners, Brian and Carmel Acheson, who are great supporters.

“He was bought out of a point-to-point. As I seem to keep saying lately, there were a lot of long faces when he got well beaten in Cork.

“We found a problem with him and he seems good since. He showed on the track what he shows us at home. He’ll go for a novice hurdle now. He’s entitled to as that was a good maiden and he won nicely.” 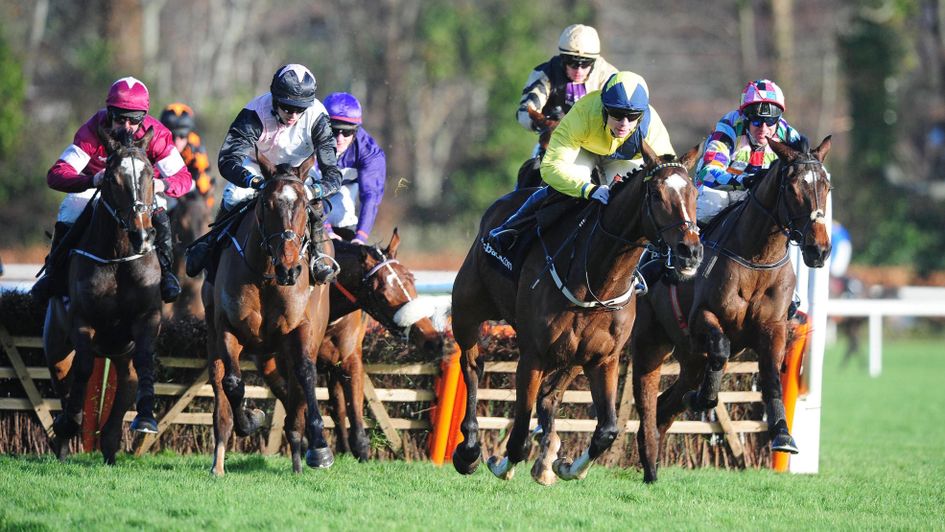 Dicey O’Reilly (second left) is about to spring a surprise

De Bromhead saddled his second winner of the afternoon and seventh of the Christmas Festival as Mind’s Eye justified 4-1 favouritism in the Top Oil Irish EBF Novice Handicap Hurdle.

The five-year-old knuckled down to see off Darkest Flyer by three-quarters of a length, also completing a double on the day for Davy Russell following the surprise success of Mick Jazz in the Ryanair Hurdle.

De Bromhead said: “It’s been fantastic, we’ve had some great results and a double today. It’s great to get two winners with two nice horses. I’m delighted to get them and delighted for everyone at home.

“I was worried about the trip with this horse, but he did it really well and nobody else seemed to be worried, only me. Davy gave him a beautiful ride. He won that off 125 and we’ll see what the handicapper does. He’s got options, which is great.”

Cracksman wins the Champion Stakes in scintillating style at Ascot |...

The Latest: Horse races cancelled in North Texas due to heat