Grade One for Mullins’ Aramon

Aramon ran out a dominant winner of the Paddy Power Future Champions Novice Hurdle at Leopardstown.

Willie Mullins had saddled four previous winners of the Grade One contest – including each of the last three – and this year had readied a twin assault.

Having finished third behind stablemate Quick Grabim in the Royal Bond at Fairyhouse on his latest outing, Aramon was a 6/1 chance in the hands of Ruby Walsh, with stablemate Sancta Simona a better-fancied 5-2 shot under Barry Geraghty.

Walsh settled Aramon at the rear of the six-strong field for much of the two-mile journey, but was travelling powerfully in behind the leaders rounding the home turn.

Once the gap came, the five-year-old joined Sancta Simona for the lead at the final flight and fairly shot clear on the run-in, coming home with 10 lengths in hand. Tintangle was three lengths further back in third. 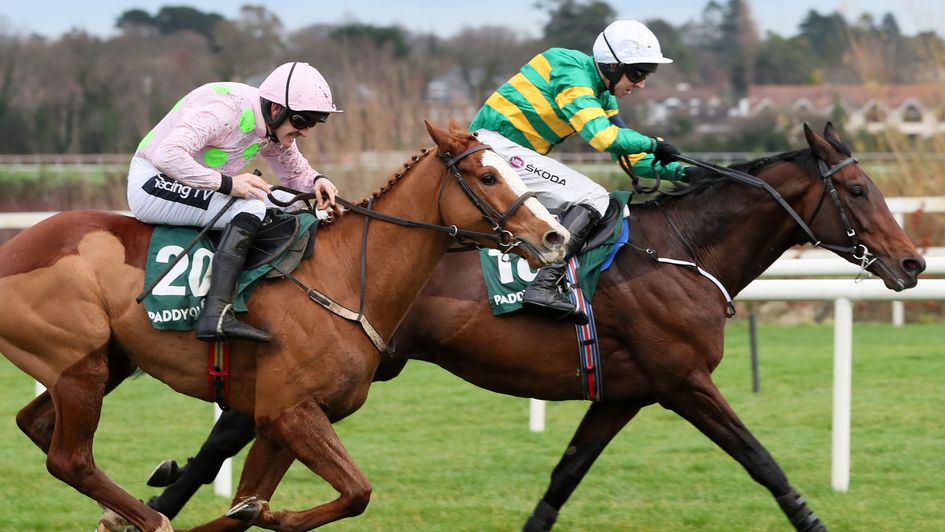 High-class Flat performer Sir Erec made a successful start to his jumping career in a thrilling climax to the Paddy Power “Only 363 Days Till Christmas” 3-Y-O Maiden Hurdle at Leopardstown.

The son of Camelot won a Curragh maiden and a Listed prize at Limerick earlier in the year, before finishing third behind star stayer Stradivarius in the Long Distance Cup at Ascot.

Having subsequently moved from Aidan O’Brien’s yard to join his son, Joseph, Sir Erec was unsurprisingly a warm order for his hurdling bow as the 11-10 favourite, carrying the colours of JP McManus.

Sir Erec jumped well in the main and travelled powerfully into the home straight – but the Willie Mullins-trained Tiger Tap Tap was going similarly well in his slipstream.

The two settled down to fight it out after the final flight and, following a titanic tussle, it was the O’Brien runner who passed the post a neck to the good in the hands of Mark Walsh.

O’Brien said: “He was obviously a decent horse on the Flat and he jumped well. His jumping will come on a nice bit for that. I was a bit nervous before the race, because there was a really strong word for the second.

“I’m delighted to see him do that and he was tough from the back of the last when he had to be. You can only do as much as you can at home and then they have to go and run. He had always schooled nicely, so it’s nice to see him go and win.

“He’ll probably come back here next as that makes sense. He stays well and he’ll have to come on from that.”

Walsh swiftly doubled up as Paloma Blue got off the mark over fences at the second attempt in the Paddy Power “Live Stream All Irish Racing On Our App” Beginners Chase.

Third in the Deloitte Novice Hurdle at Leopardstown and fourth in the Supreme at Cheltenham, Henry de Bromhead’s inmate was odds-on for his introduction to the larger obstacles at Navan last month, but could only finish fourth.

He was a 4-1 shot to bounce back to winning ways and while his task was made easier by the final-fence fall of 9-4 favourite Real Steel, he ultimately won well, by six and a half lengths.

“I’m delighted with that. His jumping is still a bit dodgy, but he’s getting there,” said de Bromhead. “I’m not sure making the running was ideal, but we had to because he needs a good even gallop. He seemed to be looking around a lot. He’s classy. 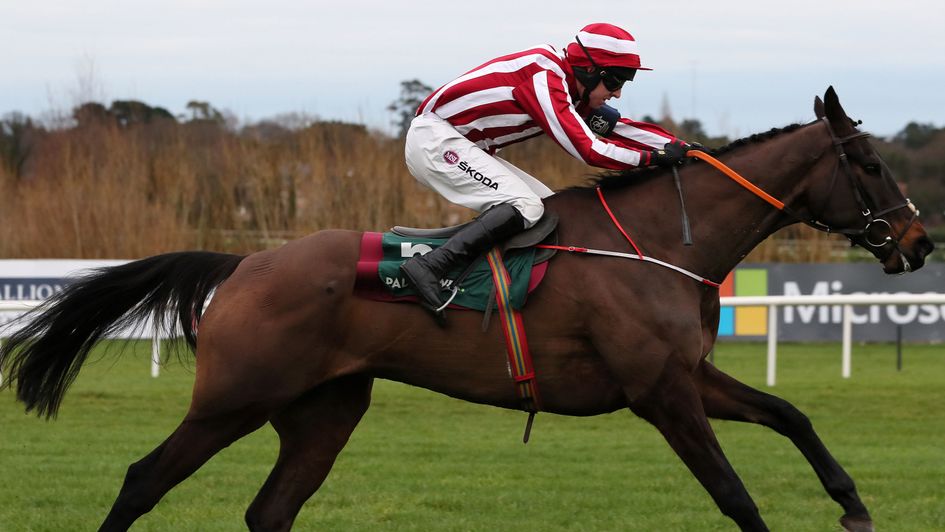 Paloma Blue is back to winning ways

The Enda Bolger-trained Auvergnat was a 28-1 winner of the 200,000 euro Paddy Power Chase.

Better known for his exploits in the cross-country sphere, the eight-year-old was one of eight runners for JP McManus in a field of 27 runners.

With 3lb claimer Donal McInerney on his back, Auvergnat was in front on the run to the final fence and he found plenty to score by six and a half lengths from 33-1 shot Vieux Morvan.

Bolger said: “He’ll have a penalty for the La Touche now anyway! He travelled so sweet. Last week we put blinkers on him because he ran in a couple of hurdle races and ran terrible lazy.

“He was on fire everywhere today. Even though Donie lost his whip on the run-in he didn’t need it. He’ll probably go to the cross-country in Cheltenham and we’ll see after that. This will be well celebrated tonight.” 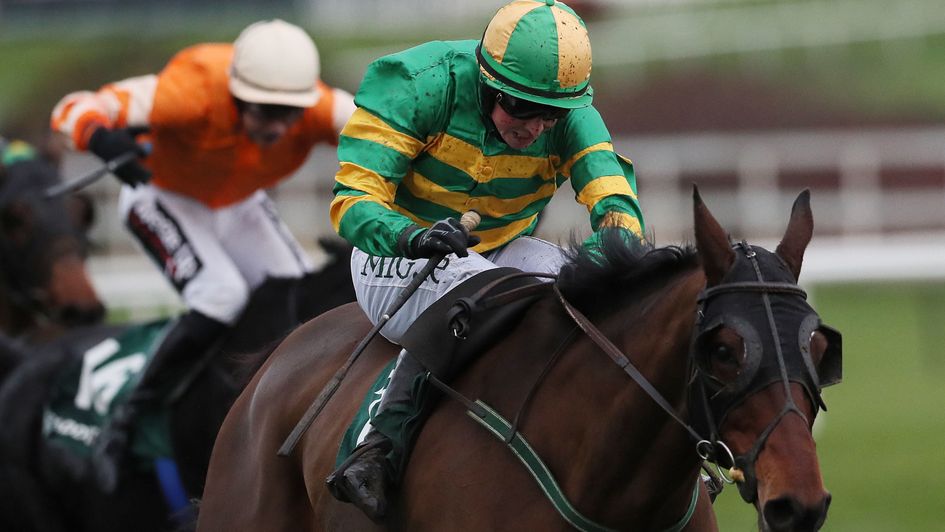