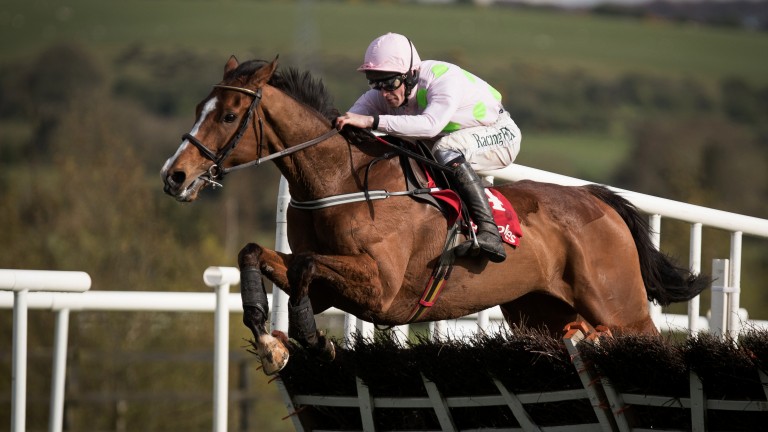 Gordon Elliott and his team will check out the ground at Punchestown on Sunday before deciding on Samcro’s particiapation in a barnstorming Grade 1 Unibet Morgiana Hurdle.

If he gets the go-ahead, Samcro, who suffered a surprise defeat on his reappearance at Down Royal two weeks ago, is likely to face five rivals, including Faugheen, winner of the race a year ago, and Supasundae.

Elliott said: “Samcro is in good form and we’re all looking forward to running him on Sunday, but the ground is the whole thing. We’ll see what the jockeys have to say about it tomorrow and then check out the situation on Sunday morning.”

The ground at Punchestown was described as good, good to yielding in places in advance of the meeting there on Saturday.

Speaking on Friday afternoon the racecourse’s PR and communications manager Shona Dreaper said: “We had 2 millimetres of rain overnight but none today and we’re not expecting rain of any significance. But the staff here have been busy and carried out selective watering yesterday and again today to maintain the current ground conditions.”

It promises to be a super Sunday for jumps fans, with Cheltenham’s three-day November meeting reaching its climax with plenty of stars on show.

Last weekend’s Elite Hurdle winner Verdana Blue is set for a quick reappearance after being declared for the Grade 3 Greatwood Handicap Hurdle.

Old Guard, who was successful in the race in 2015, heads the weights, along with Western Ryder and the improving Silver Streak.

Injury forced Sceau Royal to miss the Arkle last season, but the Alan King-trained six-year-old is set to return in the Grade 2 Shloer Chase, in which he will face five rivals including Simply Ned and Brain Power.

A field of six has been declared for the other Grade 2 chase on the card, the Racing Post Arkle Trophy Trial. Claimantakinforgan made a successful chase debut at Uttoxeter at the start of the month. Grade 1-winning hurdlers Defi Du Seuil, Lalor and Pingshou are also set to start off their chase careers in the race.

editor - October 23, 2018
0
THANKS to Wiretap being in the line-up, TURJOMAAN could go off odds-against in the 2.40 at Newcastle. That would make him a very backable...

‘Rough And Gruff’ Swinebroad Left His Mark On Keeneland Auctions –...

And They’re Off Area church simulates horse racing as a fundraiser...