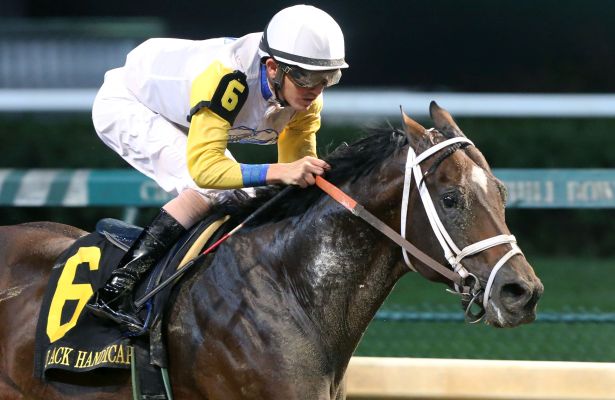 Charles Fipke’s 6-year-old homebred horse powered the half-mile in 47 4/5 seconds, according to the official clockers on a busy workout morning.

Seeking the Soul worked the same distance in 59 3/5 seconds a week earlier and three-quarters of a mile in 1:11 the week before that in preparation for America’s richest race. Stewart said the horse will have one more workout next Saturday in New Orleans before flying to south Florida on Jan. 22. Hall of Fame jockey John Velazquez has the mount.

Seeking the Soul, fifth in last year’s Pegasus, comes into the 1 1/8-mile stakes off of a third-place finish in Churchill Downs’ Grade 1 Clark Handicap, a stakes he captured in 2017. He finished second Nov. 3 behind Pegasus contender City of Light in the Breeders’ Cup Dirt Mile (G1).

“If he gets a good position and it’s his day, he’s very competitive,” Fipke said by phone. “He’s an outstanding horse, and he deserves to take another shot. The last Pegasus, unfortunately, he got a bone chip that Dr. (Robert) Hunt said probably affected his race, so he only came in fifth. It took a long time for him to recover.  But he won a Grade 3 at Churchill, and we’re hoping” for a big performance.

Off almost six months, Seeking the Soul was second by a head in Indiana Grand’s Schaefer Memorial, followed by a disappointing effort in Saratoga’s Grade 1 Woodward. He rebounded to take Churchill’s Grade 3 Ack Ack under jockey Brian Hernandez Jr. as the springboard to the Breeders’ Cup.

Globetrotting Toast Of New York down in class for British homecoming...