Trainer Shark Hanlon has been hit with an 18-month suspended sentence of his licence after his Galway festival winner Camlann tested positive for elevated levels of cobalt.

Hanlon, who has indicated that he will appeal the sanction, has also been fined €7,000 and ordered to pay costs of €2,000 on behalf of the Irish Horseracing Regulatory Board, which had two busy days of referrals on Monday and Tuesday.

The IHRB referrals committee stated that, because it was Hanlon’s second unexplained adverse analytical finding after Diamond Dame tested positive for Lasix following her win at Listowel in September 2016, the 18-month suspension would be triggered – on top of any separate sanction – should a similar breach occur within the next three years.

“I was told the threshold is 100 [ng/ml] and that Camlann’s reading was 117,” Hanlon told the Racing Post. “But I was never told there is a margin of error of 14, so he was only three over when you factor that in. I was administering four over-the-counter supplements, and I’ve noticed that two of those have since had the B12 removed.”

The Mee family-owned Camlann has been disqualified and Make It Hurrah, the Jessica Harrington-trained runner-up, has been promoted to first in the 1m4f handicap.

On behalf of the IHRB, Professor Stuart Paine of the University of Nottingham advised that the information provided by the IHRB and analysis carried out by LGC laboratory indicated that Camlann had either been injected with a vitamin B12 product containing cobalt or been given an extremely large amount of such a product orally within the 12-hour period prior to the sample being taken on the evening of 2nd August.

Hanlon, who did not have the B sample tested, told the committee that Camlann had been receiving a supplement that contained cobalt and vitamin B12 but that it wasn’t administered on the day of the race.

Cobalt has emerged internationally as a contentious substance. It is a trace mineral found in B vitamins that exists naturally in small quantities in horses. 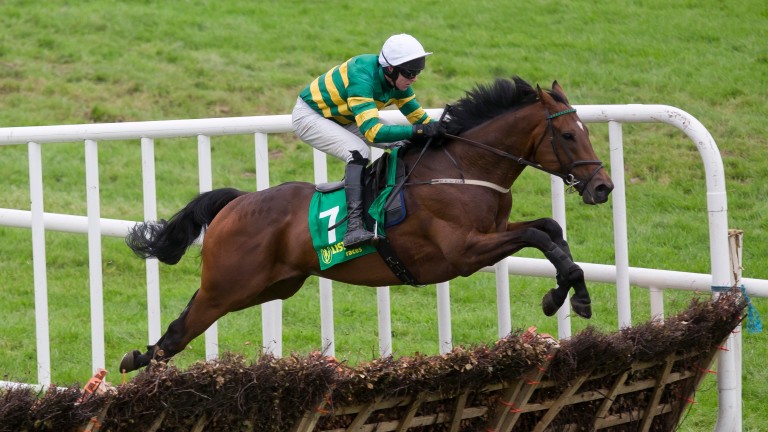 Timiyan, Gordon Elliott’s Midlands National winner at Kilbeggan on July 20, has also been disqualified after testing positive for the anti-inflammatory triamcinolone acetonide (TCA).

Elliott, who was fined €1,000, said the JP McManus-owned horse had been administering the injection for a back problem on July 4. There is a 14-day withdrawal period, but accepted the evidence of the IHRB chief veterinary officer that a longer withdrawal period should have been observed due to the site of the injection. Elliott’s Rogue Angel has been promoted to first.

Dermot Weld’s Aga Khan-owned Kisanga has been disqualified from her Curragh maiden win in June after being testing positive for testosterone.

A joint investigation by the IHRB and Weld veterinary teams found that the substance was naturally occurring as a result of a “granulosa cell tumour”. Weld received no sanction as the committee accepted that he was unaware of the condition. Jim Bolger’s National Security was promoted to first.

Racing! One week to go at Santa Anita

Review of the action from Boxing Day meeting at Kempton –...

Too Darn Hot ready for Group 1 test as he puts...